Christine Robichon, Ambassador of France to Sri Lanka and the Maldives, undertook a tour in Kelanyia and Kandy on May 30 and 31st 2013, before heading to the districts of Batticaloa and Ampara, from June 1st to June 5th , and continuing to the districts of Badulla and Ratnapura from June 6th to June 8th . The aim of this visit was to understand better the conditions of living and aspirations of the people, particularly the women and the youth while assessing the progresses in reconstruction of both the economic infrastructures and the social fabric in the districts affected by war. At the Kelaniya University, the French Ambassador was the chief guest of the opening of an international seminar on linguistic of ancient Tamil epigraphic texts, which was organized in collaboration with the French Center for Scientific Research, CNRS. In Kandy, she paid a visit to the Alliance Française where she discussed the coming cultural activities of their organization, before meeting with a local organization working, among other, on women and child abuses. In the Eastern province, she had meetings with Members of Parliament and Municipal and Urban Councils, the United Nations agencies, representatives of civil society and local organizations, as well as with the staff and the students of the Eastern and the South Eastern Universities. She witnessed the development of the economy of the districts affected by war while visiting an apparel factory in Ampara and seeing the booming in touristic infrastructures in Passekudah. In Batticaloa, she also visited several successful European Union-funded projects to support small businesses run by single women headed households, implemented by the French NGO ACTED. In Ampara, she participated to the opening of an Early Childhood Care and Development unit in the Zonal Education Office of Akairipattu, in the framework of a program financed by AFD, French Agency for Development and the French Organisation Solidarité Laïque and implemented throughout the Eastern Province with three local counterparts. Celebrating the world environment day on June 5th, the Ambassador and the Chairman of the Urban council of Ampara visited the solid waste management facilities in Ampara, which are part of the environmental remediation program covering 12 local authorities of the district, financed by the European Union and implemented by UNOPS. During her meetings in the Eastern Province, the Ambassador paid a particular attention to the relations between ethnic and religious communities and to land related issues. She was briefed on several cases of land disputes and she witnessed the despair of some of the inhabitants of Ashraf Nagar village, whose lands have been integrated in an Army camp. In the Uva Province, she was briefed on the social needs of the tea plantations Tamil workers. During her journey in and around Kandy, Batticaloa, Kalmunai, Haputale and Balangoda, Christine Robichon visited Buddhist, Hindu, Muslim and Christians religious sites, which are part of the rich multicultural and multi religious heritage of the country. The Ambassador was pleased to hear many stressed the importance of communal harmony. “Initiatives such as the Sri Lankan Council of Religion for peace of Ampara, which are fostering respect, understanding and peace, through mediation and dialogue at the community level will contribute to build a better future for all Sri Lankan people” she said. 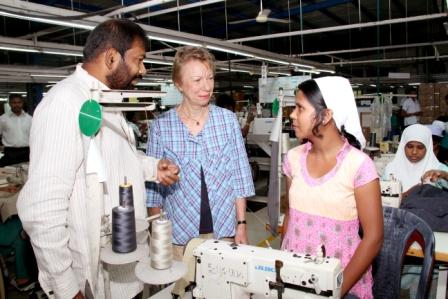 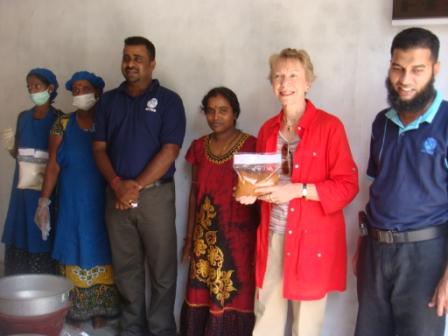 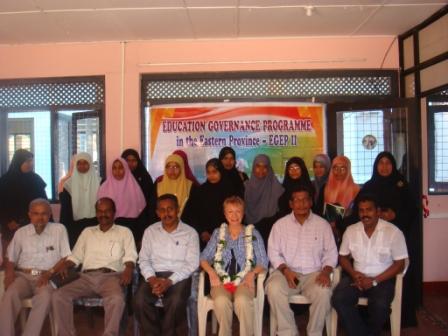 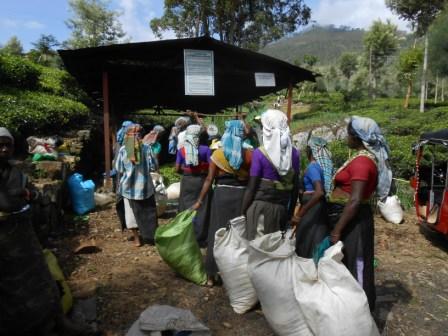 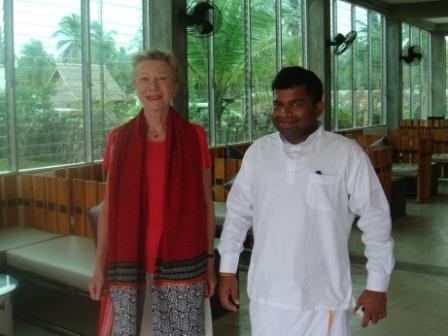 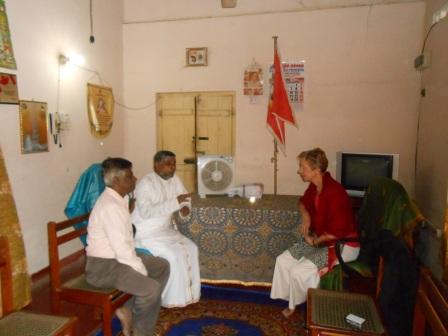