On the occasion of World Refugee Day 2017, the Embassy of France to Sri Lanka and the Maldives participates to the UN Refugee Agency (UNHCR) Film Festival to commemorate the strength, courage and perseverance of millions of refugees. From 23rd to 25th June 2017, at the National Film Corporation, 7 films and documentaries aim at raising awareness about the plight of refugees and fight préjugés.Two French movies Hope and Le Havre will be screened. Entrance is free and open to all!

Two French movies will be screened: for the opening of the Film Festival, come discover Hope from Boris Lojkine. Through the journey of Hope and Leonard, on their way to Europe, Lojkine depicts their hopes, disillusions and their complicity building up in a fiercely hostile world. In a different style, Le Havre, staring Jean-Pierre Darroussin and André Wilms, tells the story of a young migrants from Africa, trying to reach England, with the help of an old shoe shiner in the city of Le Havre. 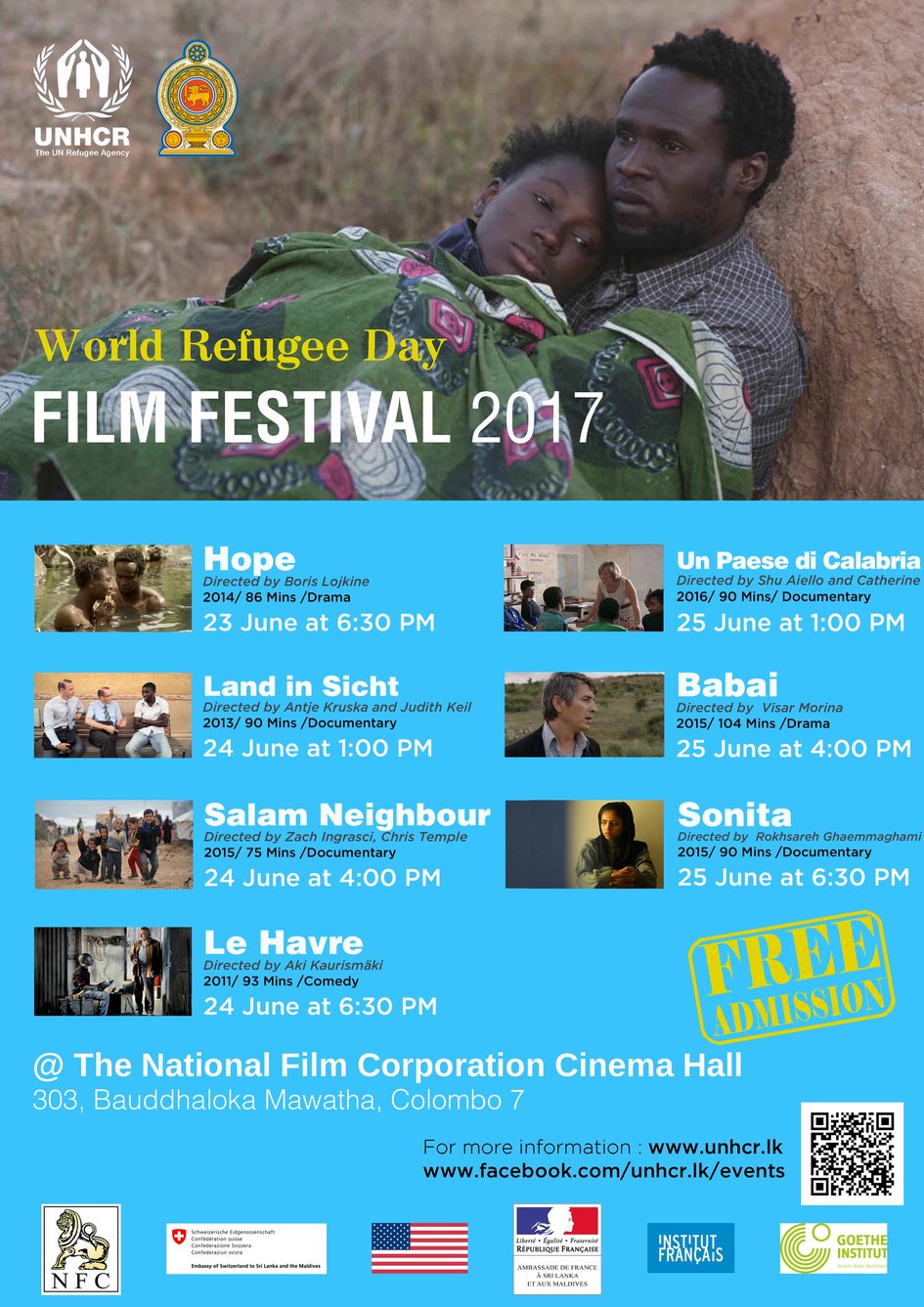 Since 1950, UNHCR works to ensure that everybody has the right to seek asylum and find safe refuge, having fled violence, persecution, war or disaster at home. An unprecedented 65.3 million people around the world have been forced from home, among which nearly 21.3 million are refugees.

Fleeing war zones, bombs, bullets and the violence, refugees are forced to abandon their homes in search of protection. As an ever increasing number of people arrive in search of a safe place to live, public anxiety results often in intolerance and misconceptions about refugees.

This year, World Refugee Day also marks a key moment for the public to show support for families forced to flee, with the launch on 19th June of the #WithRefugees petition.