The Alliance française de Kotte and the Goethe-Institut Sri Lanka invite you to their French-German co-production film series, starting on Friday 28th April, until 9th June 2017 at 7pm. All films will be shown in their original language with English subtitles. Free entrance.

Moreover, Arte Journal is a German-French channel and some movies are produced in cooperation specifically for this channel. The following movies have not common theme but common co-production, it is the creation of cooperation between two European countries. The list reaches from timeless classics to contemporary productions among all genres.

The Alliance Française and the Goethe-Institut are looking forward to welcome all of you in the Goethe-Hall, every Friday at 7 pm for 7 weeks. 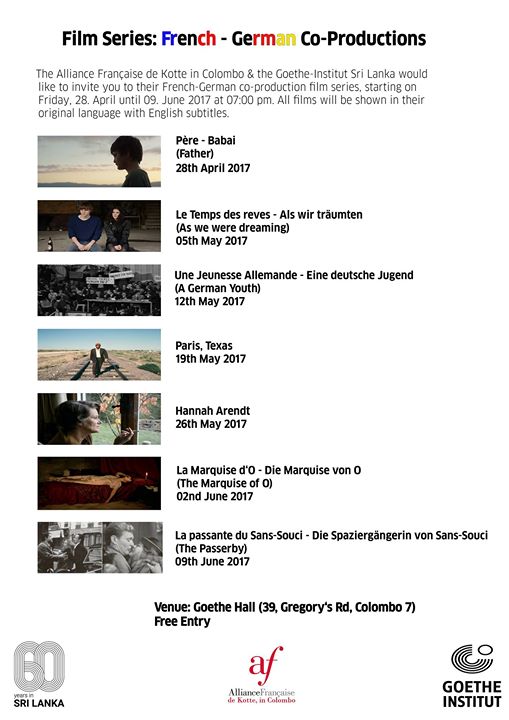