A series of events around the International Human Rights Day

In Colombo and Kandy, several events will take place to celebrate the adoption by the United Nations General Assembly and the proclamation on December 10th, 1948 of the Universal Declaration of Human Rights. They will be spread out from November 28th to December 11th in partnership with the French Development Agency, the Colombo Short Film Festival, the Alliance Française de Kotte, the German embassy, the Netherlands Embassy and many French NGOs including Médecins du Monde.

On the occasion of the publication of a study on health in Sri Lanka, "Policy review on the status of health in the plantation", co-funded by the French Development Agency (AFD) and Médecins du Monde, the Ambassador will receive on 28th November the actors of the fields of development and human rights at a cocktail at the Residence of France.

For the International Human Rights Day, on December 10th, the Embassy is sponsor and partner of the 7th edition of the Colombo Short Film Festival organized by Agenda 14. The Embassy of France will present the first "Green Prize" for the best short film on environment. France is recognized today as the privileged interlocutor in Sri Lanka regarding issues relating to the protection of the environment and the challenges of climate change related to human rights. In addition, five French environmental short films have been selected and will be screened in partnership with the Institut Français: Les Témoins du climat by GoodPlanet, The Race by Michaël Le Meur, Mémoires d’eau by Sandrine Trésor, Les Pieds verts by Elsa Duhamel et Le Jardin Enchanté by Viviane Karpp.

The next day, Mrs. Shreen Abdul Saroor will receive the Franco-German prize for human rights jointly by the two embassies during a cocktail party at the German Embassy. The founder of the Mannar Women’s Development Federation and founding member of the Women’s Action Network will be awarded for her fight against women’s rights violations in the economic, social and cultural spheres and more generally the empowerment of women. Although the war in Sri Lanka ended in 2009, war widows and female-headed households still face many challenges. Shreen gives these women a voice through advocacy and lobbying and also supports them in their search for missing members. She is also internationally recognized for her work in rallying Tamil and Muslim displaced communities during Sri Lanka’s civil war. 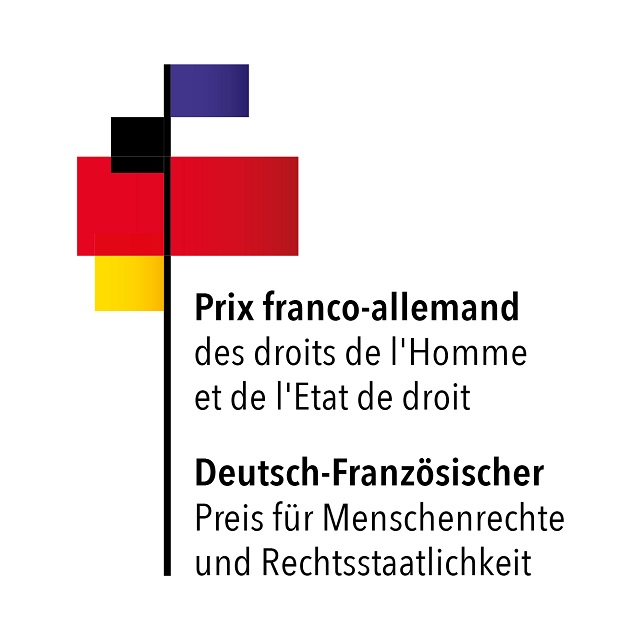 On December 5th, the Alliance Française de Kotte, in partnership with the Dutch Embassy, will offer to the public of Colombo the screening of Beth Murphy’s film "What tomorrow brings". The film follows one year in the life of the first all-girls school in a remote, conservative Afghan village. The film traces the inter-connected stories of those who bring the school to life: students, teachers, village elders, parents, and school founder Razia Jan. While the girls learn to read and write, their education goes far beyond the classroom to become lessons about tradition and time. They discover their school is the one place they can turn to understand the differences between the lives they were born into and the lives they dream of leading.

The Alliance Française has also launched an initiative, a photography contest, to think about the issue of Gender Gap in partnership with French NGOs working on the theme: ACTED, Handicap International, Médecins du Monde and PADEM. The jury is composed of the Director of the Alliance Française and the members of the NGOs and the winner will receive a voucher for photo printing and a two-day trip to Kandy in February 2018 to attend a "Gender Gap in Tea Plantations" event organized by NGO partners at the Alliance Française de Kandy. The winner will be announced during a special and public evening on December 7th in parallel with the screening of several Sri Lankan shorts films on the status of women. Discussions will be moderated by NGO representatives and Anomaa Rajakaruna, Director of Agenda 14, curator of many film festivals, multi-disciplinary artist and researcher engaged for women’s rights. 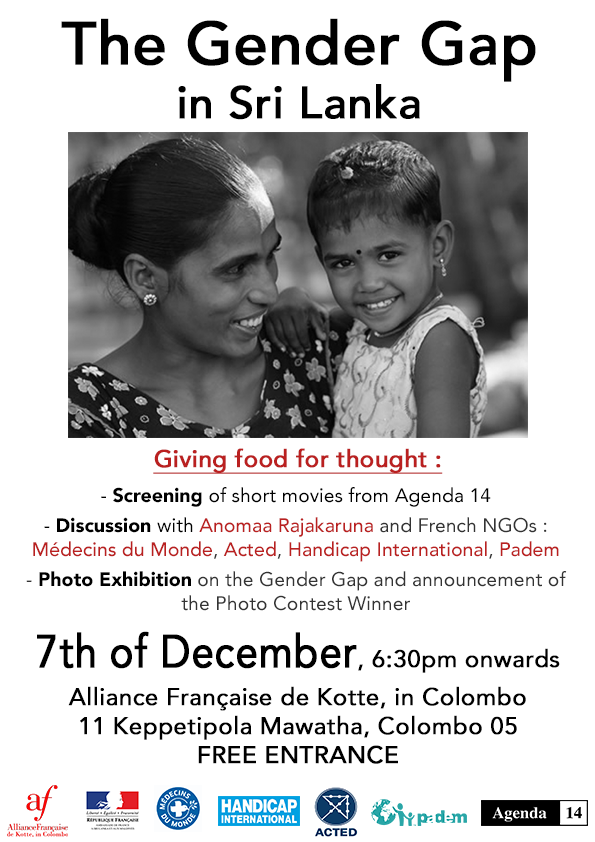