Home > Culture and Education > Cultural exchanges > French Spring Festival > A tribute to French Style in company of the candidates to Miss France (...)

The 33 candidates to the title came to Sri Lanka for their traditionnal "training tour". During this journey, organised in partnership with Sri Lankan Airlines and the Cinnamon Hotel and Resort group, they had the opportunity to experience local folklore and discover a few of the destinations of the " golden triangle" such as Sigiriya before reaching the south coast of the island.

The organisation for this stay was precise to the dot, with over 40 people to supervising the ladies: make-up and hair professionnals, photographers and journalists, all come from France. 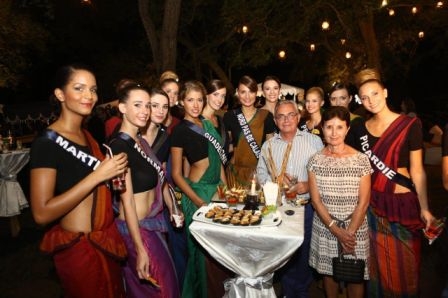 For the last night of the Miss France in Sri Lanka, a cocktail evening and a fashion show were organised at the Cinnamon Bay Hotel in Beruwala with the presence of His Excellency Jean-Paul Monchau, Ambassador of France to Sri Lanka and his wife. Marine LORPHELIN, Miss France 2013 and Sylvie TELLIER, the Director of the Miss France Committee accompanied the group of models for this adventure in Sri Lanka. This initiative celebrated France’s image as a country of style, elegance and charm. In fact, Sri Lankan press and media were very present during the tour. It will also showcase Sri Lanka as a country willing to put forth its cultural and touristic assets.TF1, one of France’s major TV channels will broadcast a show on the Miss France visit to Sri Lanka on the 7th of December on the day of the election of the future Miss France 2014. Today, already, nearly 50 000 French tourists visit Sri Lanka. 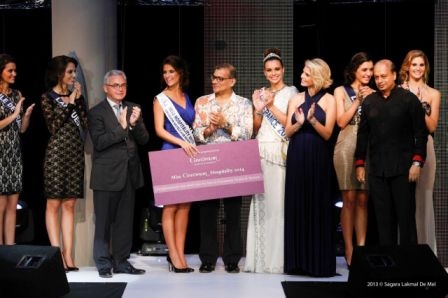