Ambassador of France’s visit to the Southern Province

H.E. Mr. Jean-Paul Monchau, Ambassador of France to Sri Lanka and the Maldives, was on an official visit in the Southern Province on 23-24 April, 2014. During his two-day visit, the Ambassador of France witnessed the development of Hambantota as a logistical hub while visiting newly-developed infrastructures such as the Mattala Rajapaksa International Airport and the Port of Hambantota. These new infrastructures, as well as the new road networks and the International Convention Center, offer the necessary setting to attract investments, especially in the Port and in the Airport area. Mr. Monchau also met with the director of the Hambantota Chamber of Commerce, Mrs. Krishanti Weerasinghe, in order to explore trade and investment opportunities between France and Sri Lanka. 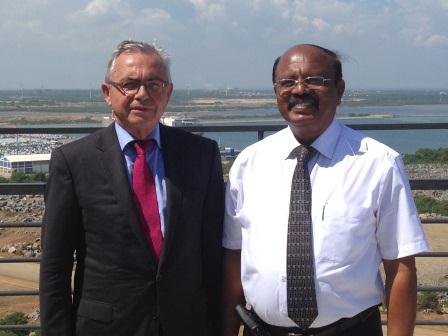 During a meeting with the Governor of the Southern Province Mrs. Kumari Balasuriya, at her Official Residence in Galle, the two officials discussed the new economic trends in the Province and the touristic development of the city of Galle, a treasure for lovers of history and well-preserved ageold buildings. The Ambassador also had the opportunity to meet the Government Agent of Galle. 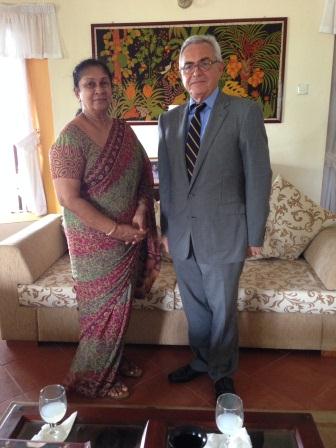 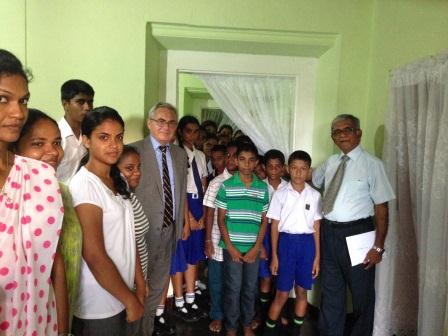 While discussing cultural and academic cooperation between the two countries, the Ambassador stressed the importance of developing French language training for tourism and business in Sri Lanka.