Home > Political affairs > Archives > 2014 > Ambassador of France accredited to the Maldives met the Vice President of (...) 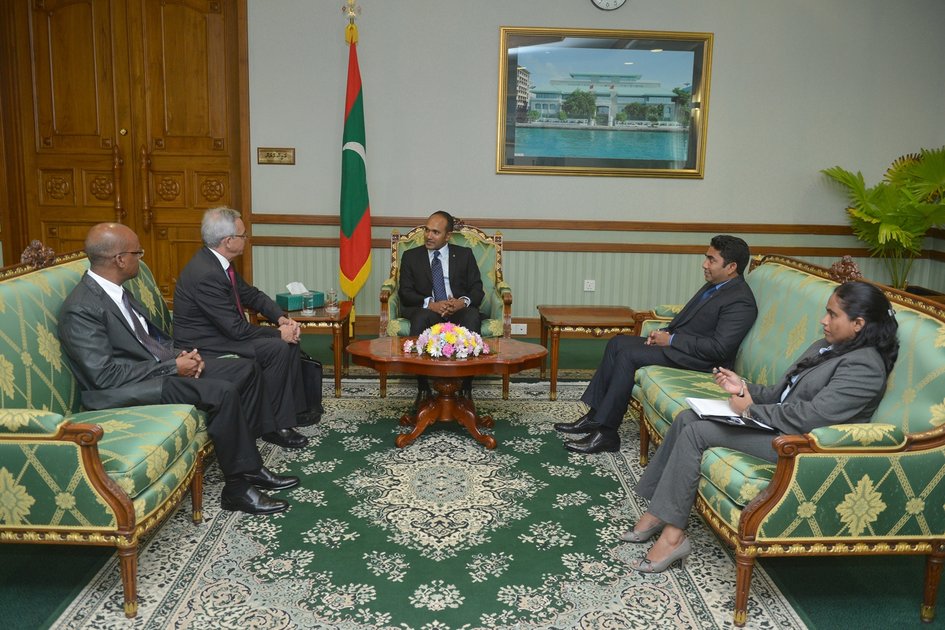 At the meeting held this afternoon at the President’s Office, Vice President Jameel and Ambassador Monchau discussed ‎bilateral relations and exchanged views on ways to further enhance ‎cooperation between the two countries.‎ ‎In this regard, discussions were held on extending cooperation between the ‎two countries in issues related to climate change and tourism development. 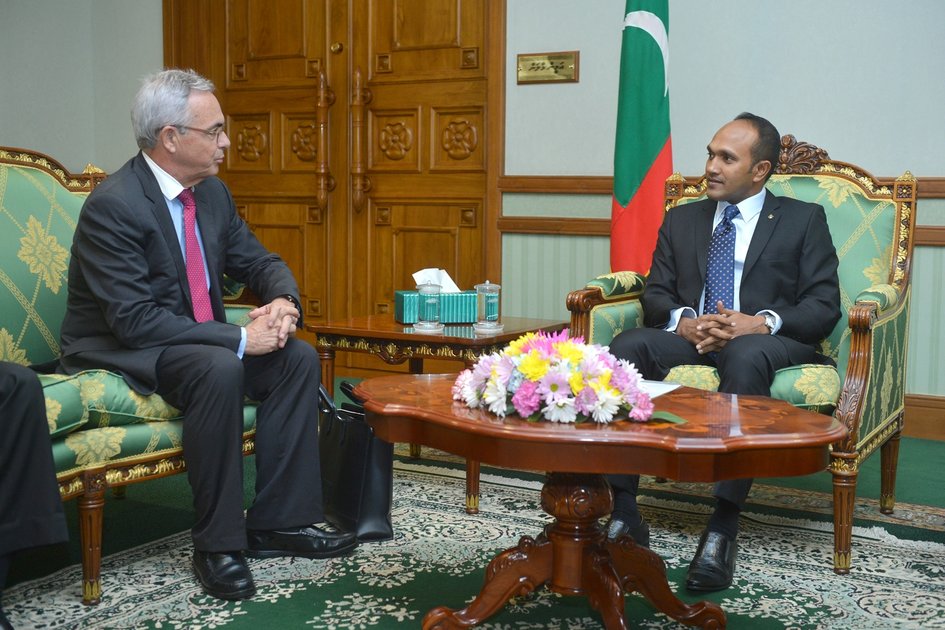 Noting that economic transformation and social sector development are featured at the top of the Government’s agenda, Vice President Jameel briefed ‎the Ambassador on the efforts of the Government in reforming the ‎social sector and bolstering the economy.‎ The Vice President also informed Ambassador Monchau ‎about prospective projects ‎for investments in the Maldives. ‎He further expressed his gratitude to the French Government for its contribution to the development of the Maldives.

Speaking at the meeting, Vice President Jameel and Ambassador Monchau emphasized the importance of increasing cultural cooperation between the two countries. Continuing in this line, they underscored the importance of promoting French language education in the Maldives.

Vice President Jameel was joined at the call by Minister at the President’s Office, Hon. Abdulla Ameen, and Joint Secretary at the Ministry of Foreign Affairs Ms. Aishath Azeema.