Le Beaujolais Nouveau est arrivé ! So goes the cry when the light, fruity wine is released at midnight…

The release of the Beaujolais Nouveau is the most anticipated event of the year for wine lovers around the world! Whether a connaisseur or simply curious about wine, you don’t want to miss this annual gathering.

Beaujolais is a wine region that is technically part of the Burgundy wine region of France. While most of Burgundy uses the Pinot Noir grape for its red wines, Beaujolais uses the Gamay grape. 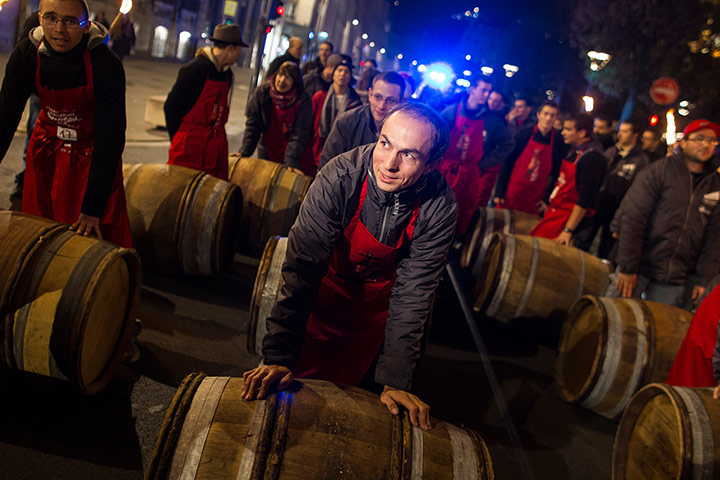 The early history of Beaujolais Nouveau can trace its roots to 19th century when the first wines of the vintage were sent down the Saône to the early bistros of Lyon. Upon their arrival signs would be put out proclaiming "Le Beaujolais Nouveau est Arrivé!" and its consumption was seen as a celebration of another successful harvest. In the 1960’s, this style of simple Beaujolais became increasingly popular worldwide.

But you have to keep in mind that Beaujolais is a drop in the ocean; France can offer plenty of delicious and famous wines that you could try as well! France can also provide very good old wine: French wine is produced all throughout France, in quantities between 50 and 60 million hectolitres per year.

Café Francais, in Colombo, have organized a great night for Beaujolais Nouveau on 17th November. 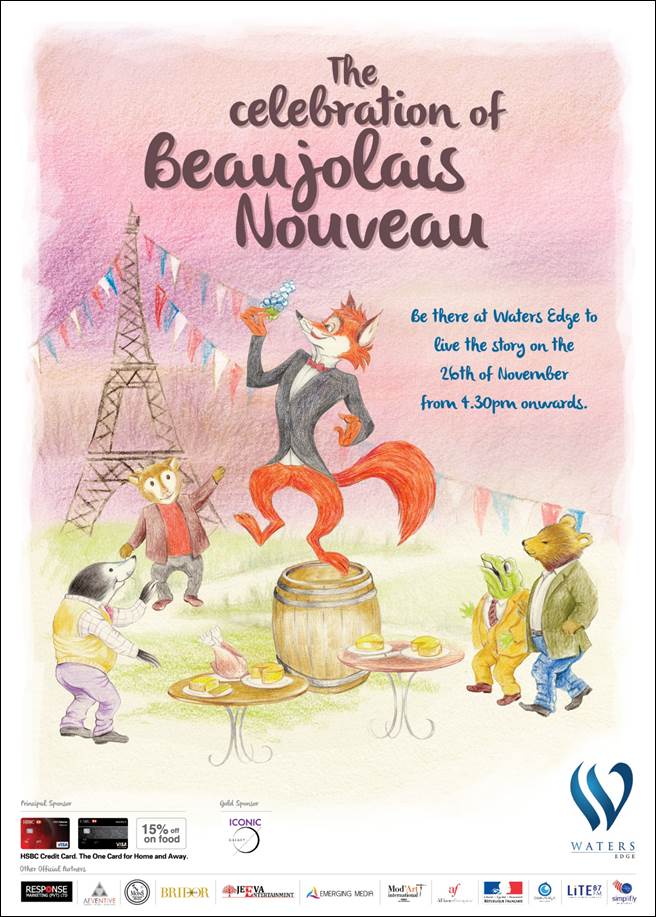 The Embassy of France in Sri Lanka and the Maldives takes also pleasure in joining Waters Edge to celebrate this famous wine festival, on 26th of November 4.30 PM onwards.