Blacksmith of Freedom, by William Cally presented in Sri Lanka

The Alliances Françaises in Sri Lanka and the Maldives, in Association with Institut Français and Reunion Island present this cinema-conference in several cities between 24th of November and 1st December.

Coproduced by Kapali Studios and France Television, “Elie, Blacksmith of Freedom”, a documentary movie, refers to an exceptional event, unique in the history of Reunion Island in 1811, when an uprising of 400 slaves took place, which managed to shake the foundations of the colonial system even if only for a few days before being betrayed and ruthlessly repressed by local authorities. The film tries to revive the memory of all those human beings who defended the worthiest of causes: their freedom.

Based on interviews with a number of historians and scholars, it is illustrated with superbly convincing fictional sequences, which required precise and thorough historical reconstruction and costume re-creation, the first in the genre in and about Reunion Island. 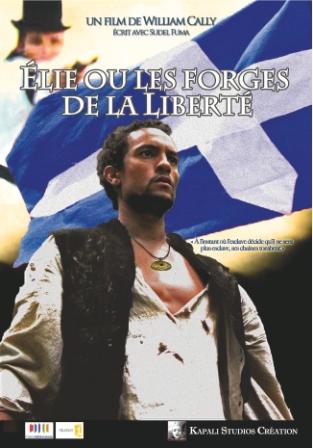 William Cally, born in 1977 in Saint-Denis, Reunion Island, has a doctorate in French and ComparativeLiterature. Early passionate for writing, he was awarded the "University Price for Novel " in Reunion Island in 1997 and in 2003 and the "Price of the Indian Ocean Novel" in 2000 and 2005. Beside, he has started screenwriting and filmmaking, actively participating in the emergence of a young cinema of the Reunion island with shorts fiction and documentary-fiction films.