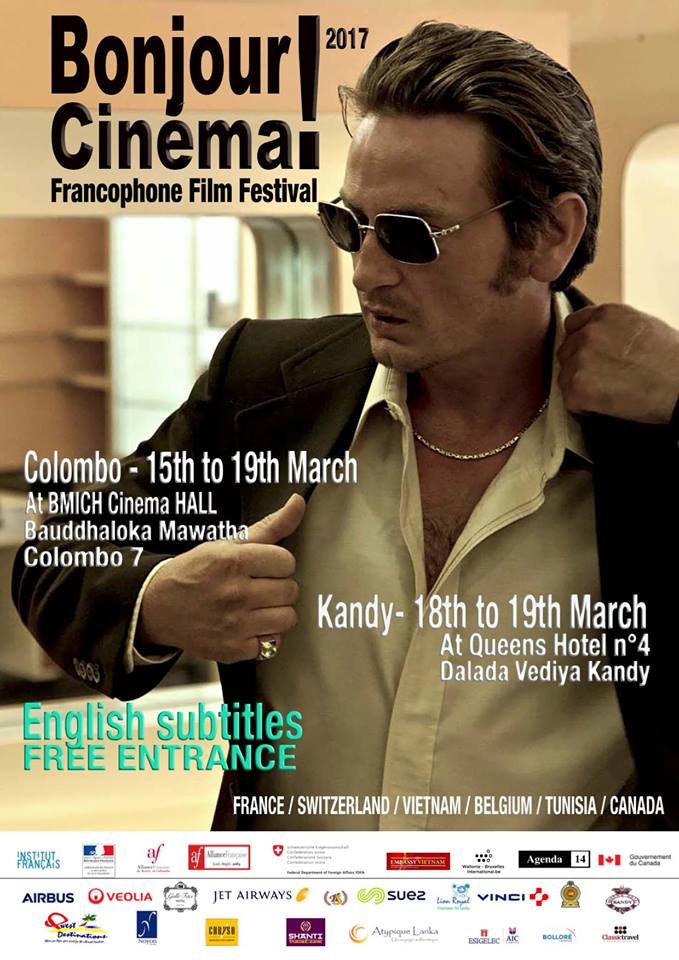 In 2017, Bonjour Cinéma! will be held from the 15th to the 19th March in Colombo and from the 18th to the 19th March in Kandy and take place under the patronage of internationally-renowned actress Swarna Mallawarachchi who just took home a Lifetime Achievement award at the 23th Vesoul International Film Festival (VIFF) of Asian Cinema in France. She is known as the “Golden star of Sinhalese cinema”, has won the best actress award 26 times and has been a UNHCR ambassador for women’s rights in Sri Lanka since 2004. We also have the great honor to host the Film Maker Sumitra Peries as Special Guest.

This year the Festival is celebrating diversity and cultural dialogue and will present a collection of very high-quality movies produced in member countries of the International Organisation of “La Francophonie” (OIF), reflecting the diversity of the francophone world. All the films will be presented with English subtitles, enabling the audience to experience different aspects of the Francophone world through cinema. Aiming at bringing free cultural activities that entertain, educate and improve cross-cultural understanding, to both Sri Lanka and international community, young Sri Lankan cinema will also be present through a series of four short films which will be shown before the official selection. 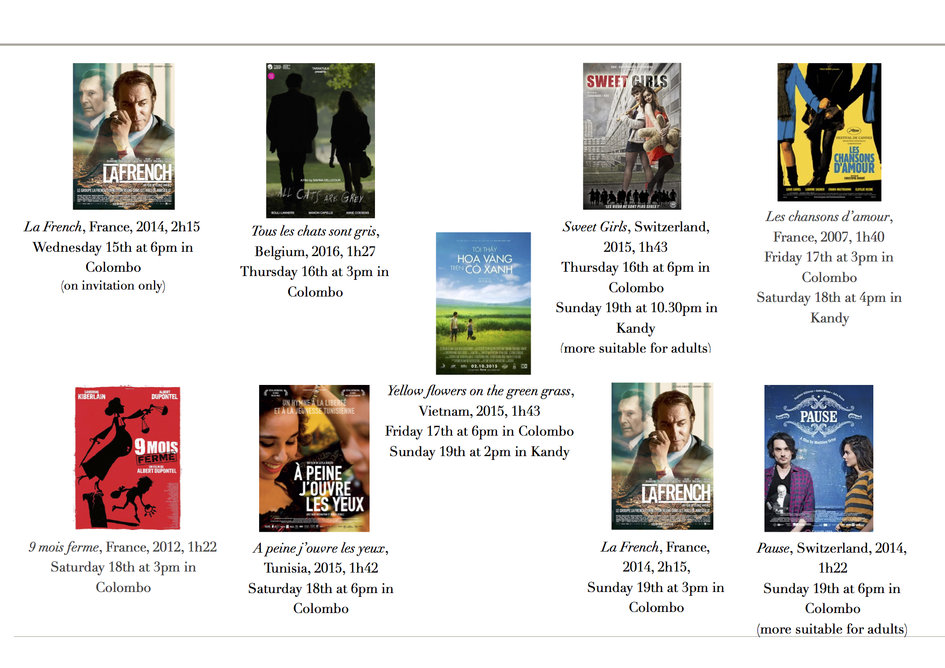 The entire team of the Festival gives special thanks to Agenda 14, Bandaranaike Center for International Studies (BCIS), the Institut Français and all other partners and sponsors for contributing to the 12th edition of Bonjour Cinéma!.