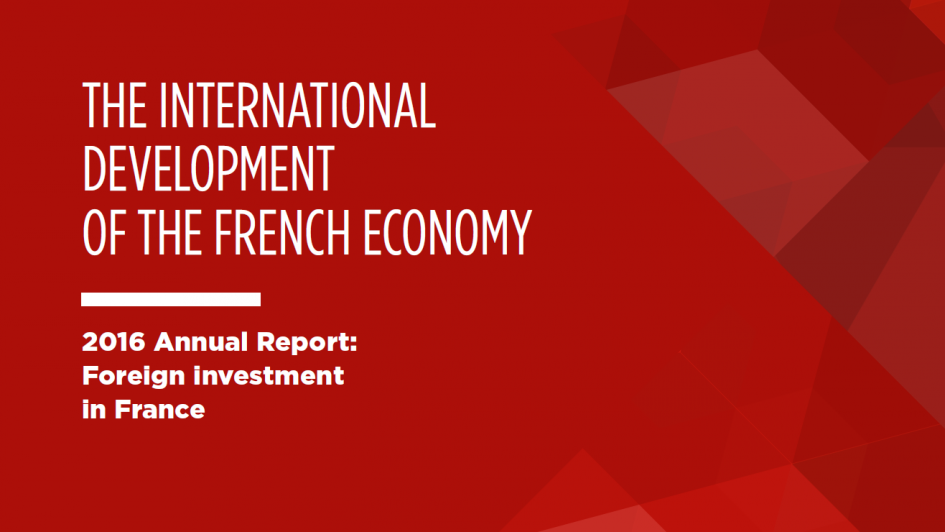 Foreign investors regularly acclaim France as an attractive and innovative economy. More than one-third (38%) of foreign decision-makers believe France has become an increasingly attractive proposition in recent years, while three-quarters of them now think that France is an attractive destination.

The figures speak for themselves: France is an increasingly attractive investment location.

In 2016, three new foreign investments were confirmed on average every day. France attracted 1,117 new job-creating foreign investment decisions in 2016 – up 16% from the previous year – that created or maintained 30,108 jobs.

Key to this success were France’s numerous fundamental strengths: its central location, excellent communication and transport infrastructure, industrial prowess in a wide range of sectors, high productivity, and a well-qualified workforce. In the light of such recognition, France continues to attract investment to ‘strategic’ business activities, and has now been Europe’s leading destination for foreign investment in industry for more than a decade. The French economy is becoming increasingly globalized, and the trade and investment synergies are fueling business development throughout the country. France’s strategic location makes it a natural export hub for countries throughout Europe and Africa. In 2016, as in the previous year, 30% of French exports were made by foreign-owned subsidiaries in France. The 2016 Annual Report illustrates that France is an open country that remains a preferred destination for foreign investment in Europe. Overall, France has shown that it attracts businesses of all sizes, sectors and nationalities, while 2016 was also notable for Germany becoming the largest source of job-creating foreign investment in France for the first time, with 191 confirmed projects.

Innovation is recognized by business decision-makers to be a driving force behind France’s attractiveness as an investment location, as is the thriving “La French Tech” ecosystem. In 2016, the 155 investment decisions in R&D, engineering and design, including 72 in R&D alone, confirmed this trend.