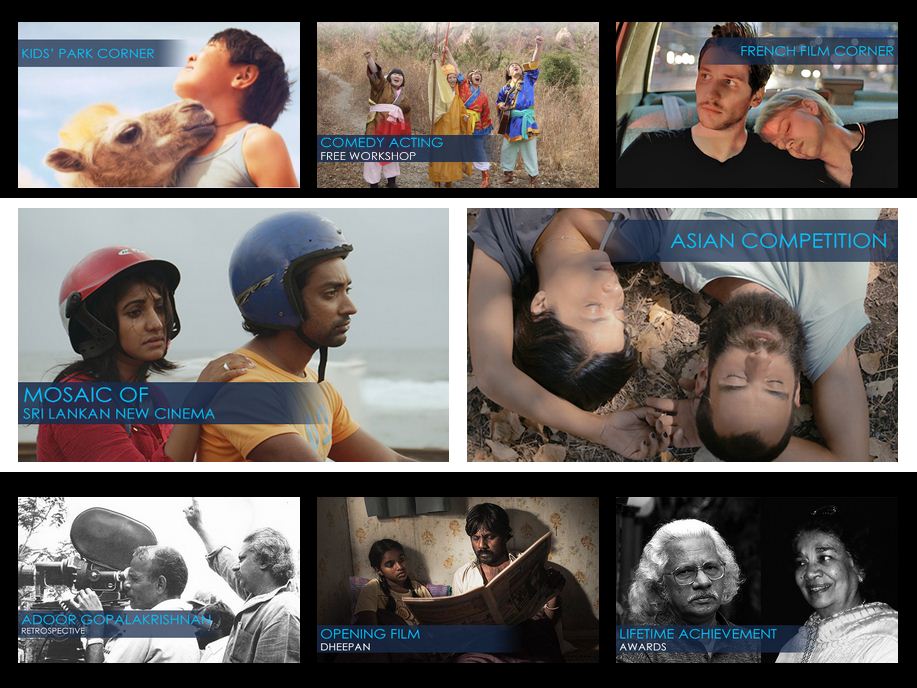 International Film Festival of Colombo 2015 will take place from the 6th to the 11th of November in several venues of Colombo. This major international film festival showcases films from a variety of countries and varied cinema disciplines. The main goal of this event is to position Sri Lankan cinema on a global map and to ‘Introduce globally recognized art-house movies which do not come as commercial releases to Sri Lanka to local cinema audiences and expose local films and filmmakers to the world.

In 2015, Dheepan, by Jacques Audiard, Golden Palm 2015 of Cannes will open the festival. A variety of French movies co-produced with international partners will also be screened and a special French Film Corner dedicated to the recent French cinematographic creation will present four movies:

In the Courtyard by Pierre Salvadori, 10th of November, 4.00 pm at Majestic City Superior

Eden, by Mia Hansen-Løve, 9th of November, 10.00 am at Majestic City Superior

In the Name of My Daughter, by André Téchiné, 11th of November, 7.00 pm at National Film Corporation

For further information about the movies presented (trailer and synopsis), please have a look here