Home > Political affairs > Activities of the embassy > Mr Jean Marin SCHUH, Ambassador of France to Sri Lanka and the (...)

On the 16th of June 2015, H.E. Mr Jean-Marin SCHUH, Ambassador of France to Sri Lanka and the Maldives met with Hon. Mangala Samaraweera, Minister of Foreign Affairs. 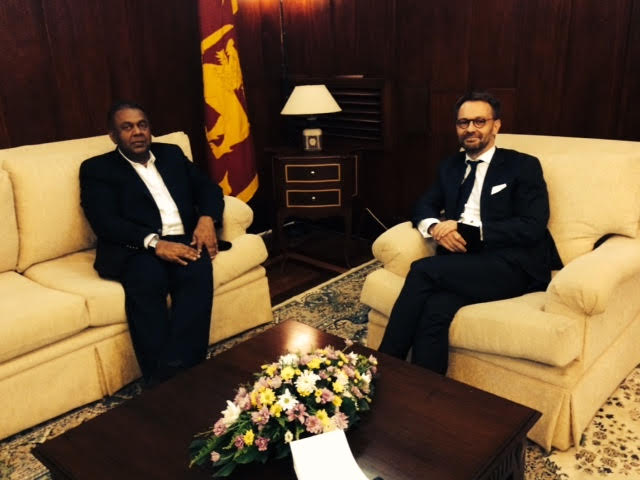 During the discussions, H.E. Mr Jean-Marin Schuh presented the cultural and scientific events organized in Sri Lanka by the Embassy of France and the Alliance Française network in the lead up to the COP 21, to be held in Paris at the end of 2015 and emphazised France’s ambition – as host and future President of this worldwide event- to reach a fair, universal and binding “Paris Agreement” in December 2015. Other topic discussed were related to bilateral matters, with a keen interest on the theme of reconciliation, in view of the next session of the Human Right Council to be held in Geneva in September 2015.