With around 220 millions French-speaking people and 116 millions students learning it, French ranks among the ten most spoken languages in the world.

The Sri Lankan Universities of Kelaniya, Peradeniya, Sri Jayawardenapura, Jaffna, and Ruhuna offer their students the opportunity to learn French and discover French Literature and Civilization. Undergraduates interested in obtaining a Special Degree in French can do so at the University of Kelaniya in a 4 year course.

Another great opportunity to learn French is provided by the network of the Alliances Françaises in Sri Lanka, present in Colombo (Alliance Française de Kotte on Coniston Place), Kandy, Jaffna and Matara/Galle. The added-value of these local structures is that they prepare their students for the internationally recognized French Language diplomas, DELF and DALF.

In parallel, the French Embassy continues its support to updating the French teaching of pedagogy : the French Teachers Association offers the services of visiting Teacher Trainers from France to Sri Lanka whereas outstanding French language teachers in Sri Lanka are regularly offered scholarships to follow special training programs in France in the Universities of Tours and Grenoble.

The cultural activities organised every year by the French Embassy and the Alliance Française Network during the “francophony week” are also great ways to get familiar or apply and test the language skills gained. The 2013 edition of the francophone film festival presented movies from Canada, France, Qatar, Romania, Switzerland, Tunisia and Vietnam.

Speaking French in Sri Lanka is also useful to enroll in programs organized by the French Embassy, which require a certain level of fluency. For instance, over the last two years, the winners of the national competition organized by the French Embassy in Sri Lanka were invited to participate to an International youth council on Human Rights in Paris. 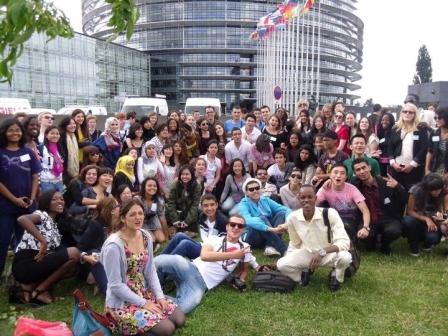