From 6th to 11th October 2016, come enjoy a selection of 9 movies at the National Film Corporation in Colombo. Entrance is free

Throughout the week, the audience will be able to enjoy an eclectic selection of movies never before screened to a Sri Lankan public and representing the best of European cinema. Under the unifying thread of immigration, the 9 chosen films provide us with an opportunity to reflect on the importance of family, the relationship with others and the lingering attachment to one’s country of origin.

This year’s edition will be launched on October 6th with the screening of the internationally acclaimed french film “Bande de Filles” (2014) by Céline Sciamma.

All movies will be presented in their original version with english subtitles. Debates and discussions will follow each screening. 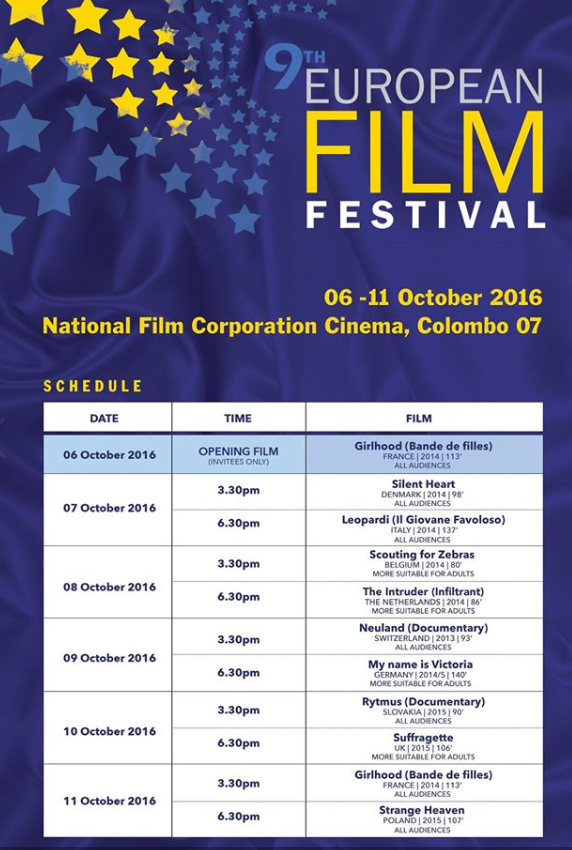