With the changing cityscapes, rural settings are on a fast-track to modernisation. In future, many people will start living in cities. Cities have emerged to be places of innovation and it’s necessary to make the city, smart and sustainable. In 2017, the Embassy of France in Sri Lanka and Maldives organised a series of events on the theme of the ‘Global City’ titled FOCUS. FOCUS events aim at fostering debates and ideas, but also sharing scientific analysis and knowledge on themes of common interest to Sri Lanka and France. In this framework the Embassy in collaboration with Junior Chamber International (JCI) – Sri Lanka presented an interactive seminar titled ‘Citizens’ Engagement in Tomorrow’s City’.

A selection of successful entrepreneurs participated in this discussion namely ; Achala Samaradiwakara, founder of the Good Market, Clémentine Malgras, Community-connector for the Ouishare Platform in Paris, Danesh Jayatilaka, Research Fellow at the International Centre for Ethnic Studies (ICES) and Jiffry Zulfer, founder of the mobility app PickMe. The discussions were moderated by Dr. Ravi Fernando, Executive in Residence at the INSEAD Social Innovation Centre, based in France. 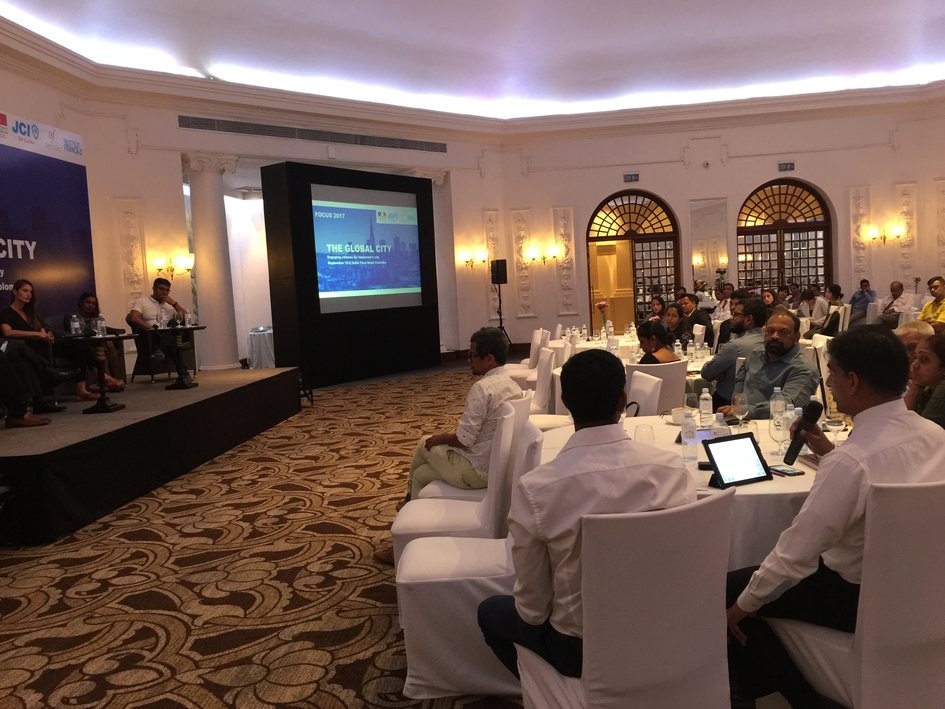 In her opening remarks, Achala Samaradiwakara said that for the past 20 years Sri Lanka has been a developing country. “But what’s the meaning of development? We need to have something sustainable to take forward. The purpose of Good Market is to support an emerging new economy that is good for the people and the planet. Take for example a country like Dubai, even though it’s a desert people have introduced greener and sustainable concepts of living. On the other hand Sri Lanka is rich in its biodiversity but we are not appreciating it. Two challenges exist within an economy; access to useful information and the fact that people feel small when compared to the scale of modern social and environment problems. Many vendors want a place to sell their products and in an attempt to introduce this in a sustainable approach, Good Market was found. People didn’t have any idea about business and we slowly trained them to be self-empowered. Recently the Good Market global platform www.goodmarket.global was founded.” 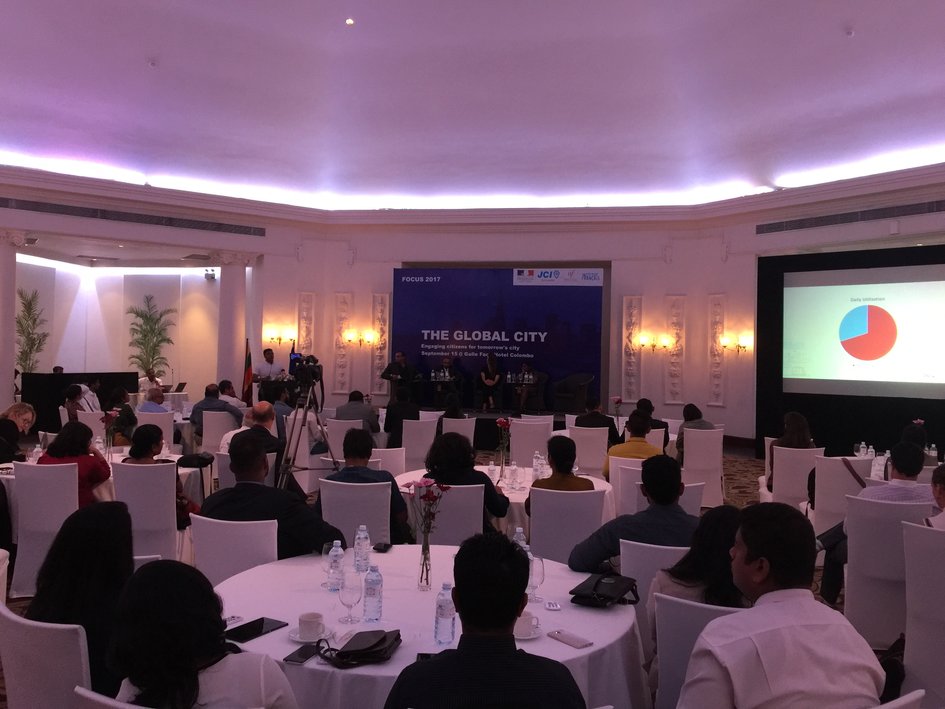 Speaking further, Achala said that Good Market encourages people to help others to get a better income. “In order to improve market access and help make organic products more affordable and accessible, the Organic Participatory Guarantee System (OPGS) was introduced. The minimum standard for farm products is that they have to be organically grown. Although it’s relatively easy for organic exporters to identify their products as organic, this wasn’t the case for local organic farmers. These small-scale farmers who grow organically cannot cover the cost of export-level third-party certification. Hence this OPGS system could be utilized. We have also introduced a Sustainable Transport system for vendors coming from afar. In addition to that we engage in a ‘Zero Waste’ policy and make use of reusable items. Therefore all vendors applying in the food and beverage category should have a strategy to minimize waste either by offering reusable dishes that can be collected and washed or by using compostable packaging. It is quite easy to become a sustainable society. Just start where you are and take initiative to be a change.” 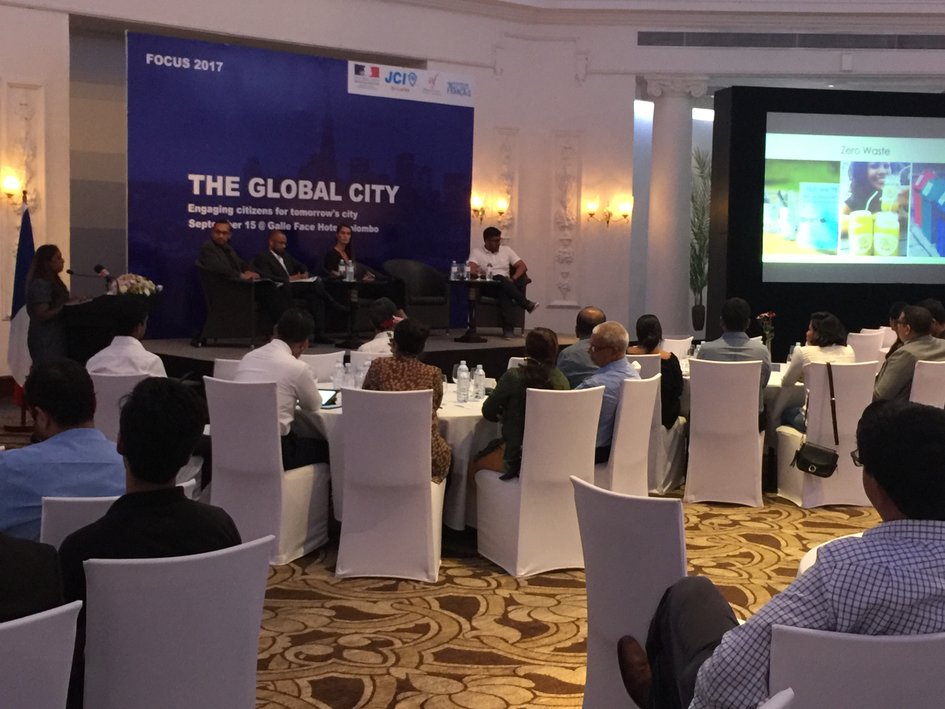 In her comments, Clémentine Malgras said that the main idea behind Ouishare was to build a collaborative future for cities and citizens. “Hence it is an international collective that connects people and accelerate projects for systemic change. It is important that we experiment social models based on collaboration, openness and fairness. There are new ways of interacting with private businesses. Ouishare is about connecting with urban networks and working solely with climate change. There’s a need to build smart, resilient and inclusive cities and we have to identify the role of the citizens. In addition to the smart city concept there’s also what is called a ‘Shared City’ and ‘Fab City.’ Amsterdam for example is based on the Shared City concept where it brings about collaborative solutions by engaging citizens in the decision-making process. On the other hand, a Fab City is a global network that relegates productions within the city. In the process it is important to share knowledge and help create a sustainable approach to find solutions. Therefore citizens have to be familiar with digital technologies and vote on platforms that would encourage sustainable solutions. All global innovations are happening in the city and citizens play a vital role in it.” 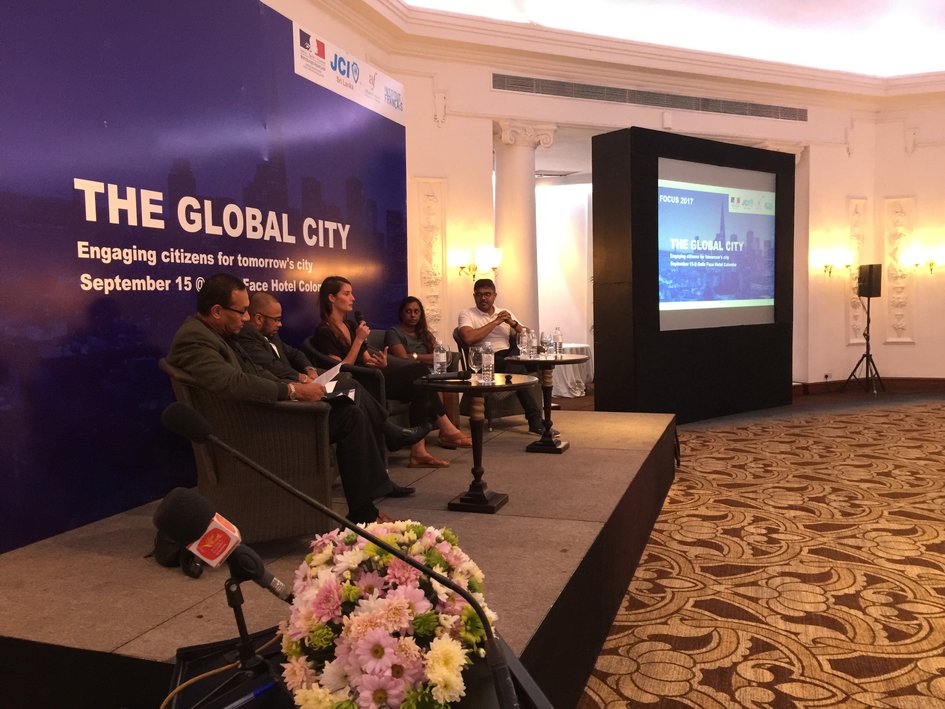 Speaking about ‘Safe and Inclusive Cities’ Danesh Jayatilaka spoke about a study done on Inequality and Poverty in Colombo and Jaffna. “When talking about development we have to ask whether everybody prosper from development. We have experienced conflicts and during the process people got displaced. Displacement is a violent process. Resettlement and relocation would give rise to various issues. if we take Colombo, we see Development Forced Displacement (DFD). Many people in slums were relocated in apartment complexes and through this we could identify many losses. When asked about the relocation process, many people said that they now live like prisoners. Hence such relocation approaches bring about drastic changes in their lifestyles. Are we addressing poverty reduction, urban regeneration and homelessness in the broader approach to development? On the contrary, in a district such as Jaffna, we come across Conflict Induced Displacement (CID). People experienced an ethnic conflict and multiple losses in the displacement process. But now there’s change happening yet it’s troubling because there’s more that have to be done in terms of safety and standard of living.”

Speaking further Danesh emphasised on the differences in community, trust and social cohesion between the two cities. “There are changes in mobility and flexibility. In terms of overall policy relevance and implications, those in Colombo had improvements in material quality of living but not in social quantity since it declined. In Jaffna, material quality was recovered and social aspects were mixed. But those in Jaffna had a ‘homely’ feel and a strong sense of belonging than those in Colombo. Vulnerability and insecurity were evident and both communities experienced it in different ways. To this end housing policy and programme models should be broad-based, people-friendly and needs driven if they are to be truly sustainable.”

Jiffry Zulfer spoke about how their widely used local app ‘PickMe’ transformed the way how people travelled in the city. “When we researched on the trishaw industry we found that they did more idling than working. By introducing the App, they started working the moment they switched it on. Hence they are occupied and are earning money. Trishaw drivers have been looked down in society and we wanted to break this stereotype. They are now contributing to the GDP as well. In addition to that we have made it more economical to hire a PickMe taxi than to travel in your own vehicle, especially on long distances. Recently we also launched the PickMe luxury fleet catering to premium clients and corporates. Hence it has brought about a lot of benefits especially in terms of travelling within the city and we hope to improve it in time to come.” 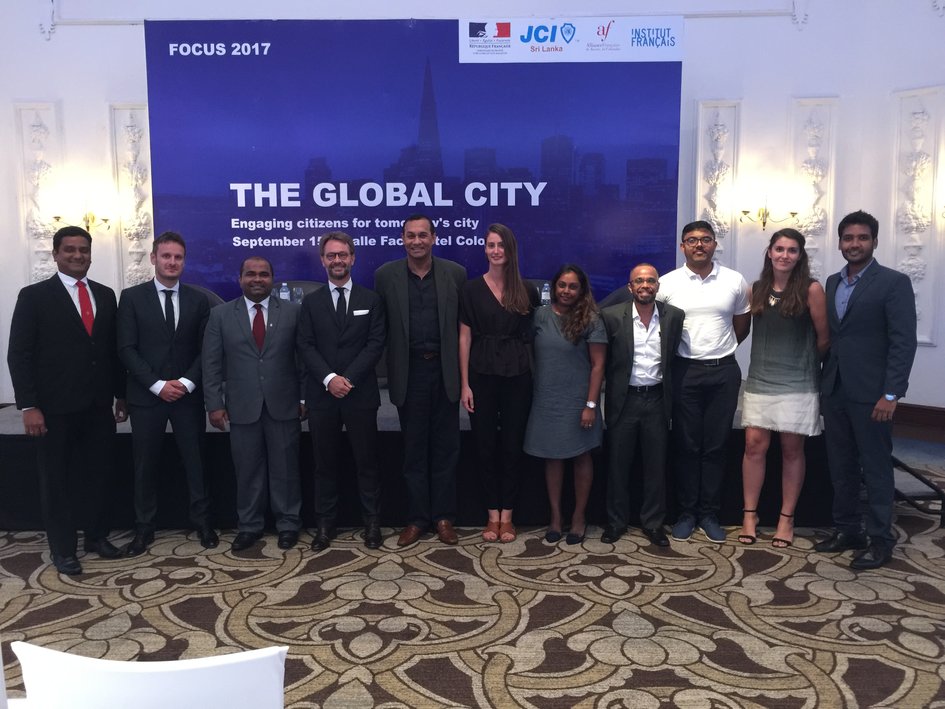 After the discussion, three working groups representing key stakeholders in the city interacted with the panellists and pooled in their suggestions and discussed on other sustainable business models. Making things even more interesting an Audience Response System was introduced where the audience engaged in an interactive multiple-choice answer session. Here the audience was asked various questions with regard to sustainable development in the country and across the globe.