The Order of ‘Arts et Lettres’ is a honorific distinction, created on the 2nd of May 1957 by the French Minister of Culture in order to recognise eminent artists, writers and scholars for their efforts in promoting the awareness and enrichment of cultural heritage in France and throughout the world. 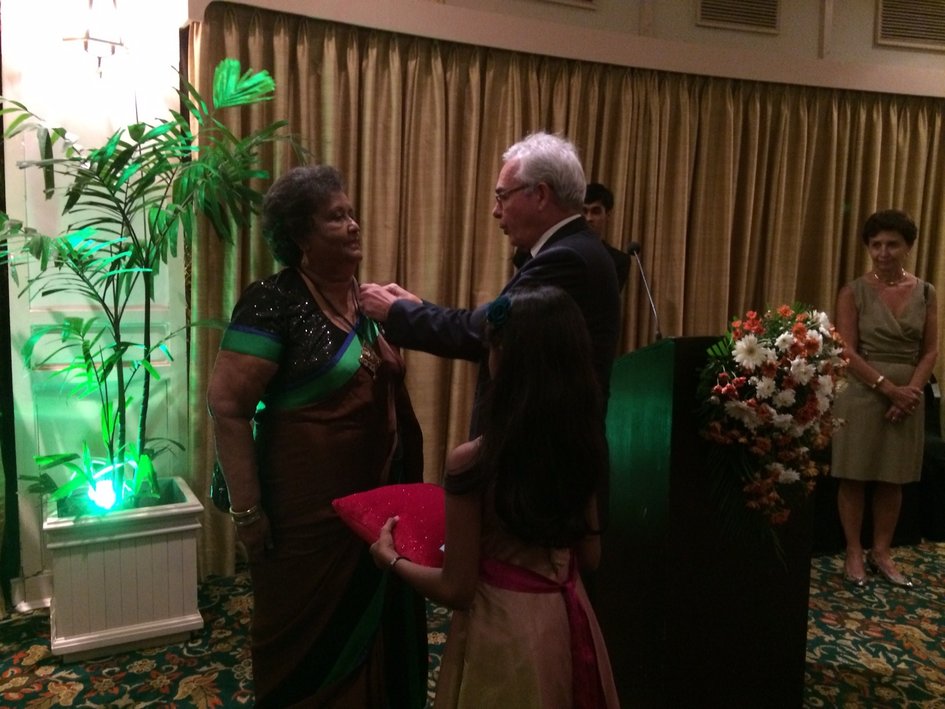 The decision to bestow this honour onto Mrs. Sumitra Peries was taken in recognition of her invaluable contribution as an author, a film director with an aesthetic sense and a recognized talent which testify for her love of freedom, her sensitivity and her gift for creation, not to mention her active contribution to promote French culture in Sri Lanka.

Her films, starting from her very first feature-film: GEHENU LAMAI (Les filles) in 1978 to the more recent YAHALUWO (Les amis), have been screened and highly appreciated in France and across the world. Her early visits to France, whether in the South or in Paris at the Conservatoire Libre du Cinéma Français, from which she became the first qualified-Sri-Lankan-filmmaker, along with the rest of her experience, have laid the foundations for her long-spanning and active career as an internationally recognized Film Director. In fact, the public eagerly awaits the screening of her latest film: VAISH-NAVEE (Divine Messenger). 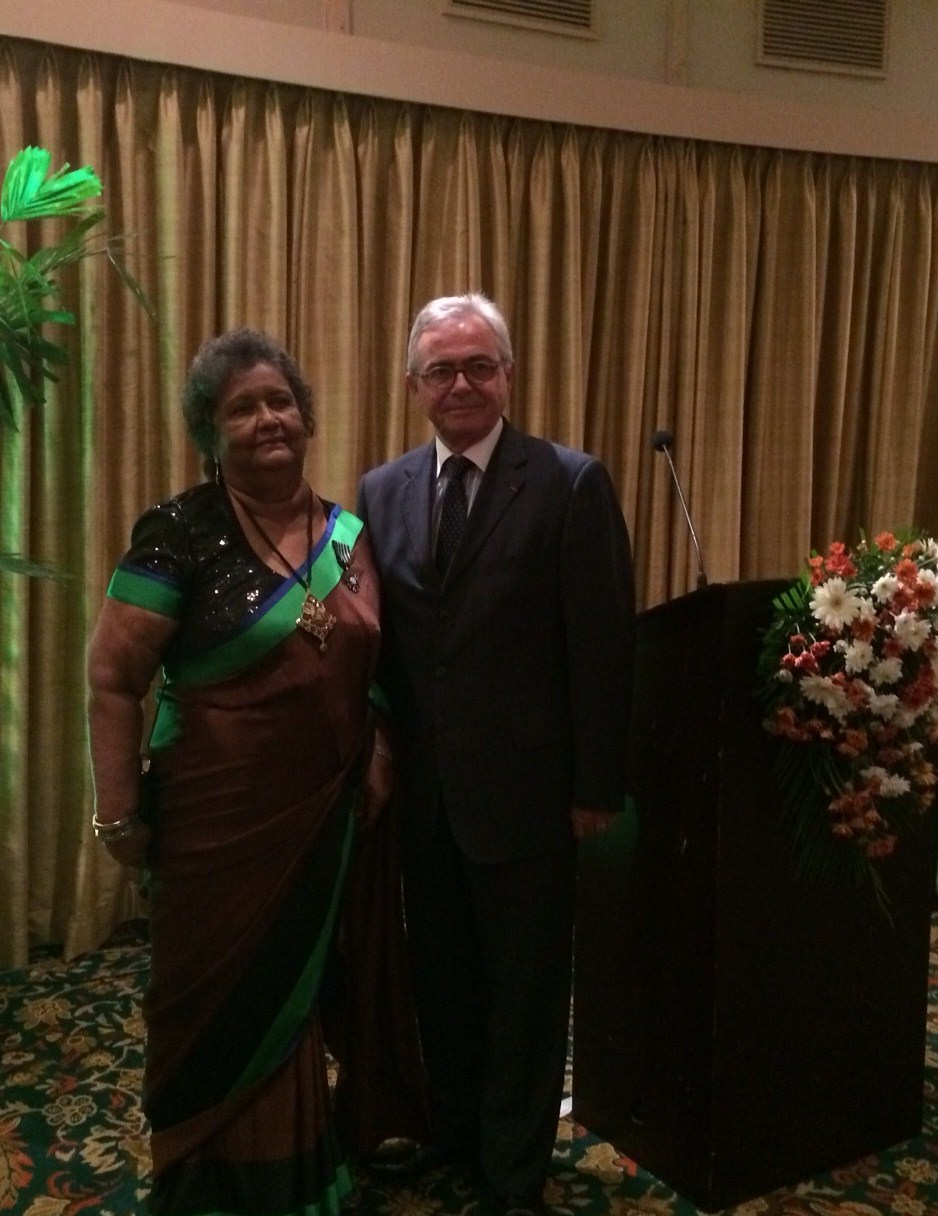 The joint-homage given by the Cinémathèque française in honour of Sumitra and Dr Lester James Peries in 1988 was a historical first in the history of this institution which is a worldwide reference in the field of cinema. The 3rd Festival of Asian Cinema in Deauville presented Lotus d’Or Award to both wife and husband together in recognition of their significant contribution to international cinema.

As an Ambassador of Sri Lankan culture abroad, an Ambassador of Goodwill who fought for the betterment of the situation of women and children throughout her career: as a former Ambassador, Head of the Sri Lankan diplomatic mission to France and as a Permanent Delegate from Sri Lanka to the United Nations Educational, Scientific and Cultural Organization’s (UNESCO) head office in Paris, Mrs Sumitra Peries has strengthened the ties between Sri Lanka and France, between Sri Lanka and the world.

Mrs. Peries is also an active member of the board of Directors of the Alliance Française de Kotte, in which she plays a remarkable role in the development of the only official-French-language-teaching-institution and cultural centre in Colombo./