Home > Culture and Education > Cultural exchanges > Audiovisual and Cinema > Cinema in Sri Lanka > France has confered the title of Chevalier in the Order of Arts and (...)

On behalf of the Government of France, the Ambassador of France to Sri Lanka, Mr. Eric Lavertu, has confered to Mrs. Anomaa Rajakaruna the title of ‘Chevalier de l’Ordre des Arts et des Lettres’ (Chevalier in the Order of Arts and Literature). The Order of Arts and Literature is a French Order, established on the 2nd of May 1957 by the Minister of Culture to recognise eminent artists, writers, and scholars for their efforts in promoting the awareness and enrichment of France’s cultural heritage throughout the world.

The decision to induct Mrs. Anomaa Rajakaruna as a Knight in this order has been taken in recognition of her significant contribution in promoting French culture in Sri Lanka through the cinema industry. 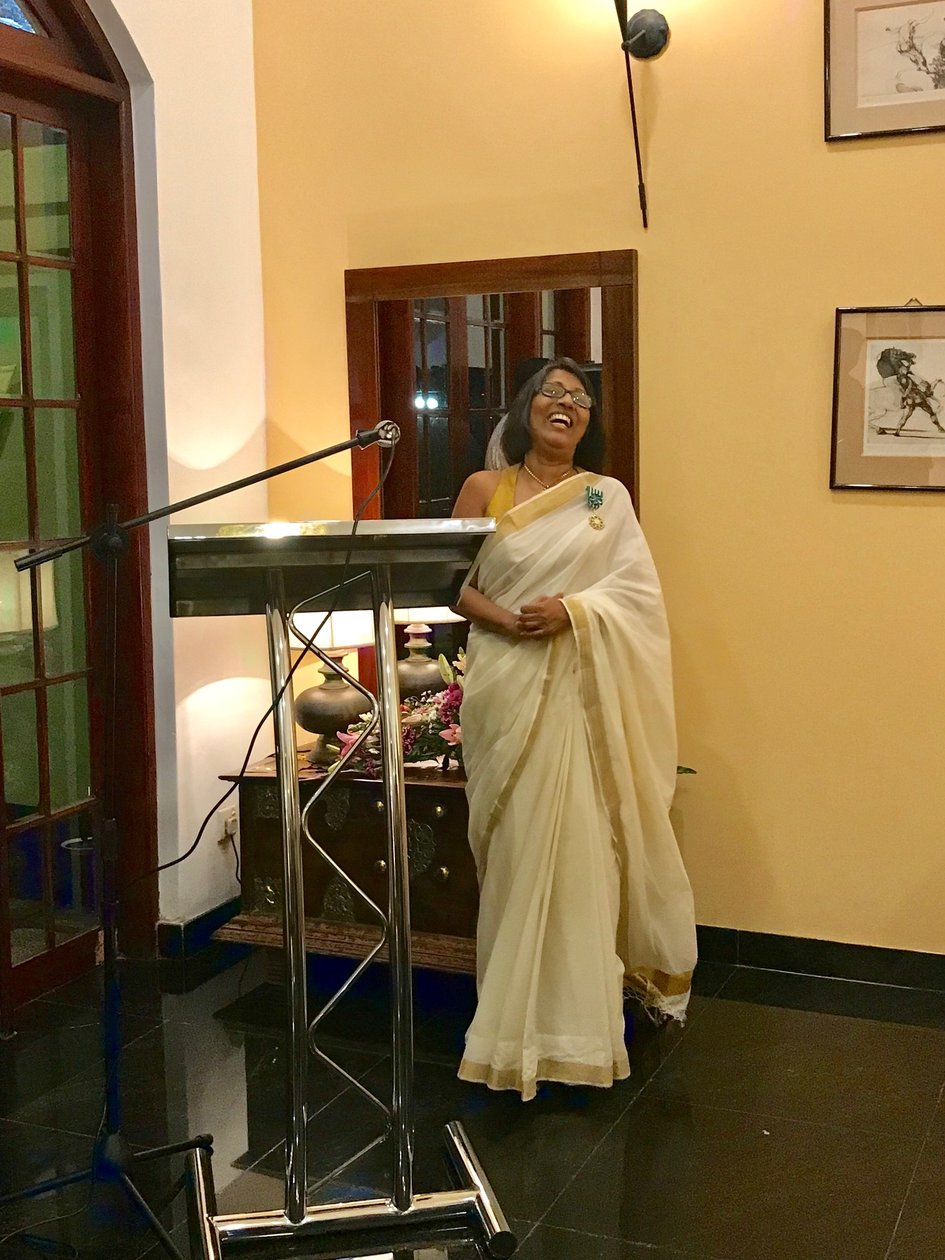 As a writer, Mrs. Anomaa Rajakaruna is credited with short story collections and numerous screen plays for television. She then mobilized her own resources to successfully operate a transition to documentary filmmaking. Traveling around the country, meeting different people who all had their own stories to tell and delivering her findings to a larger audience is the way that made her a vanguard of documentary filming for local and international viewers. Her films and her photography exhibitions have been powerful tools to raise awareness and the quality of debate among common people. 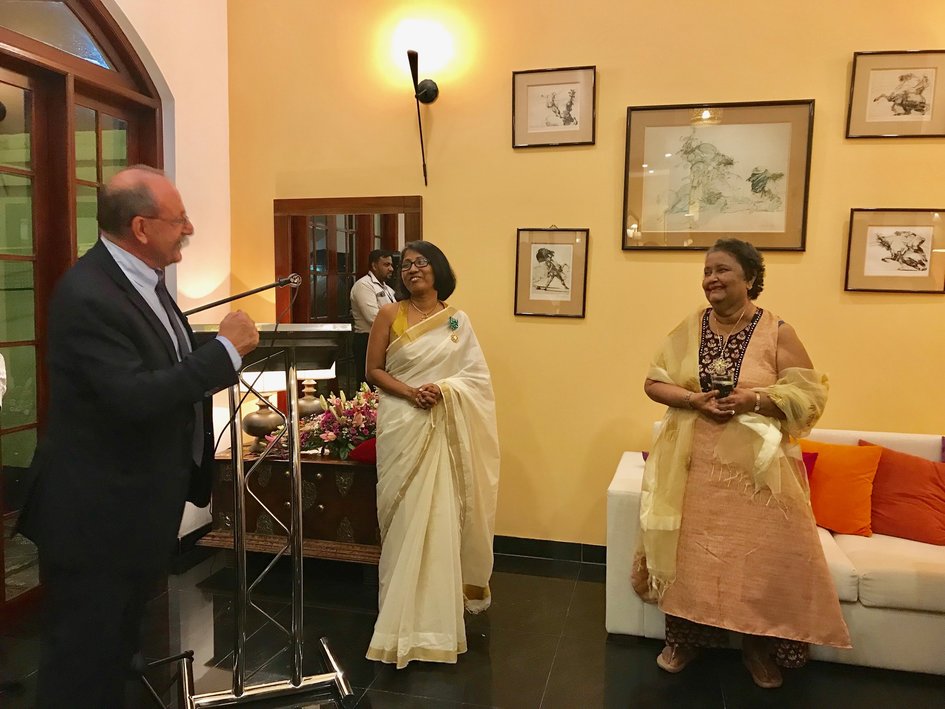 For years, Mrs. Anomaa Rajakaruna took the position of Jaffna International Film Festival director, a prestigious documentary films gathering to which this embassy has been an active part on a regular basis. Acclaimed nationally and internationally, she devoted part of her time to curate the European International Cinema Festival in Colombo and served as a juror at a wide range of film festivals abroad. 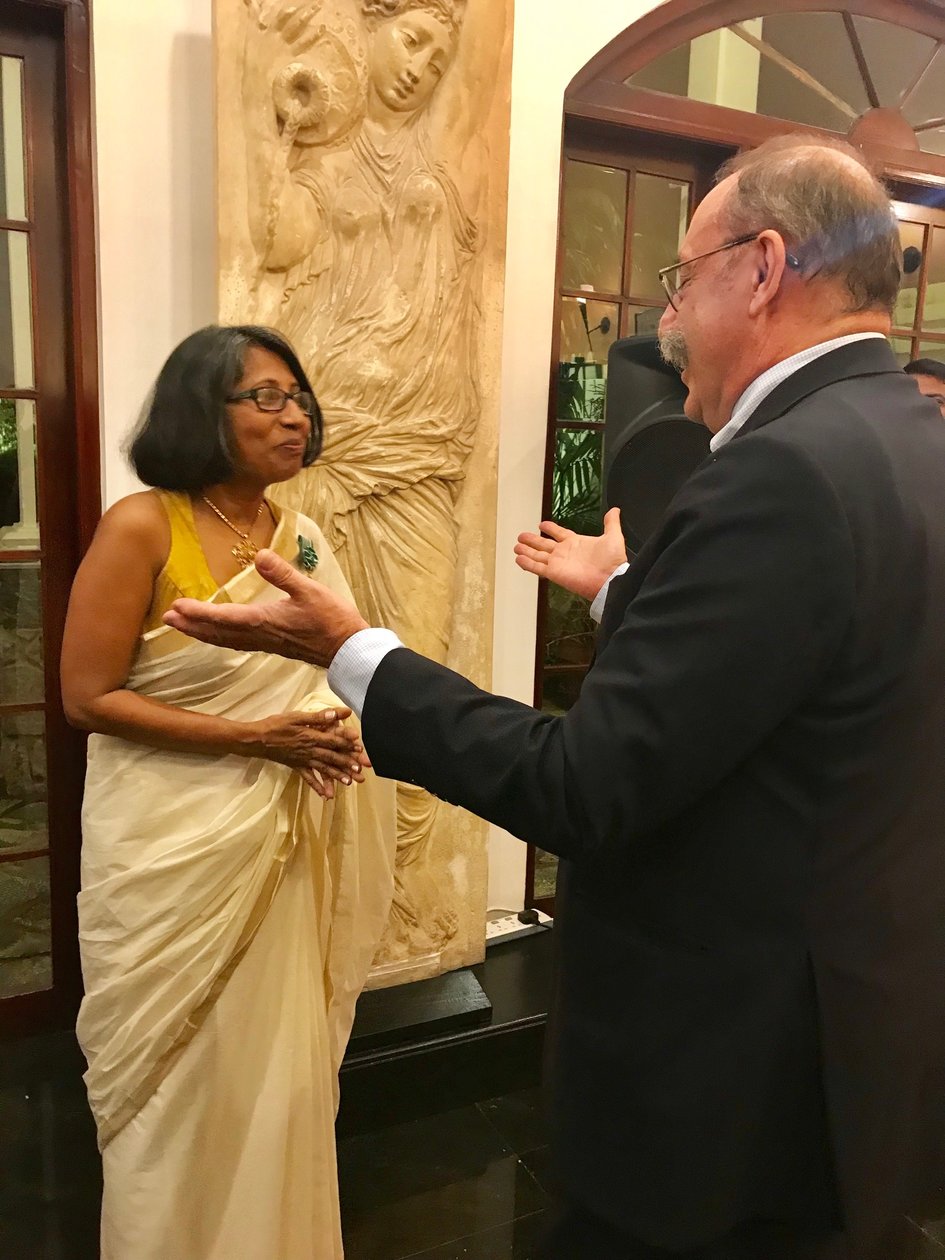