Mr. Jean-Marin Schuh, Ambassador of France to Sri Lanka and the Maldives, bestowed the honorary distinction of Palmes académiques (Order of the Academic Palms) to Mr. Sarath Amunugama, Emeritus Professor, former Vice-Chancellor of the University of Kelaniya, and Mr. Rahula Attalage, Former Vice-Chancellor and Senior Professor at the University of Moratuwa. The ceremony was held at the Residence of France, on Wednesday 6th June 2018, in the presence of Mrs. Hélène Conway-Mouret, member of the French Senate, on an official visit to Sri Lanka.

The Order of the Academic Palms distinction was instituted by Napoleon the First in 1808 to honour valuable members of the educational community, whether teachers or not, who had either eminently served French education system, or had actively contributed to the promotion of French culture and language in the world.

Mr. Sarath Amunugama, Emeritus Professor who holds a PhD from La Sorbonne, France, is an eminent Sri Lankan intellectual. As a professor (1979-2015) and Vice-Chancellor (2005-2014) at the University of Kelaniya, he founded the French studies center, part of the Foreign Languages Department, and facilitated students’ exchanges between France and Sri Lanka. Pr. Sarath Amunugama also published many referent manuals about French teaching. This specialist of French language is a founder and an active Member of the Alliance Française de Kotte in Colombo.

Through his notoriety in the academic field and through his great involvement in the Alliance Française de Kotte in Colombo, Pr. Amunugama has widely contributed to the development of French language learning and to the promotion of French culture in Sri Lanka.

Mr. Rahula Attalage holds a PhD in energy engineering from one of the best and most famous French engineering schools, the Ecole des Mines de Paris. As a recognized intellectual and scientist, Pr. Attalage is one of the main partners of the Embassy of France in the field of academic exchanges.

Former Deputy Vice Chancellor of the University of Moratuwa, this eminent professor received the award for Outstanding Research Performances on five consecutive occasions. He played a key role in the implementation of a partnership between the University of Moratuwa and the French consortium of engineering schools “n plus i”, signed in 2016. He also supported many of the Embassy’s actions towards climate change. 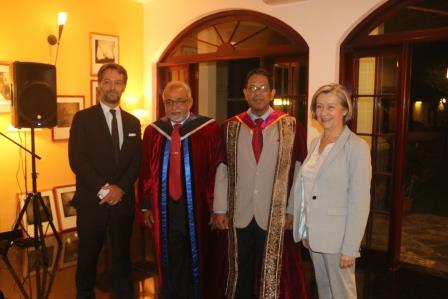 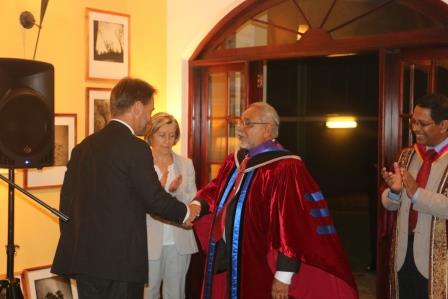 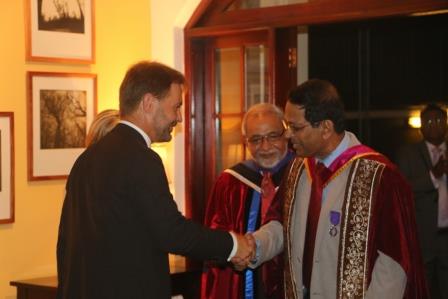