As the the 5th edition of the French Spring Festival reaches his end, the Embassy of France in Sri Lanka and the Maldives together with the Alliance Francaise de Kotte in Colombo are proud to announce the most-attended French Film Festival, which will be held from the 12th to the 15th of July in Colombo and Matara and present a variety of recent movies. 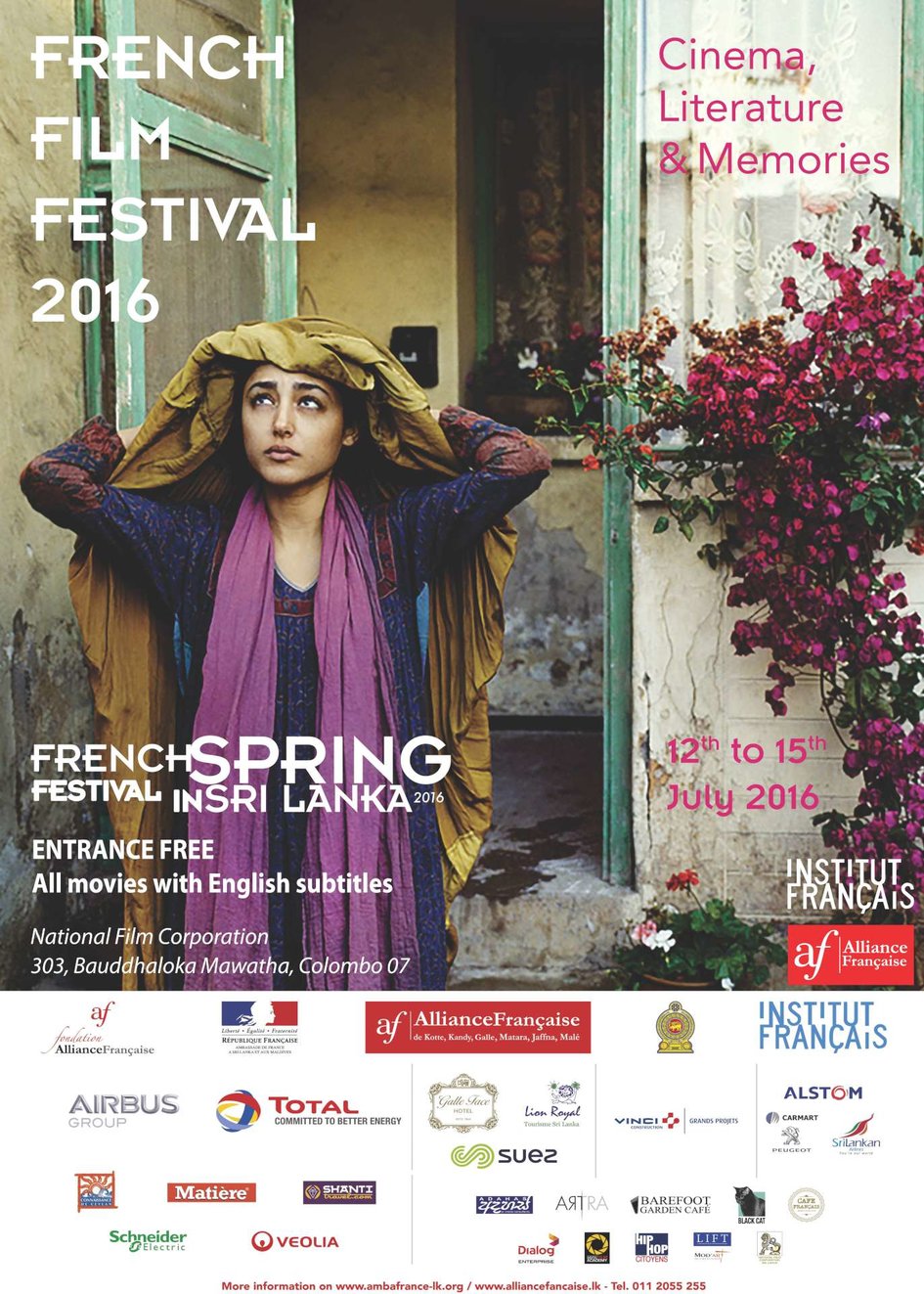 This year’s edition will light up the screen through an original program of five recent French productions and franco-international co-production. The chosen films draw bridges across continents and generations, exploring the ties between cinema, literature and memories.

“Memories” by Jean-Paul Rouve, adapted from a novel by David Foenkinos, opening movie of the festival depicts a singular relationship between a young man and his grandmother whom he goes searching after she suddenly disappears. The movie will be screened on the 12th of July in the presence of Mr Foenkinos, guest of honor of the festival, best-selling French author and internationally acclaimed writer.

Throughout the rest of the week, various events and movie screenings will be free of charge and open to all. “Once in a Lifetime” is about the formative experience of students as they uncover history by taking part in the National Competition about the Deportation during WWII. “Sand Castles” explores grief and what a father leaves to his daughter after a lifetime. “A Bottle in the Gaza Sea” is the story of the unlikely correspondence between a French girl and Palestinian man while “The Patience Stone” depicts the love of a woman for her husband left unconscious by the war. It is thus under the unifying themes of identity and personal roots that the festival will take place this year, engaging a dialog around ties between literature and cinema.

We wish you all a very entertaining festival and, for any further information please feel to contact Ms Elodie Wable: elodie.wable@diplomatie.gouv.fr 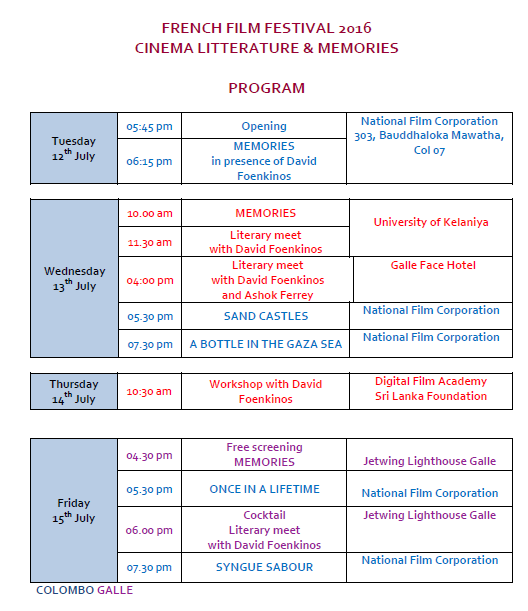 The Embassy of France is grateful to all its sponsors and especially to the Ministry of Cultural Affairs, to the Galle Face Hotel, main hospitality partner, Airbus Group, Total, Lion Royal Pvt. Ltd, Suez Environment, Alstom, Carmart-Peugeot, Connaissance de Ceylan, Dialog, Pee Bee-Lancôme, Schneider Electric Lanka, Shanti Travel, Unibridge, Veolia, Vinci, and all those who contributed to the organization of the French Spring 2016.