From 29th if April to 5th of May, French Naval Ship “ACONIT” will stop in the Port of Colombo, paying a goodwill visit to Sri Lanka Naval authorities. 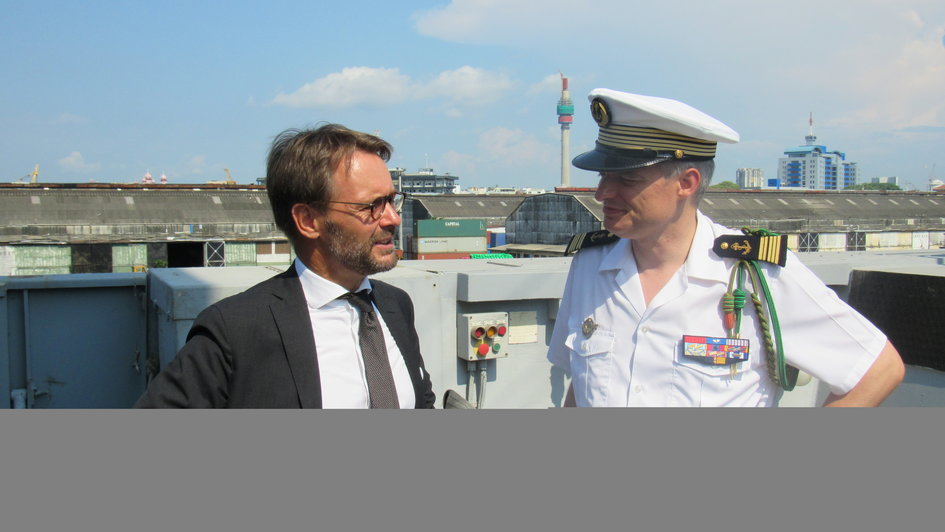 On the 29th of April, the ACONIT was welcomed by the Sri Lanka Navy in accordance with naval traditions and by the Ambassador of France to Sri Lanka and the Maldives HE Mr Jean-Marin Schuh. 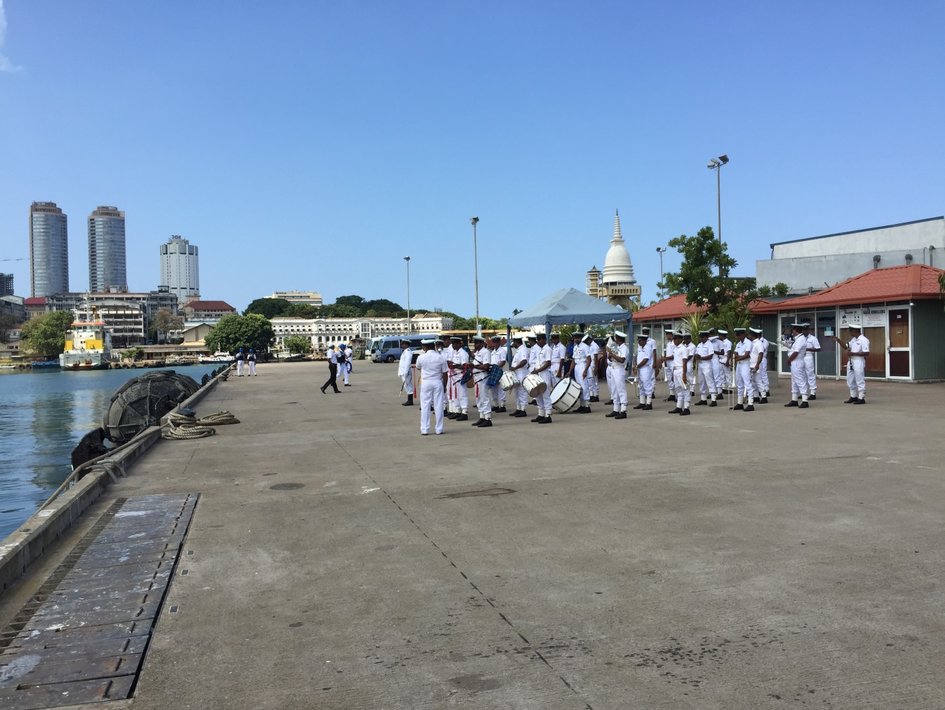 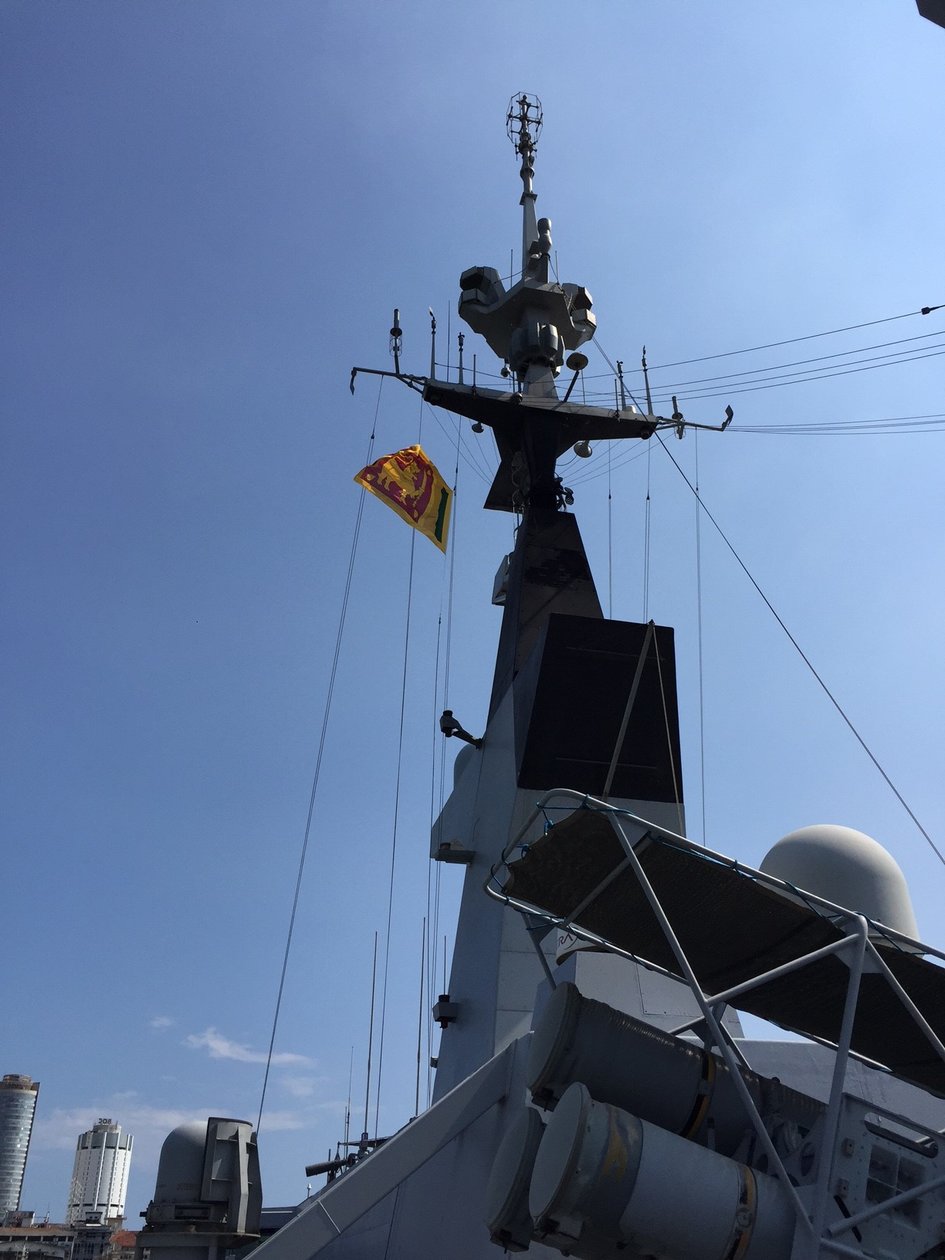 State Minister of Defence Hon. Ruwan Wijewardene visited the French Navy Ship. He was accompanied by the Secretary to the Ministry of Defence Eng. Karunasena Hettiarachchi and by Commander of the Navy Vice Admiral Ravindra Wijegunaratne. 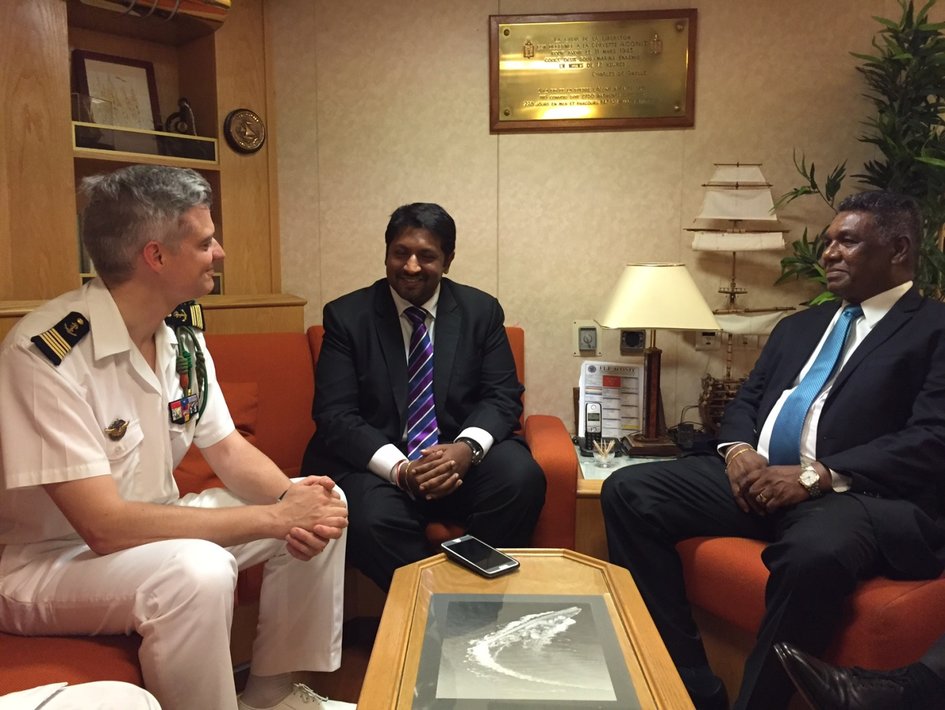 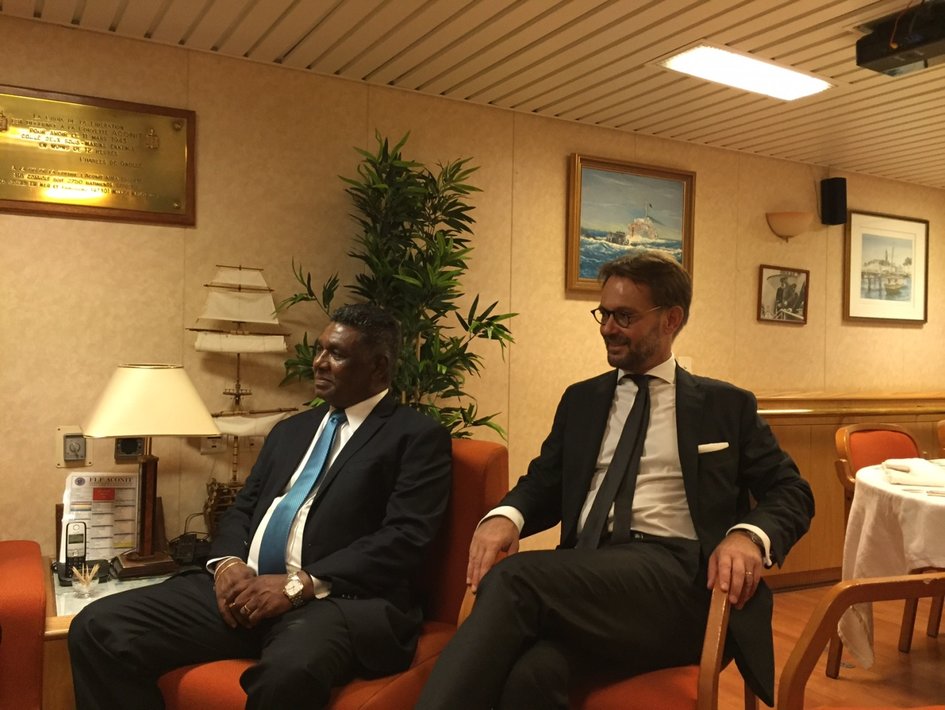 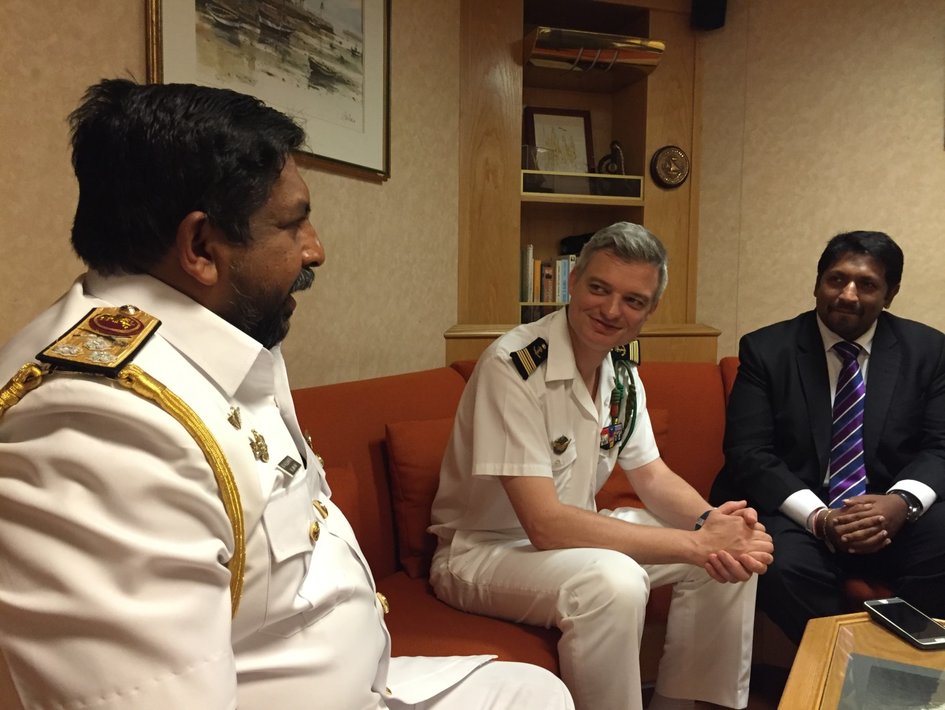 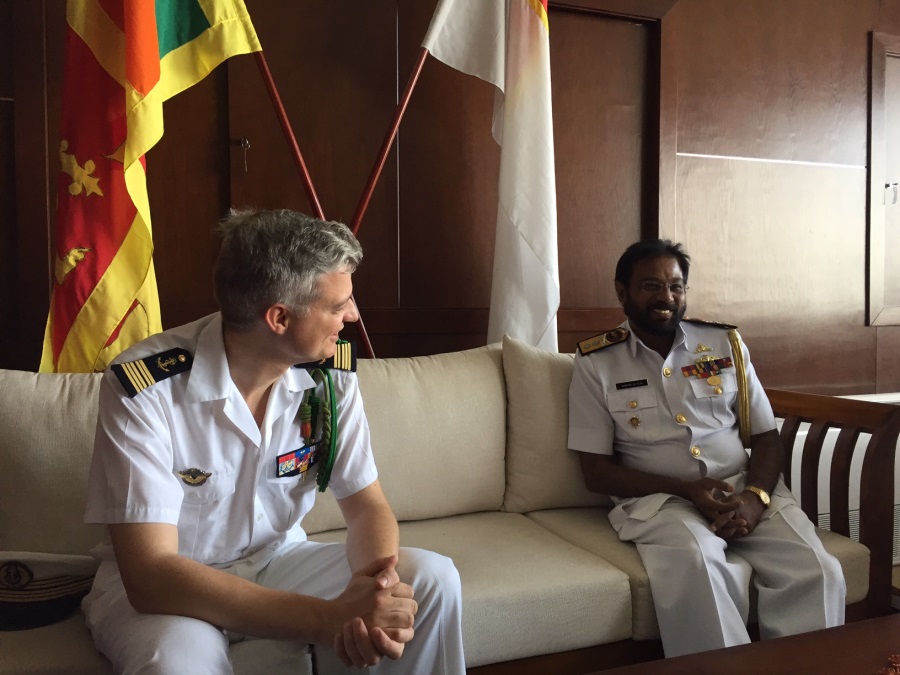 During its stay in the port of Colombo, the ship’s crew will participate in a special program organized by the Sri Lanka Navy, to strengthen the naval cooperation between France and Sri Lanka.

Visits of the Naval Ship have been organized for students from the Ecole Française (EFIC) and for representatives and members of the Sri Lankan Navy. 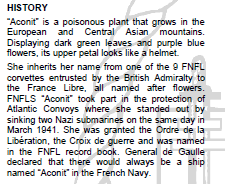 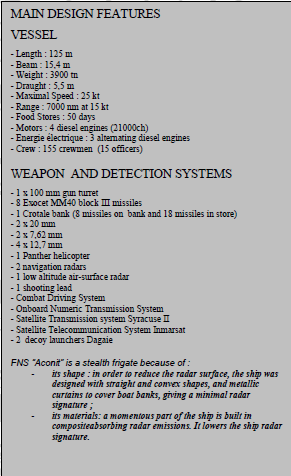 For further information, check out the technical form about the Naval Ship: 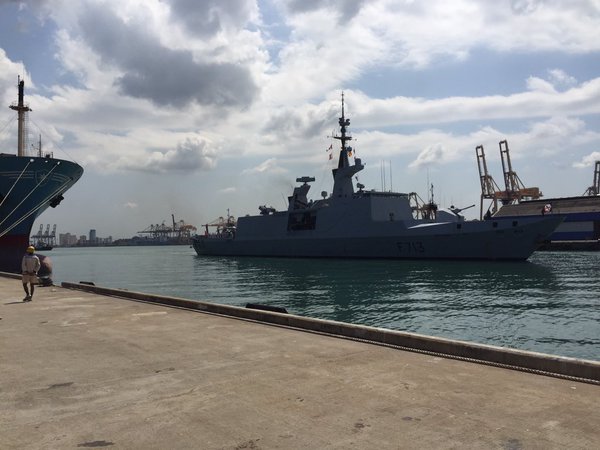 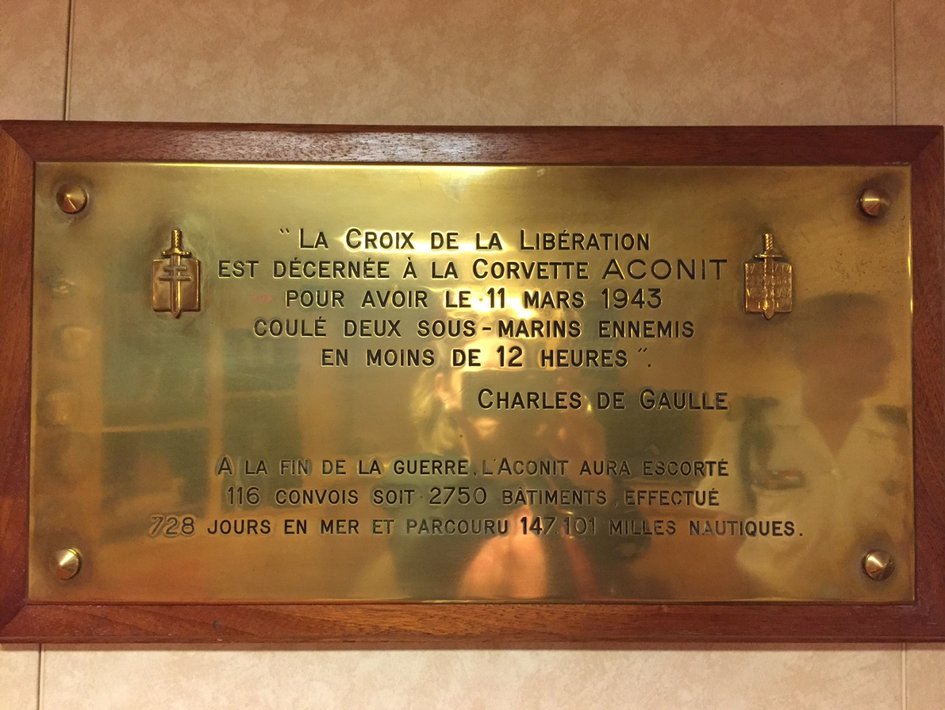 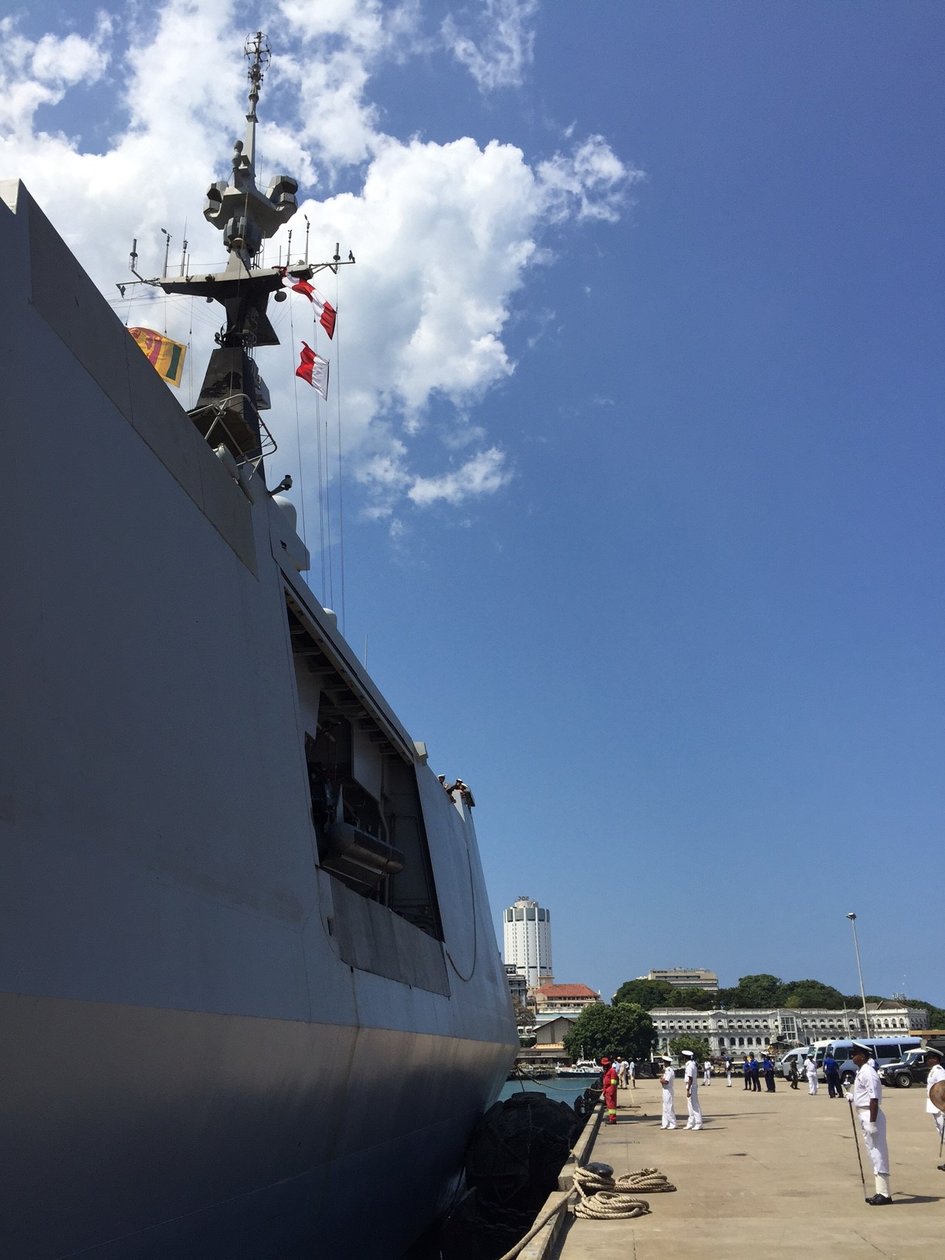