A street artist in Bordeaux. Street art, a risky art?

During the French Spring Festival, the French Embassy of Sri Lanka and the Maldives and the Alliance Française de Kotte are pleased to welcome the famous French street artist Alber for three live performances – the 17th, 19th and 20th of June. He will leave his mark on the walls of Kandy and Colombo.

Alber is now eagerly-awaited in Sri Lanka to perform live and to create three brand-new graffitis: one at Amaya Hills & Bungalow in Kandy on the 17th of June, another at the Alliance Française of Kotte in Colombo on the 19th of June, and the last one at the Sugar Bistro (Odel) in Colombo on the 20th of June. For the closing event at Sugar Bistro, you will be able to enjoy a cocktail in the presence of musicians while gazing upon a unique artistic performance.

Living in Bordeaux, Alber is a growing figure in the world of street art. In 2012 he was invited to paint the well-known Oberkampf wall in Paris. Since then, he produced gigantic paintings for the Magrez Institute of Bordeaux, during the International Street Art Festival in Nancy and also in Hyderabad in India.

Born in 1986, Alber started graffiti when he was 15 years-old because of its rebellious side and the chills of painting illegally and also for the human contact. His first motivation was not artistic creation but the pleasure and the liberty while painting with his friends. However, he starts shaping his own path away from traditional street art. From graffiti he keeps the fluidity of his gesture, but harmonious curves and bright massive shades of colors now form a geometrical figure. This figure becomes the signature - the identity - of Alber through the streets and soon the canvas. 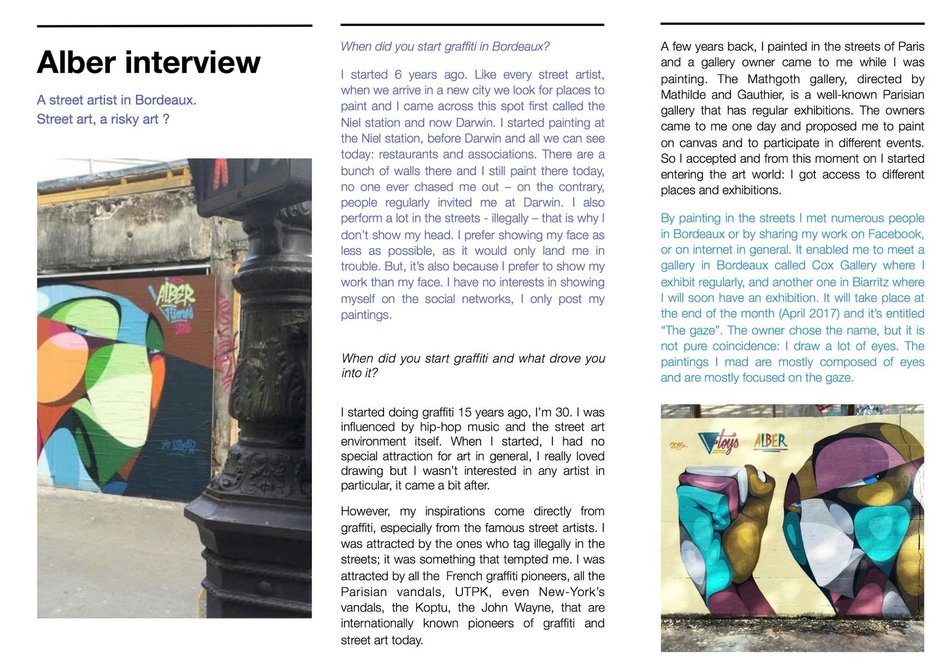 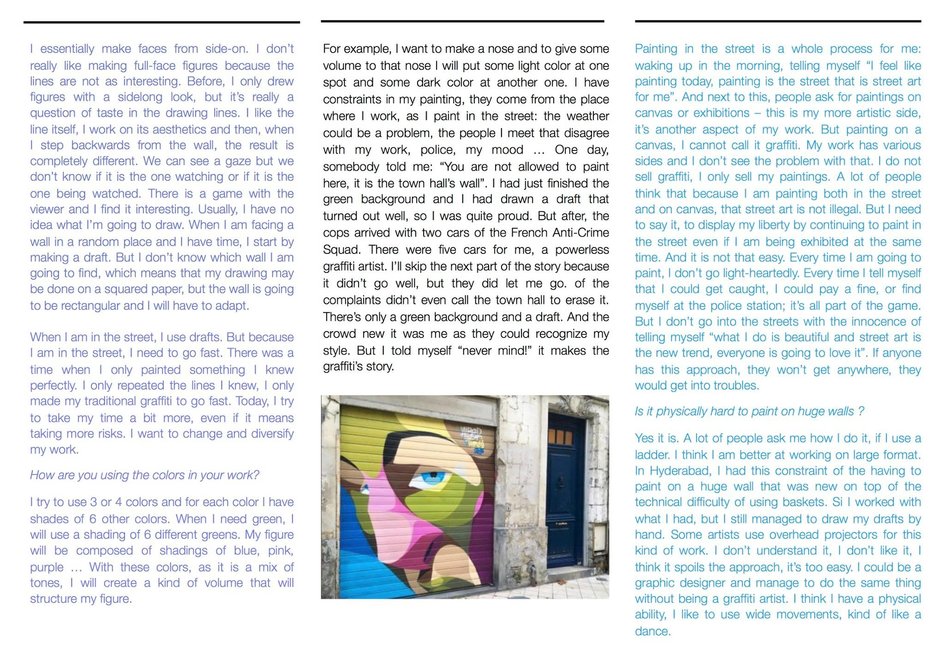 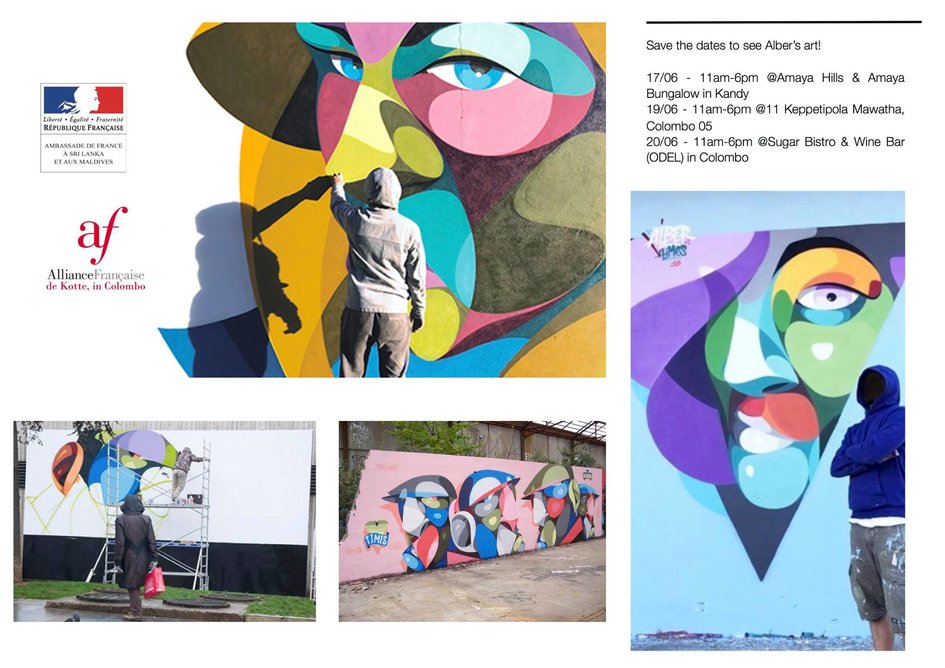