The French Spring Festival in Sri Lanka has grown. Organized by the Embassy of France and the Alliance Française de Kotte in Colombo, the festival has offered larger-scale shows in several cities across the country: 17 events, 12 French artists, 11 different venues, over 3,500 spectators.

The Embassy of France and the Alliance Française wish to thank warmly the Sri Lankan Ministry of Higher Education and Culture and all the institutional partners and sponsors without whom this successful cultural adventure would not have emerged: 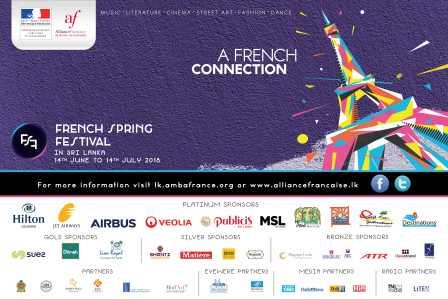 Thanks to a media partnership with Leo Burnett / Publicis Sri Lanka and Wijeya Newspapers, more than sixty articles have already been published in local newspapers and digital media. Two radio interviews about the festival were broadcasted through the radio TNL and Lite 87 as well as the trailer of the French Spring Festival were on air at many times. 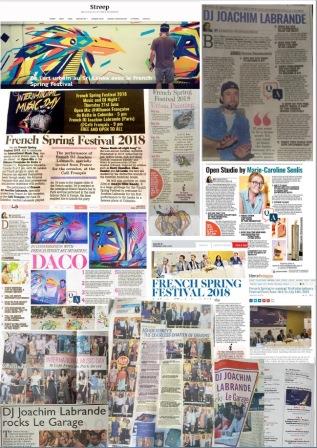 The French Spring Festival has offered an ambitious program this year including for the first time a dance show with the invitation of the dancers of the National Choreographic Center of Tours.

The highlights of this edition, "A French connection", were music, dance and painting. This program has promoted a dynamic image of France by presenting some of the best modern, young and popular artistic productions from France and systematically involving Sri Lankan artists.

INTERNATIONAL MUSIC DAY with an open stage and DJ Joachim Labrande On June 21, the Alliance Française de Kotte proposed an open stage where everyone sang in the language of its choice. The evening continued at Colombo’s "Café Français" with Parisian DJ Joachim Labrande, for a free and highly appreciated performance. The artist then moved on June 23rd to Kandy’s Amaya Hills Club, supported by the Alliance française de Kandy, which also organized a Music Day for French-language students. Both evenings had a resounding success with packed halls. Joachim Labrande also shared his experience with local DJs. 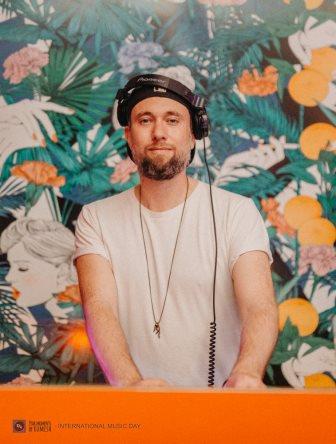 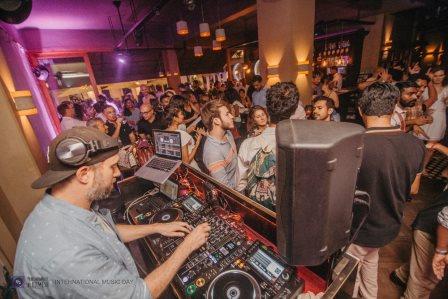 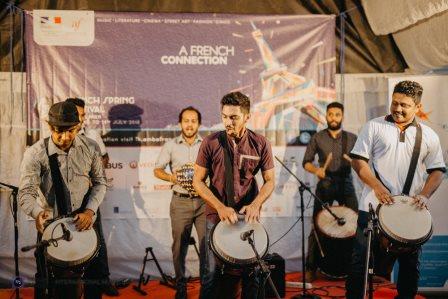 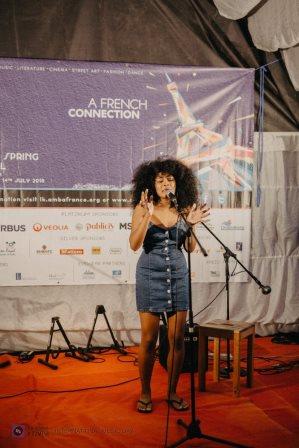 DANCE with the National Choreographic Center of Tours The show "Another Look at Memory" of the National Choreographic Center of Tours (CCNT), under the direction of Thomas Lebrun, was held on July 12th at the Theater of Defense Services School in Colombo. It was a premiere out of France. The CCNT is part of the network of 19 choreographic centers in France, created in different regions to promote excellence and creation in modern dance. Sri Lankan performers from the troupe nATANDA performed "Vannam" under the direction of Sri Lankan choreographer Kapila Paliawadana in the first part. The day before, choreographer Thomas Lebrun offered a workshop to some thirty young dance professionals at the Sri Lankan choreographer’s studios. The two choreographers came together on the stage after the show to present an improvisation and share this intercultural exchange with the audience. The paid event attracted over 400 people of all ages and backgrounds. 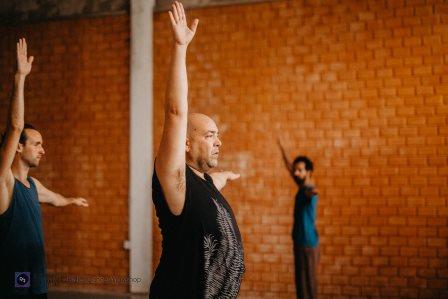 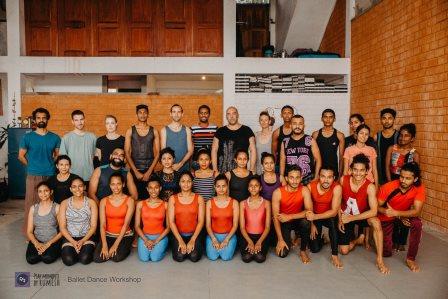 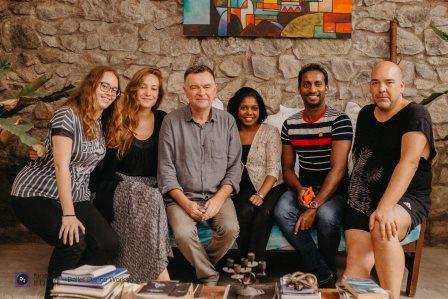 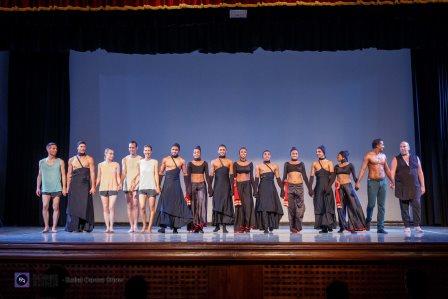 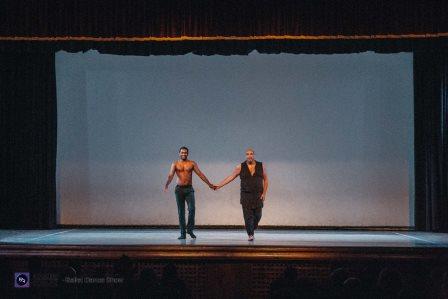 STREET ART with DACO Between July 5th and 9th, French graffiti artist DACO traveled to Colombo, Kandy and Moratuwa. He presented his work, the "Graffaune" (contraction of graffiti and fauna), inspired by nature / animals and dominated by geometric shapes to different audiences. He painted a large wall at the Lanka Institute for Fashion and Technology (LIFT) where students applied his techniques to their work; at the MJF charitable foundation of the Dilmah Tea Company in Moratuwa where the children expressed themselves through a painting workshop, in the largest shopping center of Kandy in partnership with the Alliance française de Kandy and the Alliance française de Kotte in Colombo. Each of these events has been very popular and successful in the media and a large Sri Lankan company expressed its wish to work with DACO. 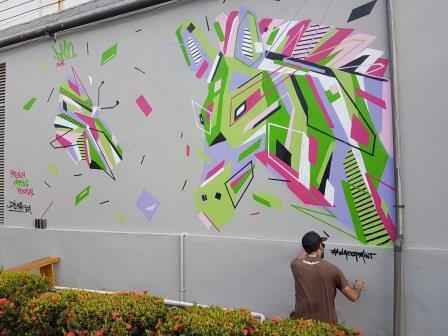 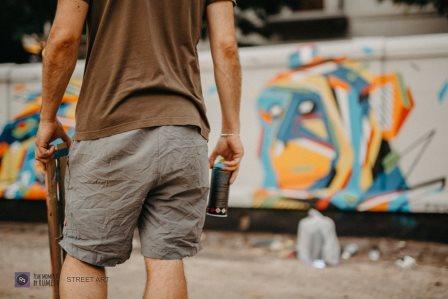 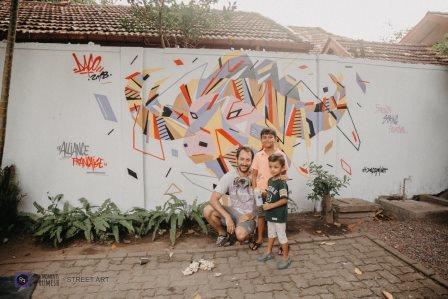 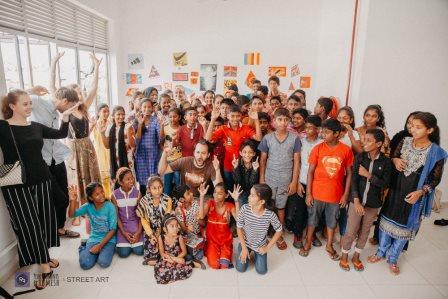 The French Spring Festival 2018 was also marked by other disciplines:

PHOTOGRAPHY and SCULPTURE for the opening ceremony With an exhibition by Marie-Caroline Senlis presented on the occasion of the opening night of the festival at the residence. A Sri Lankan jazz singer, Francesca Mudannayake (Q Music), also presented a jazz repertoire in French and English. 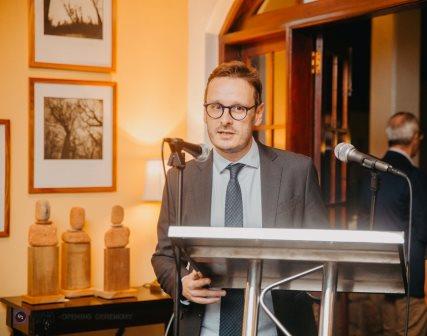 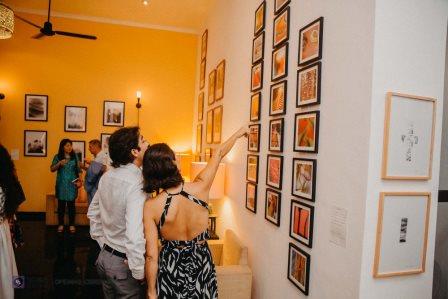 LITERATURE with Ashok Ferrey and BD One month of French-language comics was offered at the Alliance française including workshops for children, a conference and an exhibition. A literary evening on June 19, with the Sri Lankan author Ashok Ferrey, whose latest book, "The incessant chatter of demons", translated into French last April at the initiative of the Alliance française was also organized. The event, which was attended by Sri Lankan Hon. Prime Minister, Mr. Ranil Wickremesinghe, and many representatives of the cultural world, including organizers of the Galle Literary Festival, received heavy media coverage. 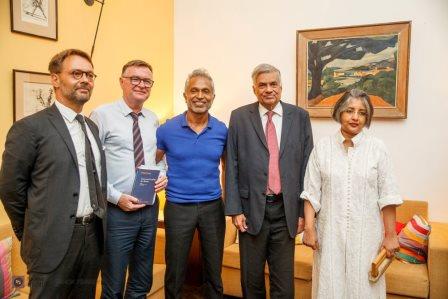 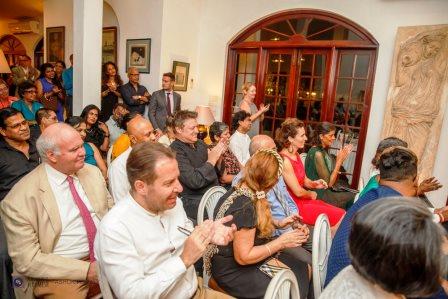 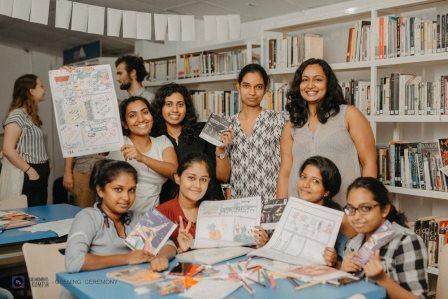 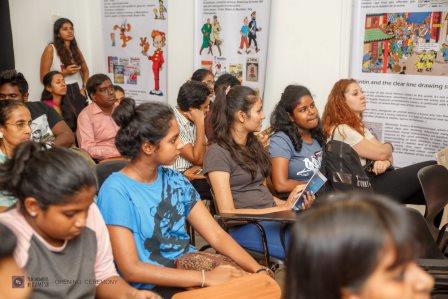 FASHION with LIFT The big "IGFS" show held on July 10th at the Hilton Colombo and was very successful. It was organized for the second time by the Lanka Institute for Fashion and Technology and Mod’Art International Paris, Sri Lankan branch, in partnership with the Embassy and the Alliance française. Fashion students from different countries of the world (Pakistan, India, Germany, France, Sri Lanka, etc.) presented their creations to more than 700 people. 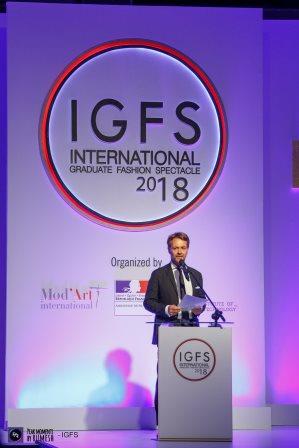 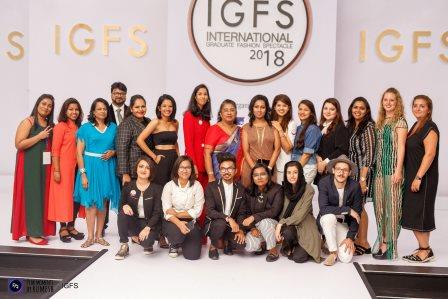 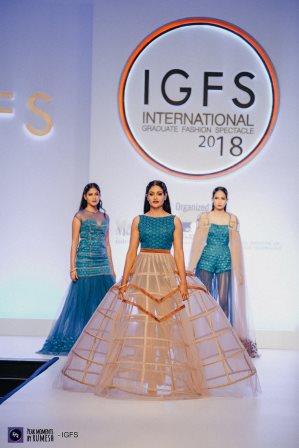 CINEMA and JAZZ On the occasion of the monthly rendez-vous Bonjour Cinéma! and to relive the Fête de la Musique, the film Django by Etienne Comar (about the life of the famous musician Django Reinhardt) was screened in one of the largest cinemas in Colombo, at the Majestic City, for two unreleased sessions in July. 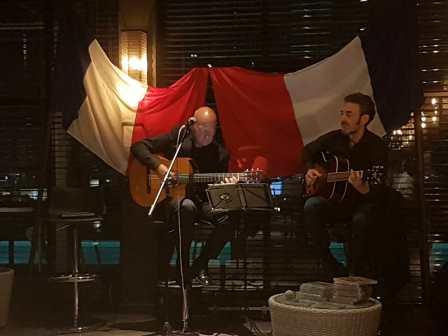 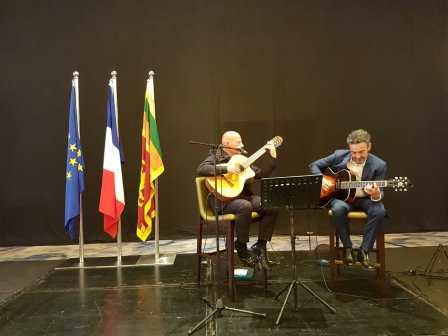 JAZZ for the French National Day and closing ceremony of the festival The French jazz duo of Philippe Loli and Leopoldo Giannola, paid tribute to Django Reinhardt during several concerts in Colombo and on the occasion of the National Day on July 14th at the Hilton Hotel Colombo in the presence of 400 people. 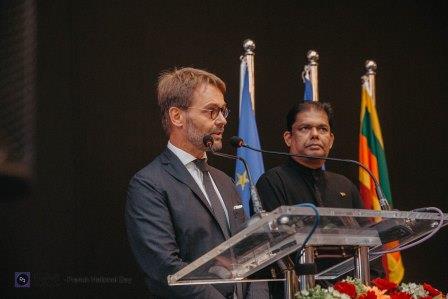 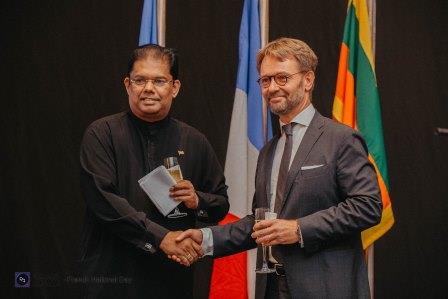 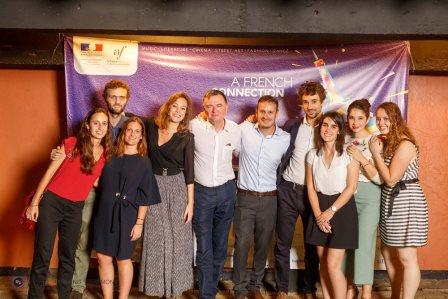