The fight against biodiversity loss is a global issue. France wishes to be a global leader in this field and make it a top priority on European and international agendas. For this reason, France is hosting the seventh session of the Intergovernmental Science-Policy Platform on Biodiversity and Ecosystem Services (IPBES) Plenary, which will take place from 29 April to 4 May 2019 at UNESCO headquarters in Paris. 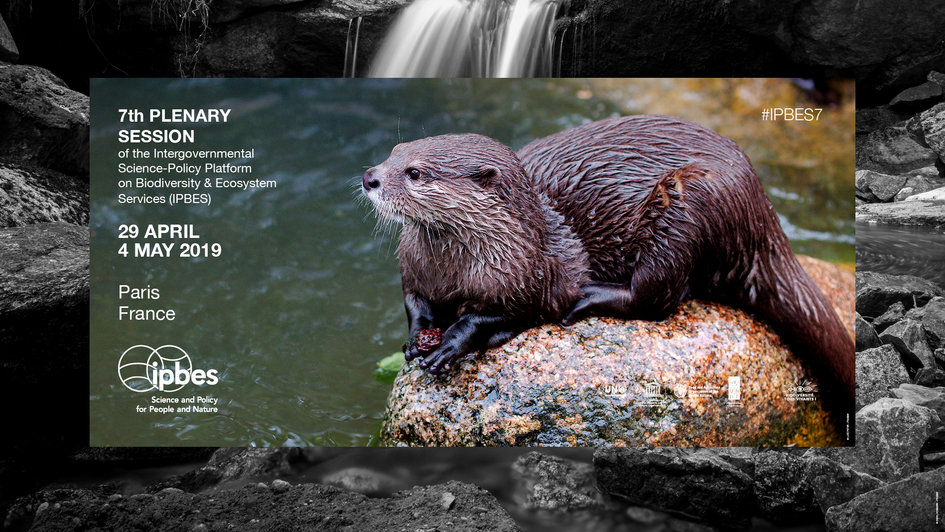 The session’s two main goals are as follows:

This global assessment of the state of nature is the first of its kind since the Millennium Ecosystem Assessment was published in 2005. Some 150 international natural and social science experts from 50 countries have worked on the report since 2016, with additional contributions from a further 250 experts. The assessment draws on nearly 15,000 references, and is the first to systematically include indigenous and local issues, priorities and knowledge.

The summary of the report will be presented to representatives of the 130 member Governments at the Plenary session, who will engage in discussions with a view to adopting a Summary for Policy Makers. This document will highlight the key messages, findings and options described in the full report. It will be publicly launched at a press conference on Monday, 6 May 2019 in Paris.

The purpose of the Global Assessment Report on Biodiversity and Ecosystem Services is to help improve the policies and actions implemented to fight the collapse of biodiversity in the near future. It is a crucial report given that we are facing the sixth mass extinction on earth, the first since the dinosaurs disappeared 65 million years ago.

The Intergovernmental Science-Policy Platform on Biodiversity and Ecosystem Services (IPBES) is the intergovernmental body which assesses the state of biodiversity and of the ecosystem services it provides to society, in response to requests from decision makers, and outlines options for the future based on different socio-economic choices.

Often described as the "IPCC for Biodiversity", IPBES is the global science-policy forum tasked with providing the best available evidence to all decision-makers for people and nature.

The mission of IPBES is to strengthen policy and decisions through science, for the conservation and sustainable use of biodiversity, long-term human well-being and sustainable development.