On the 15th of May 2015, H. E. Mr Jean-Marin Schuh, Ambassador of France to Sri Lanka and the Maldives met with the Prime Minister of the Republic of Sri Lanka, Hon. Mr Ranil Wickremasinghe. 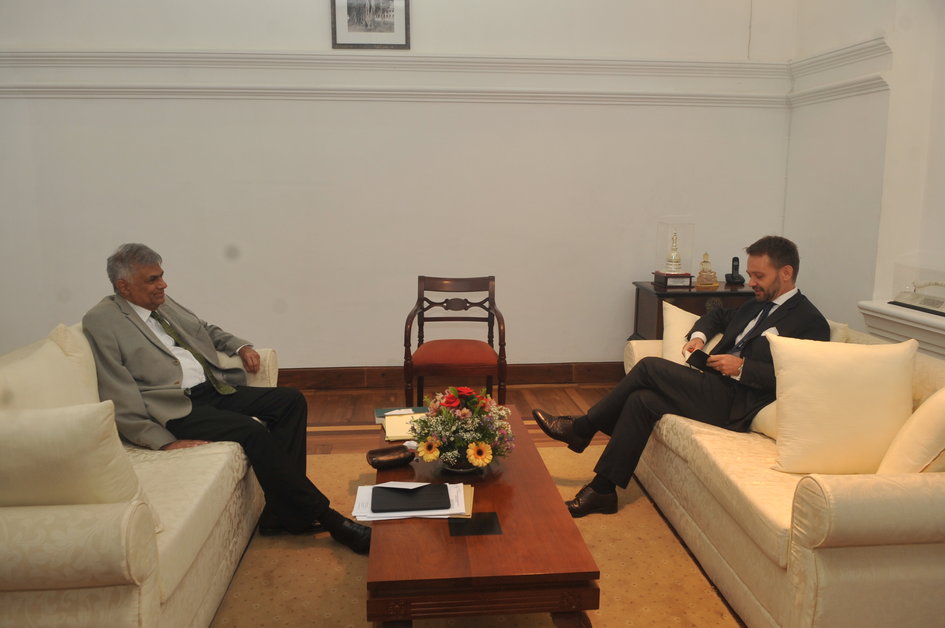 During the discussions, they had the opportunity to discuss the challenges of climate change and both countries’ environmental policies. H.E. Mr Jean-Marin Schuh presented the COP 21, to be held in Paris at the end of 2015 and emphazised France’s ambition – as host and President of the COP21- to reach a fair and binding “Paris Agreement” in December 2015. Honourable Prime Minister underlines that environmental issues were a major concern for Sri Lanka.

H.E. Mr Jean-Marin Schuh also expressed his will to strengthen the political dialog with the recently elected government of Sri Lanka. Other subjects such as good governance and reconciliation were also discussed.