The President of the Republic of Sri Lanka Mahinda Rajapaksa and Christine Robichon, ambassador of France to Sri Lanka and the Maldives, opened, on Sunday the 3rd of February 2013, the rehabilitated and upgraded Kantale Water Treatment Plant, financed under the Greater Trincomalee Integrated Water Supply Scheme by France through two channels: 12.5 million euros coming from the French Ministry of Economy and Finance and 10.3 million euros coming from the French Development Agency.

The previous infrastructure for the supply of drinking water to Trincomalee was carried out by a consortium of French companies in the early 1980s. The project just inaugurated included the rehabilitation of this existing infrastructure and the construction of new facilities which contain 12 million gallons supply capacity and will permit to supply water for 330 000 inhabitants. 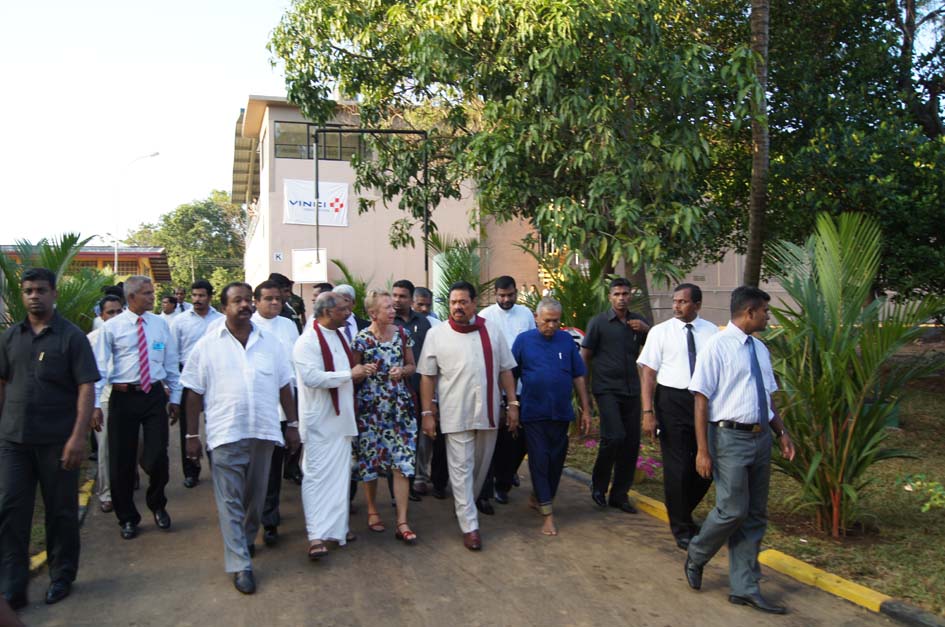