Four young people of different convictions are travelling the world to discover initiatives for interreligious or interconvictional dialogue and the promotion of living together. Feedback on the InterFaith Tour project and their trip in Sri Lanka.

On the 3rd of October, Mr. Jean-Marin Schuh, French Ambassador to Sri Lanka and Maldives, met with the four young people involved in the InterFaith project, visiting Sri Lanka, discovering initiatives for interreligious or interconvictional dialogue, and the promotion of living together. 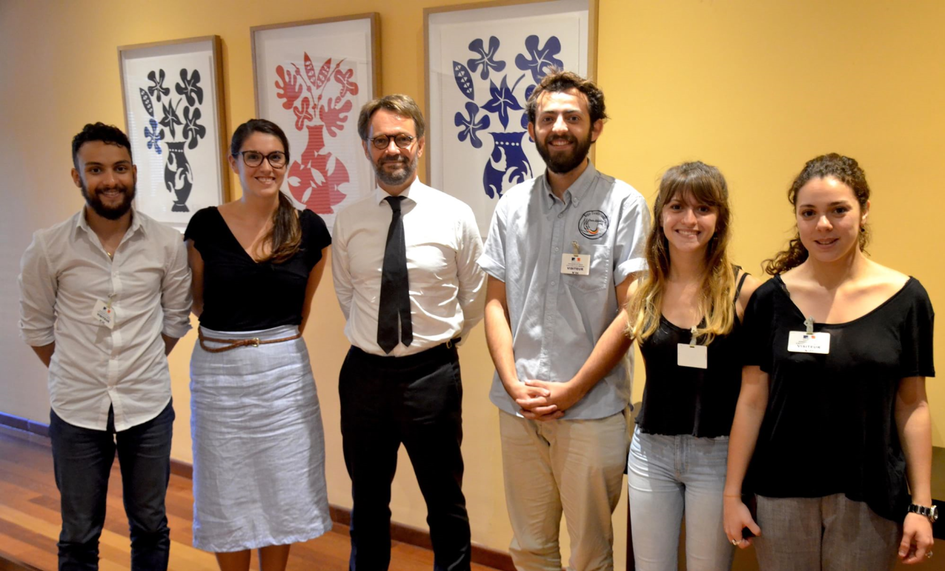 Between July 2017 and January 2018, the Coexister association is organizing a third round of interreligious initiatives, "InterFaith Tour 3". This project is supported and accompanied by the French Ministry of Europe and Foreign Affairs.

The principle of InterFaith Tour Four young people (a Jew, a Christian, a Muslim and an Atheist) meet with organizations engaged in interfaith or interconvictional dialogue and the promotion of living peacefully together around the world to understand the effective levers of peace in the world.

Their objectives To identify and identify interconvictional initiatives to import to France the most inspiring; to connect the actors of the countries visited and to share ideas and good practices; construct pedagogical and educational contents inspired by the methods identified in the field.

Their experience will lead to a restitution within the schools and to a major synthesis report summarizing the 1,200 initiatives identified in the 80 countries visited in the past three years, as well as a publication of the 100 best initiatives by the "Les Arènes" publishing house .

In Sri Lanka, our four explorers met with several associations working in support of coexistence and the welfare of ethnic and religious communities. After a short trip to Jaffna, they will fly to Malaysia and then New Zealand. Good luck! 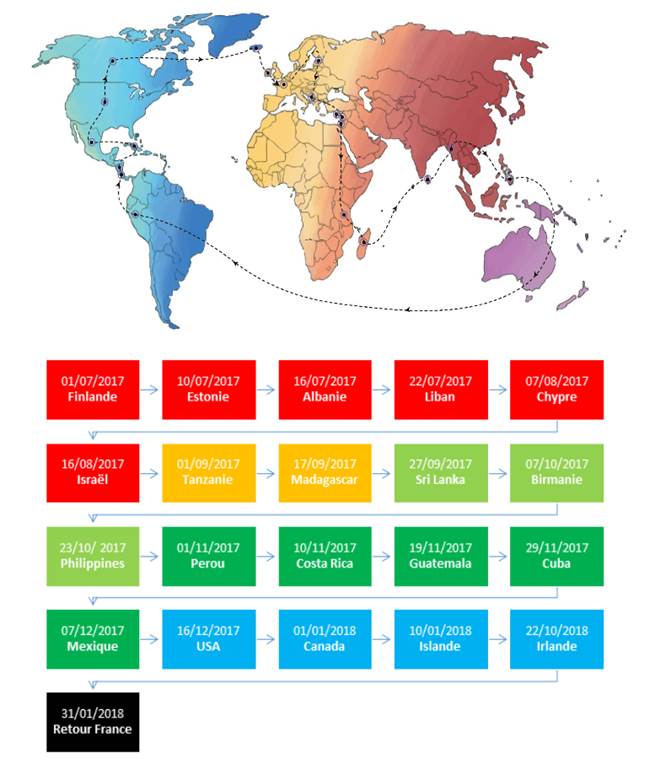