On this day, together with millions of people around the world, France celebrates the International Day against Homophobia, Transphobia and Biphobia.

The French Embassy to Sri Lanka and to the Maldives joins the global movement in support of the International Day against Homophobia, Transphobia and Biphobia. 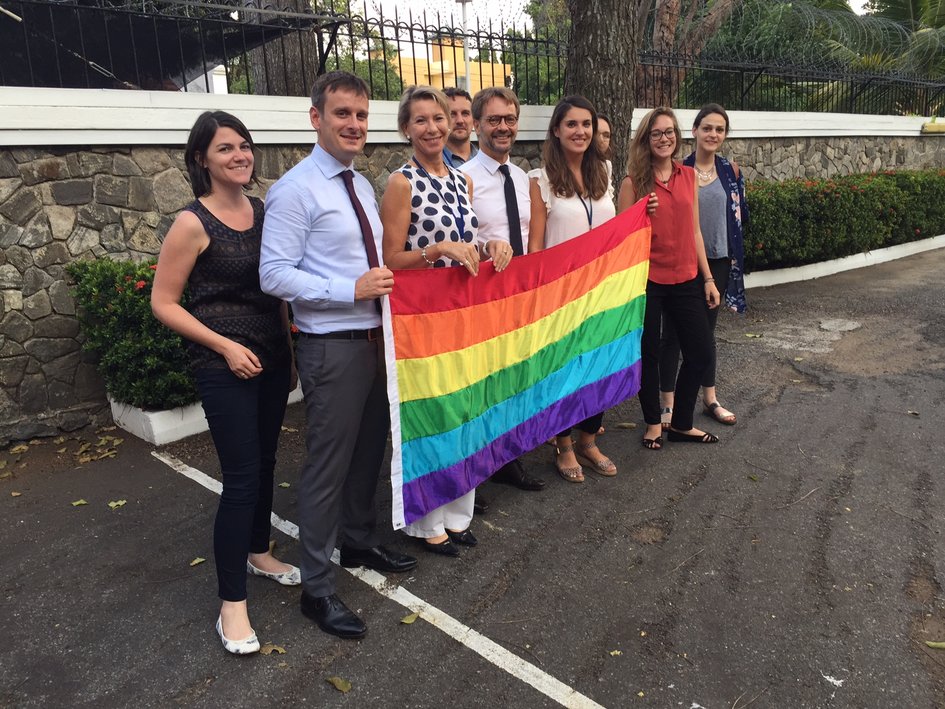 You will find below the declaration by the High Representative, Federica Mogherini, on behalf of the EU on the occasion of the International Day Against Homophobia, Transphobia And Biphobia, 17 May 2017

"On this day, together with millions of people around the world, the EU celebrates the International Day against Homophobia, Transphobia and Biphobia. It is a timely opportunity to remind Governments of their obligation to promote the universality of human rights and ensure that everyone, regardless of their gender identity or sexual orientation enjoys these rights without discrimination.

In recent years, remarkable progress has been made around the world to advance the enjoyment of all human rights by lesbian, gay, bisexual, transgender and Intersex persons (LGBTI). Several countries have decriminalised homosexuality and others have enacted new statutes to protect individuals on the basis of their sexual orientation and gender identity. None of these changes could have happened without the dedication of courageous activists working to advance equal rights for LGBTI persons.

Great obstacles remain in many places around the globe. Discrimination and violence against LGBTI persons is still widespread. Engaging in same-sex relations is considered a crime in more than 70 countries and could even lead to the death penalty in some. The EU condemns discrimination and violence against LGBTI individuals in the strongest possible terms.

The EU is funding projects worldwide aimed at improving LGBTI organisations’ visibility and acceptance, enhancing their dialogue with authorities to change laws, combating homophobia, and protecting LGBTI persons from violence. Support is also given to training, information and legal support to LGBTI persons and civil society organisations.

In June 2016, the Council adopted for the first time conclusions on LGBTI equality responding to the Commission’s List of Actions on this issue. The EU will continue working with all partners to advance the human rights of all people regardless of their sexual orientation and gender identity."