Two francophones selected to take part in a 10-day seminar about Climate Change and Human Rights in Paris: LabCitoyen 2015. 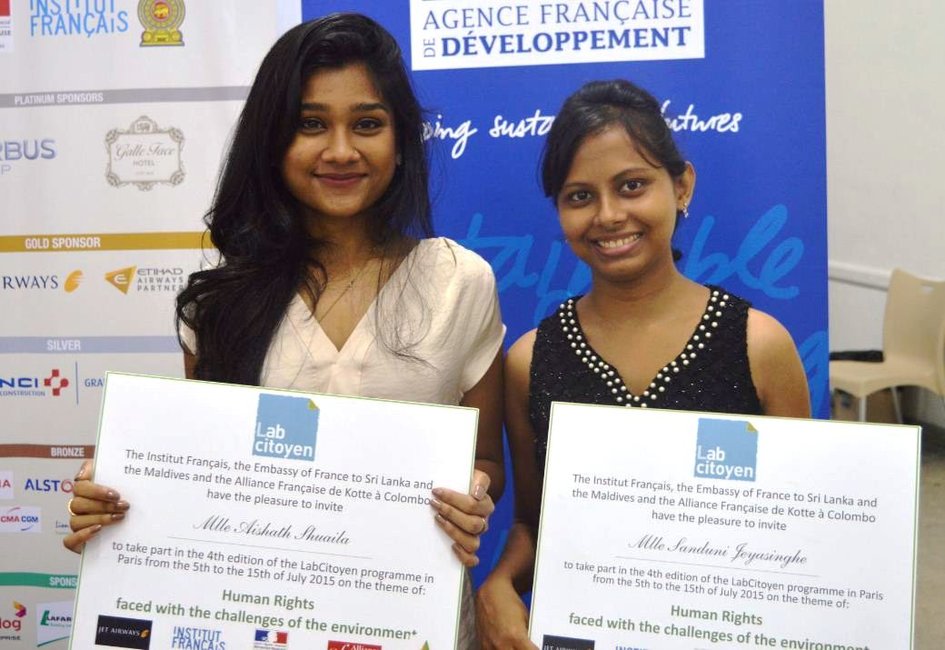 On the occasion of the inauguration of the exhibition “60 SOLUTIONS AGAINST CLIMATE CHANGE” at the National Art Gallery of Colombo, on the 4th of June -the eve of World Environment Day- the Ambassador of France to Sri Lanka and the Maldives, H.E. Mr Jean-Marin Schuh, awarded Ms. Sanduni Jeyasinghe of Sri Lanka and Ms. Aishath Shuaila Rasheed of Maldives, winners of the LabCitoyen 2015 contest, with an invitation to take part in a 10-day forum in Paris from the 5th to the 15th of July 2015. Mr Thasnim Zubair, Manager, and Mr Thilina Abayasiri, Assistant Manager of Jet Airways in Sri Lanka, Embassy of France’s airline partner, presented the two winners with flight tickets to and from Paris.

In light of France hosting the 21st Conference of the Parties on Climate Change (COP21) this year, the theme of the competition was “Human Rights faced with the challenges of the Environment”. Two seats were up for grabs for French speakers involved in defending Human Rights and the Environment. Aishath and Sanduni won the competition for each of their respective countries. They were selected following a tough series of tests involving written essays and oral presentations in French on the topic of climate change, environment and human rights.

This is the fourth edition of the LabCitoyen programme which is launched by the Institut Français to bring young learners of the French language who are involved in the field of Human rights together in Paris once a year. Coming from all over the world, over one hundred young participants aged 18 to 25 are invited by the French Ministry of Foreign Affairs to go to France, between the 5th and the 15th of July 2015 for an all-expense-paid stay in order to to take part in conferences, debates, cultural visits, workshops, and meetings, to discuss Human Rights, the Environment, climate change and to get to know France. The LabCitoyen programme aims to promote the French language as a tool for debate and action. 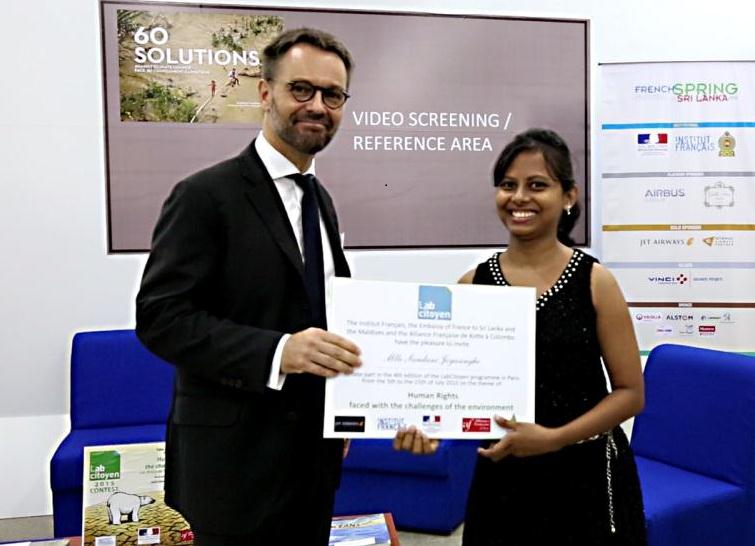 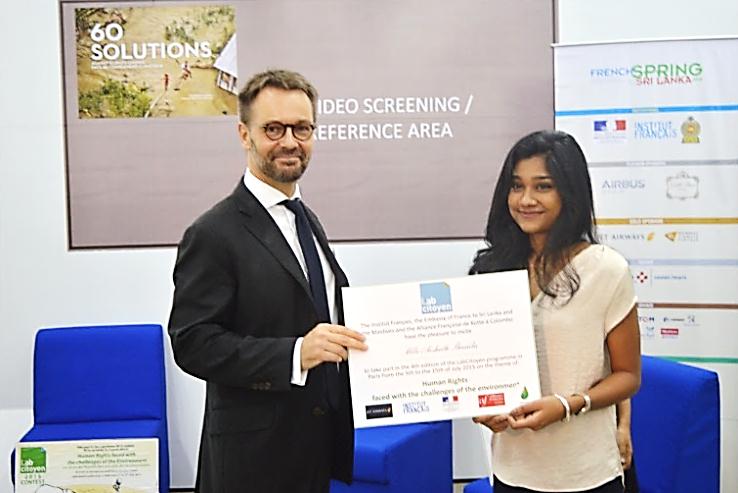 H.E. Mr Jean-Marin Schuh, Ambassador of France to Sri Lanka and the Maldives, awarded the winners of Labcitoyen 2015 with an invitation to take part in an international youth forum in Paris from the 5th to the 15th of July 2015. Ms. Aishath Shuaila Rasheed and Ms. Sanduni Jeyasinghe won the competition for Maldives and Sri Lanka respectively 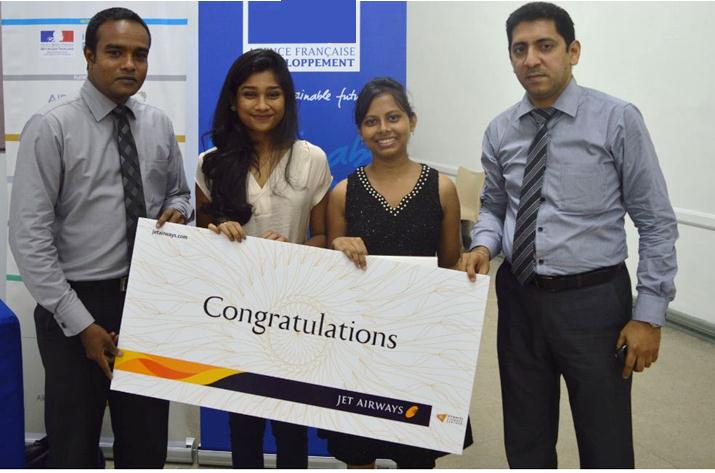