Labcitoyen : A young Sri Lankan chosen for a 10-day forum in Paris [fr]

The Embassy of France to Sri Lanka and the Maldives selected the winner of the 2014 contest amonf 15 candidates : the winner is a sri lankan student. Graduated with DALF diploma, she obtained the best result. Her official invitation and her flight ticket will be officially given the 2nd of July at Alliance Française de Kotte in Colombo, 11 Keppetipola, Colombo 5. 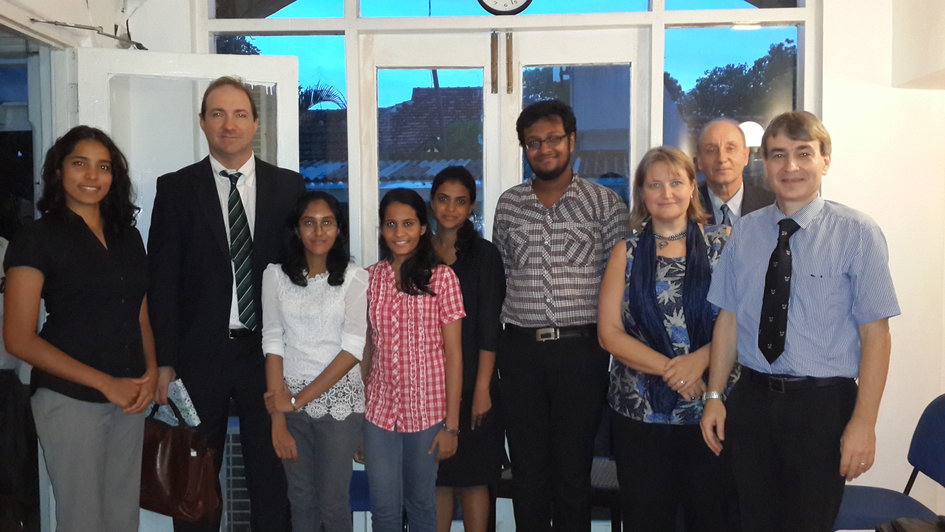 On the 2nd of July, H.E. Mr Jean-Paul Monchau, Ambassador of France in Sri Lanka, awarded Miss Methsarani Lokuge, winner of the Labcitoyen 2014 contest, with an invitation to take part in a 10-day forum in Paris from the 6th to the 16th of July 2014. 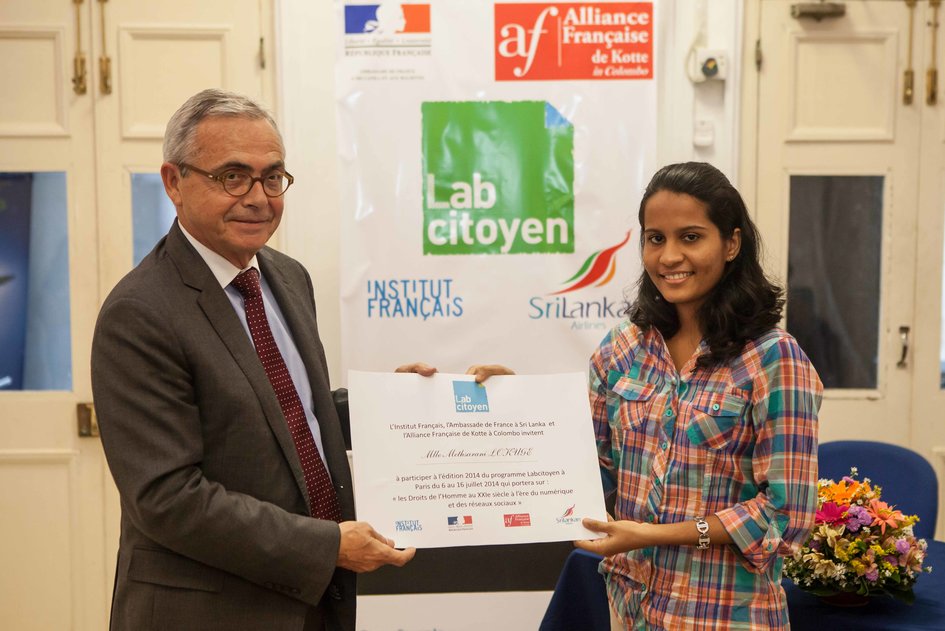 Mr Deepal Perera, Manager Media Relations & PR of Sri Lankan Airlines presented Miss Lokuge with her tickets for her direct flight to and from Paris. 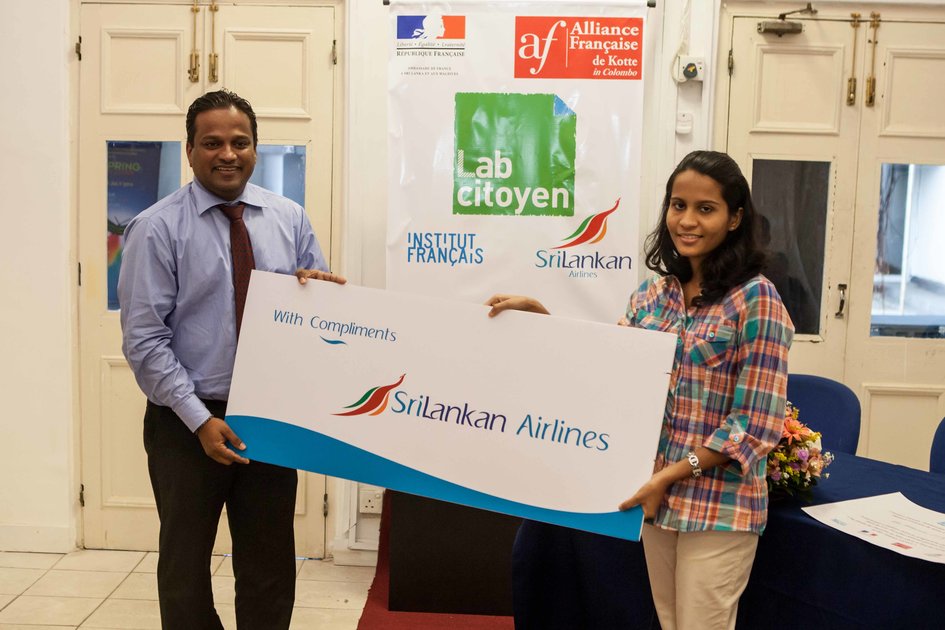 Designed by the French Ministry of Foreign Affairs and the Institut Français, the Labcitoyen programme aims to promote the French language as a tool for debate and action on the major issues of our time through conferences, debates, cultural visits and workshops.

The 3rd edition of the Labcitoyen programme launched by the Institut Français will bring young learners of the French language who are interested in the field of Human rights from all over the world together for a 10-day forum in Paris. Aged 18 to 25, the 130 young people selected from all over the world (like Methsarani Lokuge from Sri Lanka) are invited by France, between the 6th and the 16th of July 2014 for an all-expense-paid stay in order to participate in the forum and to get to know France.