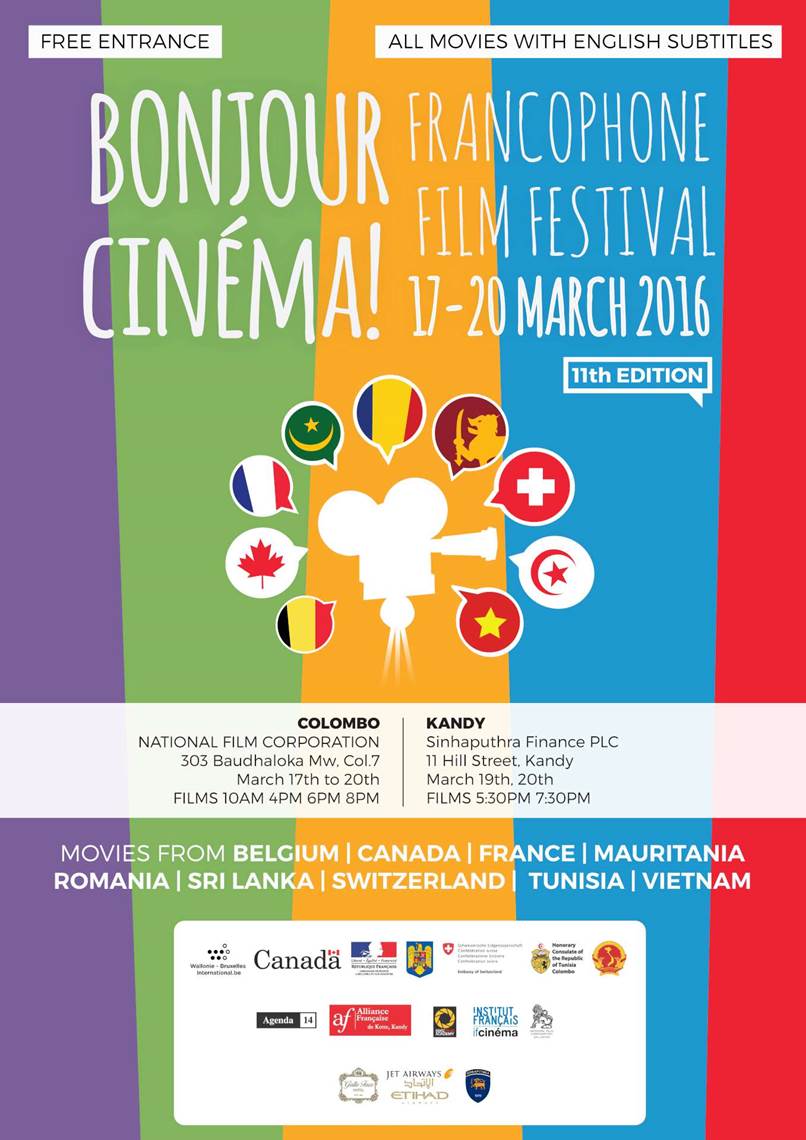 Each year in March the « mois de la Francophonie » is celebrated all over the world. In Sri Lanka, the High Commission of Canada, the Embassy of France, Vietnam, Switzerland, Romania, the Consulate of Tunisia, Wallonie-Bruxelles International.be, represented by the Consulate of Belgium, and the Alliance Française de Kotte in association with the National Film Corporation and Agenda 14 have come together to present the Festival Bonjour Cinéma!

The Festival will present a collection of diversified movies produced in member countries of the International Organisation of “La Francophonie” (OIF), reflecting the diversity of the francophone world. All the films will be presented with English subtitles, enabling the audience to experience different aspects of the Francophone world through cinema. Aiming at bringing free cultural activities that entertain, educate and improve cross-cultural understanding, to both Sri Lanka and international community, the festival will also present short films made by Sri Lankan filmmakers before each film.

The entire team of the Festival gives special thanks to the National Film Corporation, the Institut Français and all other partners for contributing to the 11th edition of Bonjour Cinéma! 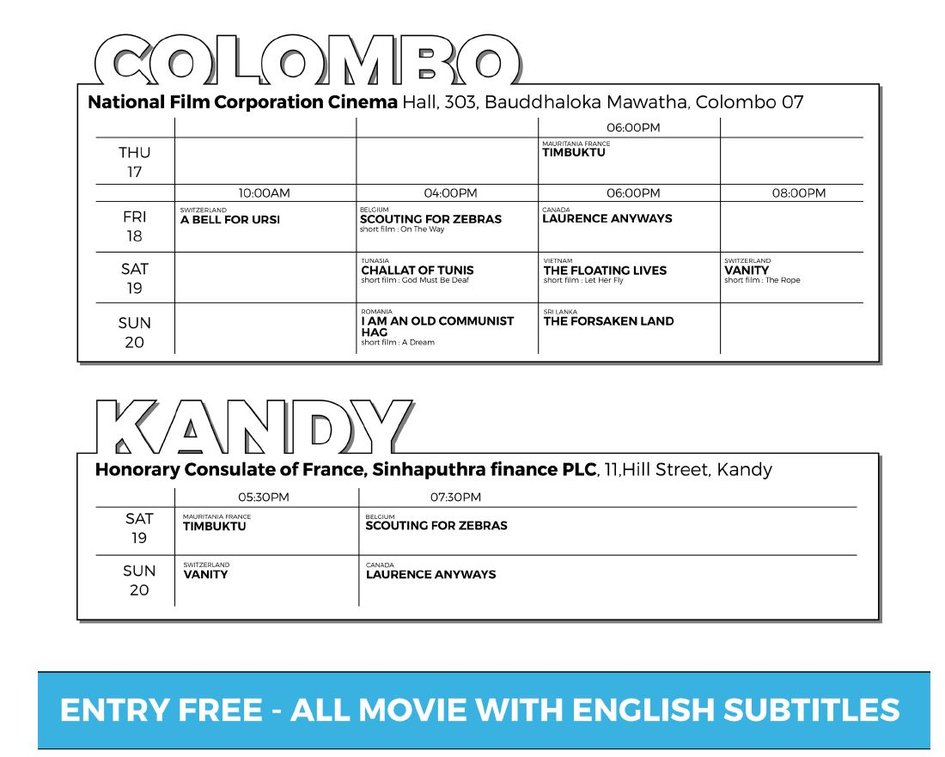 For further information about the International Organization of Francophone, have a look at here