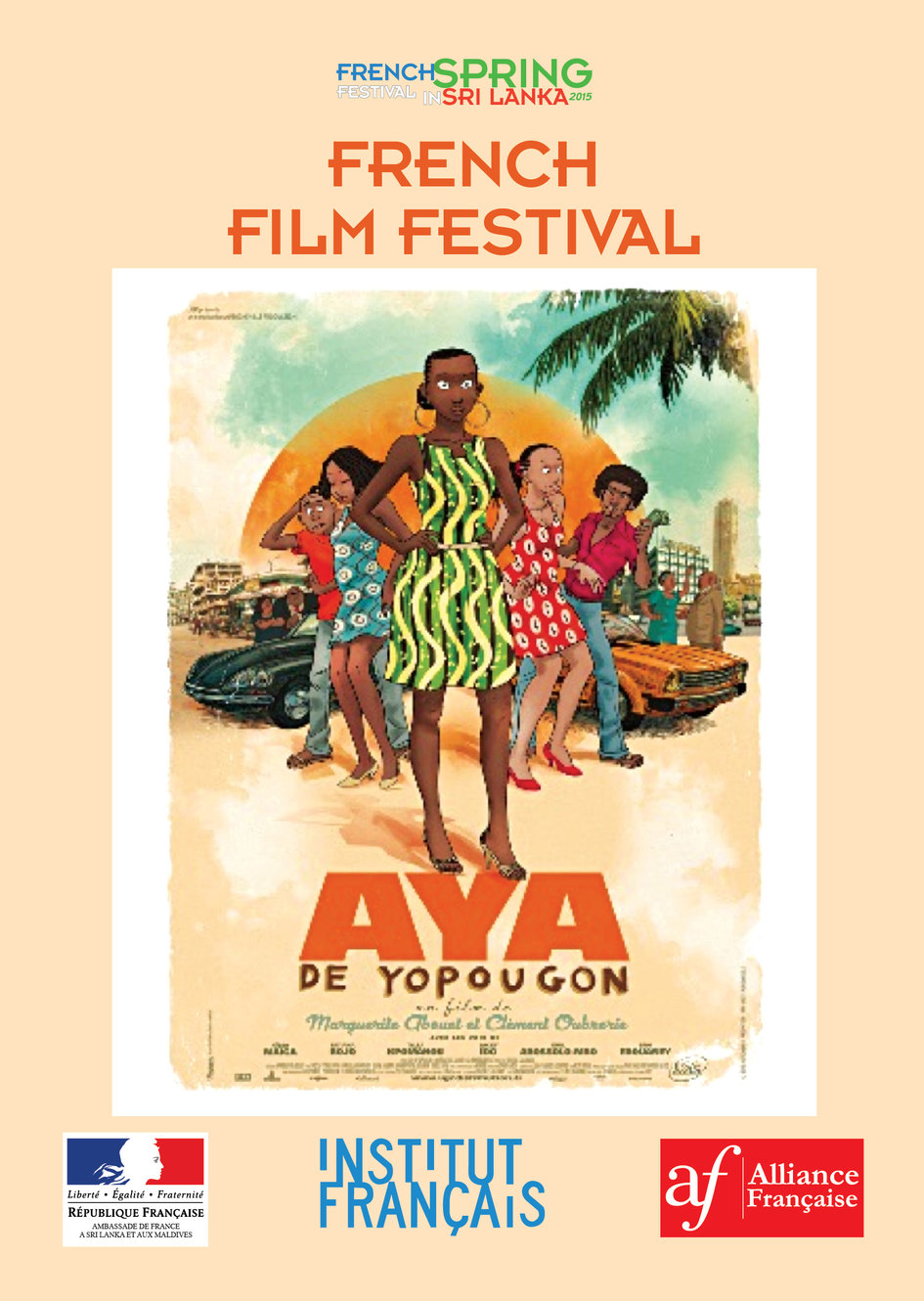 In the framework of the French Film Festival, the Embassy of France to Sri Lanka and the Maldives and the Alliance Française network have the pleasure to welcome Mrs Marguerite Abouet , writer, screenwriter and film director, who will present her movie: Aya de Yopougon (2013) and conduct a workshop at the Digital Film Academy.

Dedicated author, Marguerite Abouet, through her endearing character Aya, relates in a humorous and jovial register, Africa and its daily reality, far from the usual cliché, from war and crops. She founded the organization "Book for all", to promote and facilitate access to books to underprivileged areas of Africa.

Inspired of Marguerite Abouet’s own African childhood stories in Ivory Coast, Aya de Yopougon’s adventures started as a series of comics, illustrated by Clément Oubrerie and published from 2005 to 2010. Adapted from the comics, the movie presented during the French Film Festival stars Aya, a serious 19 years old student living in a popular neighborhood of Abidjan, who shares her days between school, family and her two best friends, Adjoua and Bintou. But one day, when Adjoua discovers she is pregnant, Aya’s life takes a turn. Aya de Yopougon‘s stories meet a great success over the world and were translated into more than 20 languages.

This edition 2015 French Film Festival, event of the French Spring Festival will present Aya de Yopougon, The Rabbi’s Cat by internationally renowned film makers Joann Sfar & Antoine Delesvaux and Approved for Adoption by Jung Henin and Laurent Boileau. These three animated movies highlighting the topic of identity in a multicultural world will be screened in Matara, Kandy and Colombo, at the National Film Corporation.