Home > Meetings with the minister of foreign affairs hosted by Mr. Ayrault, (...)

These meetings will provide an opportunity to mark France’s support for the courageous policy of openness and reconciliation pursued by the Sri Lankan authorities since the presidential elections in 2015 and to strengthen our cooperation, notably on the economic front, in order to contribute to the island’s development. Agreements in the areas of cultural heritage, the teaching of French, and development will also be signed. 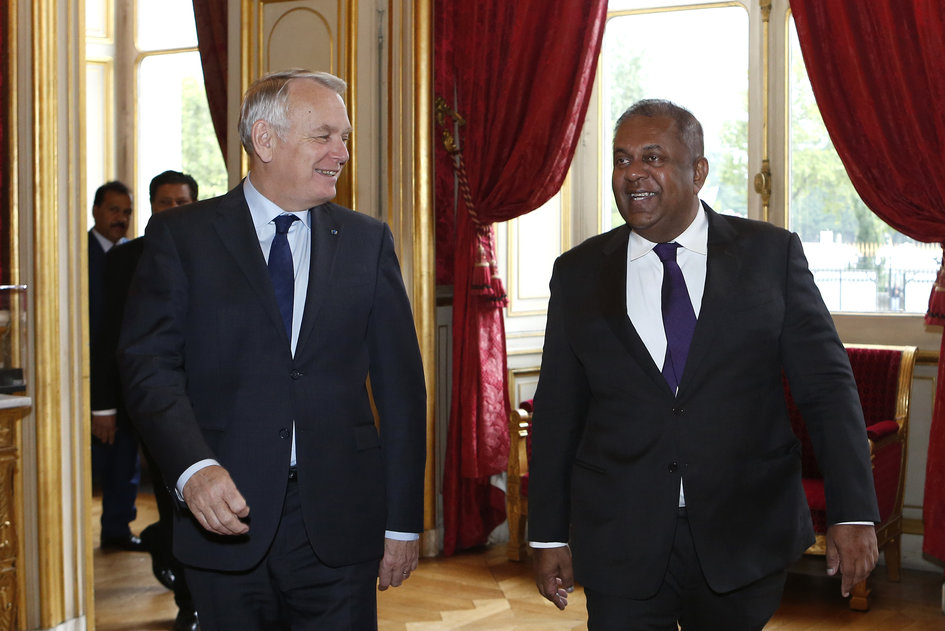 Addressing the MEDEF International (French Entrepreneurs Association) at a business conclave in Paris, Minister of Foreign Affairs, Mangala Samaraweera, spoke in front of a large delegation of French entrepreneurs covering multiple sectors in which the French expertise were present internationally. Foreign Minister, outlined the key economic targets of the Sri Lanka government and stressed the role of French investments in the country as a means of deepening the strategic partnership. Minister Samaraweera, also highlighted that the participation of French companies in the implementation of development projects reflected a new degree of confidence placed on the country and noted the growing enthusiasm generated internationally for such economic partnerships. In this respect, Minister gave an overview of Sri Lanka’s performance on the macroeconomic level and emphasised on the Mega Police plan and other the new policies being devised for accelerated economic development, including the soon to be established one stop shop, the ’Sri Lanka Development Agency’. The MEDEF thanked, Minister for his participation at the Forum and giving a first-hand account of the policy developments of the country for a conducive investment climate. Many of the giant French conglomerates expressed a keen interest to be a stakeholder in Sri Lanka’s economic development process. A delegation of French Investors will also participate at the World Export Development Forum to be held in October 2014. Mega French companies such as Airbus, Total, CMCGA, Suez, Vinci, Veolia, Safran, Thales, Bureau Veritas etc. have already established their presence in the country. 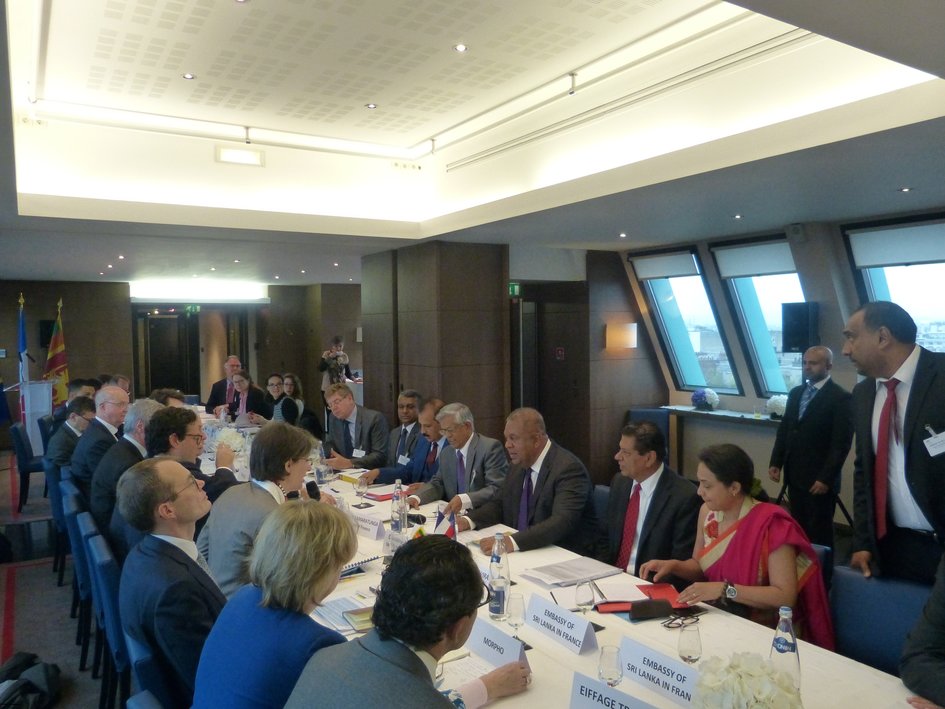 An agreement on cultural cooperation was signed by Sri Lanka’s Minister of Foreign Affairs Mangala Samaraweera and French Minister of State for Development and Francophonie André Vallini at Quai d’Orsay on Thursday. 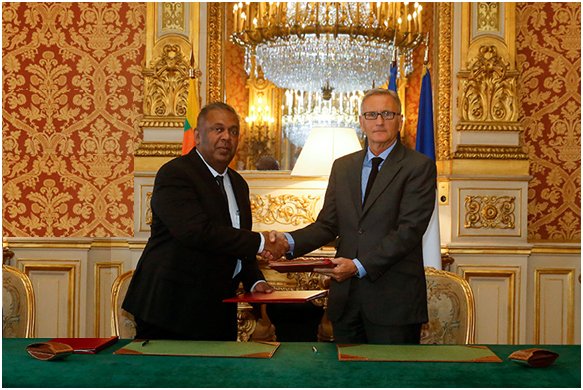