Home > The Embassy > The Ambassador > Speeches > Message from H.E. Mr Jean Marin SCHUH on the occasion of Bastille Day (...)

Message from H.E. Mr Jean-Marin SCHUH on the occasion of Bastille Day 2016 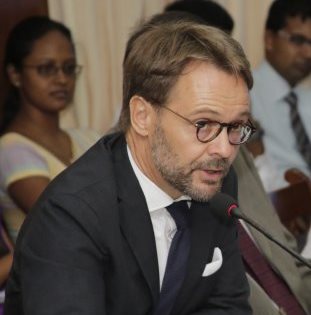 The year 2015 ended in tragedy in France, but it also concluded on a hopeful note. The tragedy was the dreadful terror attack in November, of a scale never seen before in our country. The hopeful note was the Paris agreement on global warming.

The November attack was unfortunately not the only one, it was preceded by others, in Paris in January, in particular against a newspaper whose only mistake was not to take itself seriously. It was followed by others, just as murderous, in Brussels, in Istanbul, in Bagdad or in Bamako. This reminds us that the fight against terrorism is far from over. This reminds us also that freedom of expression, freedom of belief, all our freedoms are still at stake. The fall of the Bastille prison, which we are celebrating today, was then, at the dawn of the French Revolution, a symbol of the fight against obscurantism and intolerance. More than ever, this fight is still relevant.

The agreement on climate change, signed in Paris on 12 December last year, is however a hopeful note. In the history of the United Nations, it had never been possible to bring together, on the same day, 170 countries to sign an agreement.

However, nothing could be taken for granted. Up until the last minute, we had to overcome doubts and go beyond our national interests: as the President of the French Republic said, “we had to be able, together, to further an ambition for mankind, for future generations. Be ready to commit ourselves to an agreement that could be ambitious, universal, binding, and that commits us all to reducing the rise in temperatures in the coming years”.

It is now necessary that statements are matched with real action. Urgency has not disappeared on December 12. The past few months have been the warmest in the last 100 years. Everyone talked about the appalling floods in Sri Lanka a few weeks ago or the devastating cyclone in Fiji, precisely at the time of the Paris Agreement signing ceremony in New York.

Beyond this agreement between 170 countries, a number of initiatives have been launched in Paris on December 12, that have taken shape in recent weeks: 10.000 stakeholders involved in the Lima-Paris Action Agenda; the International Solar Alliance, the plan to develop renewable energy in Africa, the innovation mission for green technologies, the high-level coalition to set a carbon price. This must be our main commitment today: to set a carbon price to reorient investment and change both businesses’ and consumers’ choices.

It is necessary, finally, to scale up financial support to achieve 100 billion USD annually by 2020 which is the key element of the Paris Agreement; more if we can. For this purpose, France confirms that it will increase its annual climate financial commitments from 3 to 5 billion € by 2020.

At the signing of the Agreement in New York, the President of the French Republic quoted David Thoreau, who reminds us that “no one is responsible for doing everything, but everyone has to do something”.

The French Ministers expressed our full support for the courageous policy of openness and reconciliation pursued by the Sri Lankan authorities since the presidential elections in 2015. We decided to strengthen our cooperation in many fields, with agreements on cultural heritage, teaching of French language and development. Contracts in the field of water, in Matale and Colombo, were signed with two of our largest companies, Suez and Veolia. The French Development Agency (AFD), our main operator for development aid in Sri Lanka, signed a major contract in the field of water for the city of Negombo, and is working on another loan agreement for the development of Anuradhapura city.

Please find below the supplement 14th of July prepared with Daily Mirror and Daily FT.

This special issue delves into each of these themes and touches on others, traditional in our bilateral cooperation and still important today, such as Studies in France and what French companies can bring to Sri Lanka. I encourage you to discover all of this in this annual press piece. 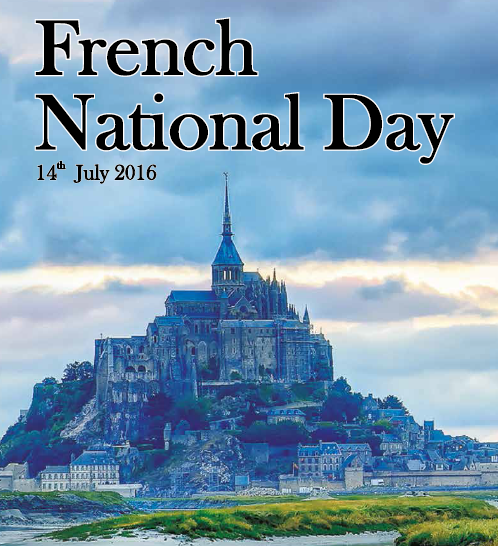