Home > Message of the Ambassador of France

Message of the Ambassador of France

The 14th of July, French people celebrate their National Day, the anniversary of the storming of the Bastille by the people of Paris. The fall of the Bastille, a symbol of royal tyranny, is seen as the first step of the struggle led by French men and women under the motto “Liberty, Equality, Fraternity”. 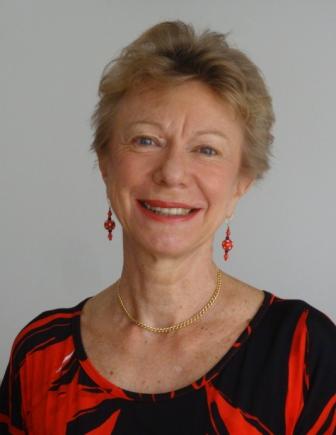 Their road to freedom has been long and curvy but it led to a firmly established democracy and created a conducive environment for economic development.

France is today among the leading industrial economies in the automotive, aerospace and railways sectors, as well as in cosmetics, luxury goods, pharmaceuticals, telecom, power generation, agriculture and hospitality. Out of the 500 biggest companies in the world, 35 are French. France is also the world’s leading tourist destination and is attracting more and more foreign students.

In this time of global economic difficulties, the French government is facing challenges to achieve its two main objectives : to create jobs and to reduce both the budget deficit and the trade deficit.

The first priorities of the foreign policy of France are to ensure the security of its people and territory and to continue to contribute to the collective efforts conducted in international fora to shape a better world for the future generations, a world where human beings will everywhere enjoy their fundamental rights, more security and more justice, a world where cultural diversity will be protected and where economic growth will not harm the nature.

The annual meeting of the Global Fund against HIV, Malaria and Tuberculosis, which was held in Colombo last month provides me the opportunity to underline the importance of my country’s part in the international efforts to improve the live of millions of people. France, the second biggest donor of the Fund, has voluntarily channelled through it the cumulative amount of 3,3 billion USD dedicated to the fight against these three diseases in 151 countries.

France and Sri Lanka have old and friendly relations. During my extensive travels in the country, I had often the pleasure to see evidences of ancient and recent action of fellow citizens to serve the people of Sri Lanka. Some weeks ago, while travelling to Batticaloa along the A5 road, I stopped to make a picture of a nice Catholic church in Pullumalai, a place where the inhabitants, from different communities suffered tremendously during the war. Hung on the wall of this church, a board provides a summary of its history and reminds of the role of a priest and a bishop both bearing French names in building this place of worship as well as a jungle school during the last years of the 19th century. I was particularly happy to see that the anonymous author of the board took care to stress that when the school was founded half of its pupils were Sinhalese and half Tamil.

During the same trip, in Batticaloa, Kalmunai and Ampara, I heard expressions of gratitude for the humanitarian assistance provided by France, French NGO’s and French generous individuals after the tsunami, as well as positive comments on the support of France in the financing of the bridges and the reconstruction of the road between Trincomalee and Batticaloa.

Among the new developments in our bilateral relations since last Bastille Day, I am happy to mention the opening by H.E. the President and myself, of the upgraded Kantale water treatment unit, the beginning of the use of a concessional loan of 22 millions Euros provided to the government for the supply of 46 metallic bridges and the recent signature by the Ministry of Fisheries and a French company of a MoU related to building of three fishery harbours.

Our bilateral trade relations have witnessed a growth of 60 % between 2002 and 2012. France remains a major market for Sri Lankan goods. Despite the economic slowdown in my country, exportations of Sri Lankan textile and garment products continued to grow by 12 % in 2011 and by 23 % in 2012.

The agreement signed last month between Sri Lankan Airlines and Airbus for the purchase of 10 airplanes will improve both the economic performance of the airline company and the volume of trade between our two countries.

Our National Day marks the closure of the second edition of the French Spring, the cultural festival organised by the Embassy and the Alliance Française network. I wish to express my gratitude to the Sri Lankan organisations and the French and Sri Lankan companies which supported this initiative. Thanks to them, French artists could interact with Sri Lankan colleagues and with the public, particularly the youth, in Colombo, Kandy, Matara, Galle and Jaffna.

I have been in Sri Lanka for three years and a half and I am reaching the end of my term. I take the opportunity of this message to thank the people of Sri Lanka for the friendship they extended to me. From the bottom of my heart, I wish them all success in building a nation free of fears, at peace with itself and proud of its religious and cultural diversity, a nation able to make of Sri Lanka a wonder of Asia.

Christine Robichon, Ambassador of France to Sri Lanka and the Maldives.