French Development Agency approved its support to the Mundeni Aru River Basin Development Project in December 2018, adding a LKR 30.3 billion loan (EUR 150 million) to the LKR 1.3 billion (EUR 6.5 million) invested by the Government of Sri Lanka. These financings are completed by a LKR 2.4 billion grant (EUR 12 million) approved last February by the Board of the European Union for technical assistance purposes. 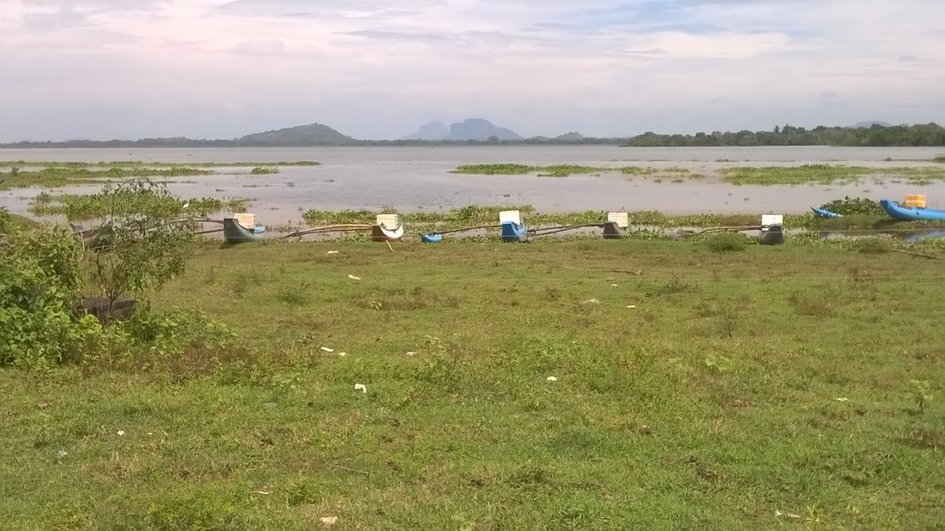 A reservoir in the Mundeni Aru basin.

The Mundeni Aru River Basin Development Project will improve the living conditions of the inhabitants of the basin by extending the areas covered by irrigation systems, by supplying water for agricultural and domestic purposes and by mitigating flood risks. Farmers in the area will see an increase in their crop harvest and, thereby, their incomes. These farmers will also learn climate friendly agricultural practices and have the opportunity to diversify their crops.

The catchment area of the Mundeni Aru river basin extends mainly to the rural areas of Ampara and Batticaloa districts in the Eastern Province, and to the districts of Monaragala and Badulla in Uva Province. This rice basin contributes significantly to the country’s agricultural economy. However, frequent floods are a recurring threat to the population living downstream. Agricultural activities in this area are also heavily impacted by droughts, as evidenced during 2016 and 2017. According to climate experts, climate change will exacerbate these extreme events and lead to long-term and gradual changes in Sri Lanka’s climate, such as rising temperature and erratic rainfall patterns, leading to severe consequences for agricultural production and food security.

To address these social, economic and environmental challenges, the Mundeni Aru River Basin Development Project includes the construction of a new multipurpose reservoir upstream the Maha-Oya River. This 80 million cubic meters reservoir is expected to provide irrigation to more than 3,000 hectares and thus allow the farmers to benefit from two to three crops per year. The project also includes the merging of the existing Rugam and Kithulwewa reservoirs downstream the river, having respectively a capacity of 23 and 5.2 million cubic meters and currently irrigating almost 4,300 hectares. The combined Rugam-Kitulwewa reservoir would have a capacity over 80 million cubic meters and is expected to provide irrigation to 10,500 hectares of land. In total, an expansion of more than 9,200 hectares of irrigated lands is expected, through the construction of new irrigation networks along with the renovation of old ones.

In order to optimize the benefit of the water resource for the different users and to prevent conflict among them, which is a major challenge in a context of water scarcity, the project will promote integrated water resource management (IWRM) at the basin level. To do so, the project will support better water governance in the area by reinforcing dialogue between the stakeholders.

Finally, thanks to the promotion of farming practices that sustainably increase agricultural and livestock productivity, reduce greenhouse gas emission and improve resilience to climate change, agricultural production in the region is expected to be increased by more than 200,000 tons per year.

H.G. Gunadasa, 65 years old, a farmer in the Maha Oya area and a father of three, is looking forward to the benefits this project will provide: “I have two acres of high land in which I cultivate coconuts, mangos and oranges,” he says. “I also have two acres of rain-fed land where I cultivate peanuts, sweet potatoes and manioc. I also cultivate one acre of paddy. I earn about 700,000 rupees annually from these lands. With the new irrigation facilities and the Maha Oya reservoir, my income will be three times higher, and I will be able to cultivate other fruits, like dragon fruit.” Mr. Gunadasa, who was awarded ‘Best Farmer’ by the Ampara Agriculture Department in 2008, adds that he would also be interested in taking up goat farming. 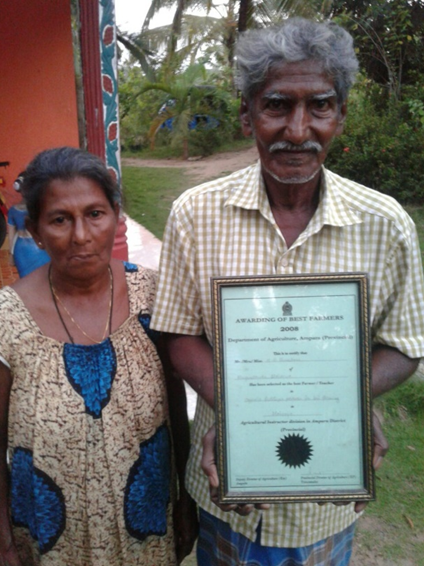 The approvals given by AFD and the EU are the result of three years of preparation and studies on the feasibility of the project and its environmental and social impacts. The Sri Lankan Department of Irrigation will be in charge of implementing the project, and a dedicated project team has already been formed and is working on the startup phase. “This is one of the largest projects managed by the Irrigation Department at the national level”, explains Mr. Sivapalasunadaram, the Project Director. ”We already have a team of 20 persons working on site to prepare for project implementation. Maintaining contact with the local farmers is especially important and our team is based in two locations within the project area."

While the project is expected to be complete in 2025, its impact may be visible as early as 2022, with rehabilitation of existing networks, reforestation and elephant fences already in place to secure their path and protect plantations. 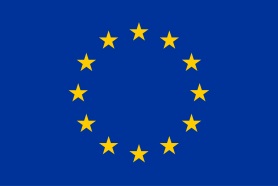