Mr Mohamed NASHEED, former President of the Republic of Maldives paid a courtesy call on the Ambassador of France [fr]

Mr Mohamed NASHEED, former President of the Republic of Maldives paid a courtesy call on Mr Jean-Paul MONCHAU, Ambassador of France, on 2nd of June in Colombo. Mr NASHEED was accompanied by a delegation of MDP members, including Mr Abdullah SHAHID, former Speaker of the People’s Majlis. 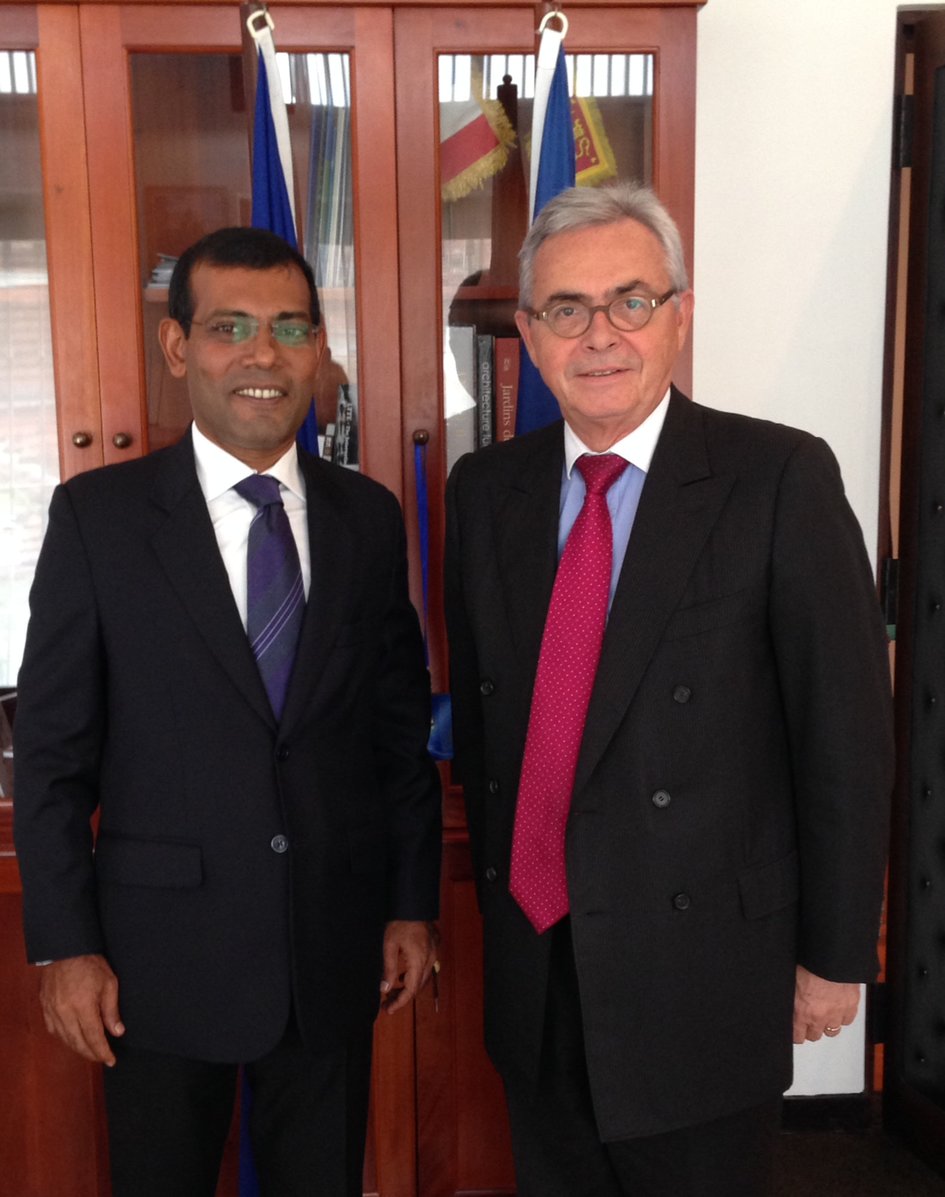 During the meeting, discussions were centered around recent political developments since the Presidential elections in November 2013 in the Maldives, the preparations of the Conference of the Parties on Climate Change (COP 21) which will take place in Paris in 2015 and also on the economic development of the country, particularly in the field of tourism. In democratic spirit, the Ambassador welcomes the opportunity to interact with the Opposition as well as with the Government of Maldives, on subjects of mutual interest.