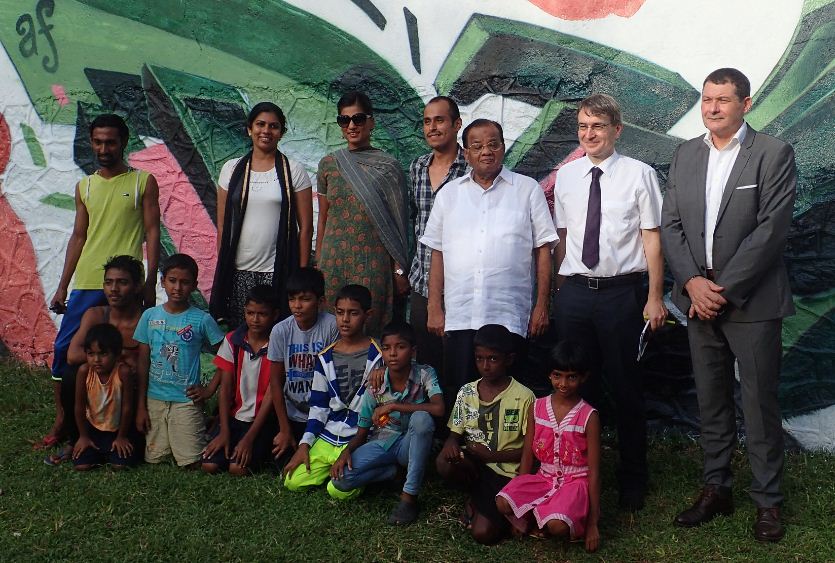 The French Spring Festival is still going on! Last week, the cities of Kandy, Matara and Colombo welcomed Raphe HEC, a French graffiti artist master in the art of spray can painting!

Internationally famous, Raphe HEC is a member of Hip Hop Citoyen, a French organization promoting urban arts. Recently, he also co-founded Haut en Couleur, a collective of artists who invade the streets of Paris, capital of France, with colourful creations!

He visited Sri Lanka from the 29th of June to the 4th of July, painting on several outdoor venues. In Kandy, he presented two major performances at the Alliance Française, raising the enthusiasm of the students. In Matara, everybody can now admire his artwork on the façade of Indian Spice, restaurant on Beach Road, and to conclude his tour in Sri Lanka, he created a giant fresco in Torrington Avenue, Colombo 7, for the greatest pleasure of the children from the neighborhood.

Raphe HEC’s unique style mixes graffiti, figurative illustration and always tries to pay a tribute to Sri-Lankan culture. His project aims at involving the local community in its creative process. In Matara and Kandy, the event attracted about 60 people, with attendance at its peak during the inaugurations of the artworks, which took place under the patronage of local authorities.

The Embassy of France gives special thanks to the Ministry of Cultural Affairs of Sri Lanka, the Galle Face Hotel, official hotel partner, Jet Airways, official airline partner, Colombo Municipal Council and all other partners for contributing to the great success of this street art session 2015, event of the 4th FRENCH SPRING FESTIVAL.

More information about the artist and the organization Hip Hop Citoyen available on these links: 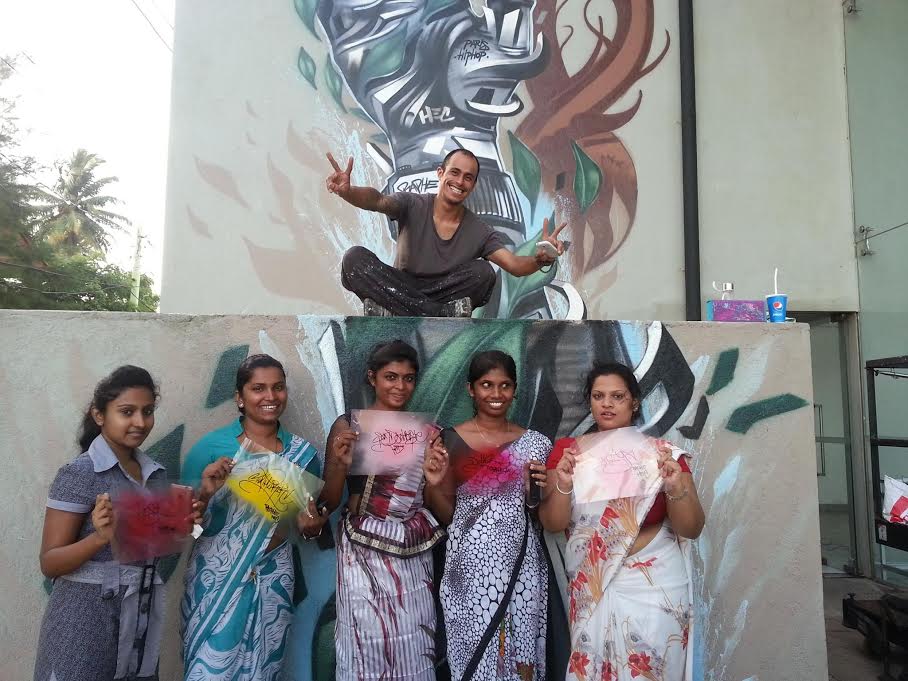