Home > Culture and Education > Cultural exchanges > Audiovisual and Cinema > Festivals and events > Rendez Vous with a ‘Young Lady’ from the Champ de Mars : the Eiffel (...)

Rendez Vous with a ‘Young Lady’ from the Champ de Mars : the Eiffel Tower!

Kumar de Silva invited all of Colombo’s lovers of the fine arts to share in his passion for black and white photographs of the Eiffel Tower – thirty original points of view captured with great artistic care at “Nostalgie03 - the Eiffel Tower Unplugged" and presented by the Alliance Francaise de Kotte. 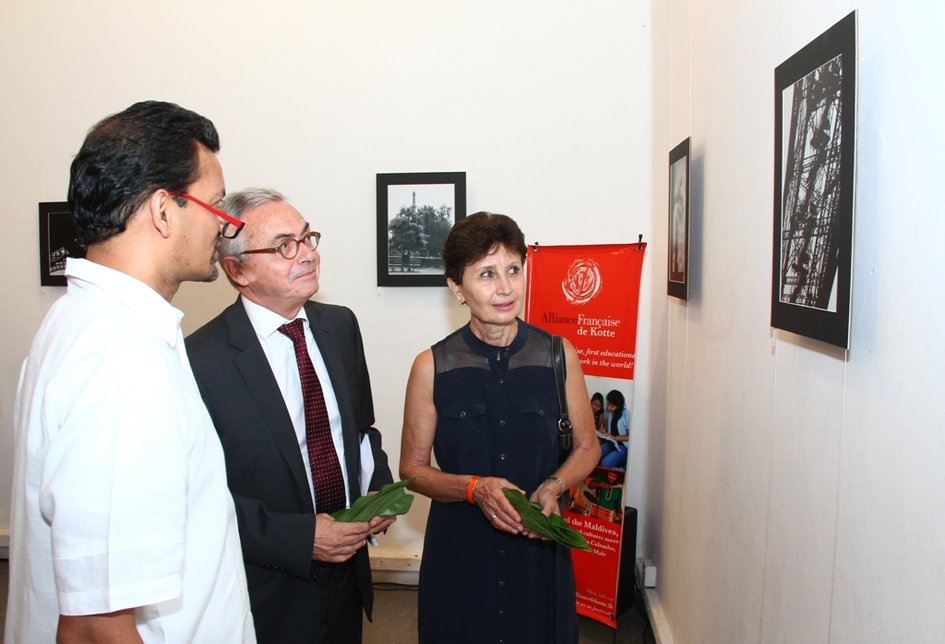 The date was Friday 04 October 2913. The Lionel Wendt Art Gallery, adjacent to the headquarters of the the Colombo Photographic Society was full of people mingling with three stunning mannequins draped in the colours of the French tricolore - blue, white and red, as they paused to look and admire the black and white images on the stark white walls. It was a French Evening in every sense of the word which literally transported guests to France, the world’s best and most visited destination.

This memorable evening was honored by the presence of Dr. Lester James Peries (Commander in the Order of Arts and Letters), celebrated at Cannes, Deauville, Nantes and around the world for his outstanding cinematographic work, whose spouse Sumitra Peries was a former Ambassador for Sri Lanka in France in the late 1990s. 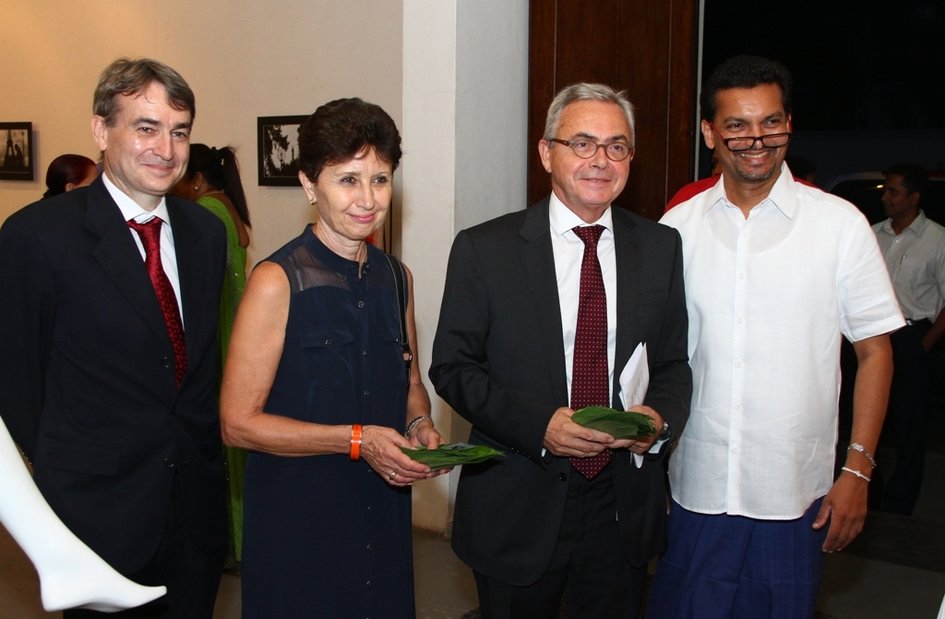 Chief Guest on the occasion was the new Ambassador of France in Sri Lanka and the Maldives, Mr. Jean-Paul Monchau accompanied by his wife Francoise. It was only that morning that he had presented his credentials to the President of Sri Lanka H.E. Mahinda Rajapakse.

The Ambassador surprised his audience by assuring them that the Eiffel Tower, often called the "Old Lady of Paris" and constructed for the Universal Exhibition of 1889 was in fact a young lady in full, shimmering light and courted throughout the years by millions of visitors as they posed to be photographed with her, under the watchful eye of the engineer Gustave Eiffel.

This event organised by the Alliance Francaise de Kotte and was also honored by the presence of its President Mr. Chandra Wickramasinghe and its Board of Directors which includes the photographer himself.

Situated at 18, Coniston Place, Colombo 07, the Alliance Française de Kotte is France’s ONLY such official French language and cultural centre in the Colombo City. With increasing numbers of students every term, it has become the preferred choice of all Sri Lankans, both young and adults, who wish to learn the French language, with certification and diplomas fully recognised by France. The Alliance Française de Kotte is fully affiliated to the Fondation Alliance Française in Paris and enjoys the total patronage of the Government of France and the Embassy of France in Sri Lanka.

“Nostalgie04 : Notre Dame de Paris” in October 2014 will be devoted to an authentic Old Lady of Paris – the celebrated Notre Dame Cathedral which was built in the 12th century and adorns the French capital with her magnificent glory.