The development of the economic and commercial ties between Sri Lanka and France is facilitated by the Economic Service of the Embassy of France in collaboration with Ubifrance, the French trade agency dedicated to assist French companies in their business development and investment projects, through its India office. The Embassy collaborates with other local organisations such as the SLFBC (Sri Lanka France Business Council) and local chambers of commerce.

During the last decade, the trade relation between France and Sri Lanka has witnessed a strong growth of 60% from 215 M € in 2002 to 346 M € in 2012. In the same period, the Sri Lankan export to France grew by nearly 80%. Despite of the economic slowdown in Europe, France remains a main market for Sri Lanka goods and ranks as the 11th export destination in 2012. Exports to France are led by the textile and garment products, which has witnessed a 100% growth since 2002, making up 55% of the total Sri Lankan exports to France in 2012. Despite the fact that Sri Lanka lost the benefit of the European Union Generalise Preferences System Plus (GPS+) in 2010, exportations of textile and garment to France continued to grow, by 12% in 2011 and by 23% in 2012. Other main Sri Lankan goods exported to France include food products (15%) and rubber based products (14%). In 2012 alone, the total Sri Lankan exports to France have increased by 10% to reach 220 M €. In the meantime, imports from France have recorded a slighter progress, with a growth of 38% since 2002. After an impressive performance in 2011 (200 M €), imports from France were recorded at a more usual level of 130 M € in 2012. These imports were mainly composed of transport equipment (37%), mechanic, electric and electronic equipment (23%) as well as chemical and cosmetic products (10%). In 2012, France was the 25th supplier of Sri Lanka. Moreover, the agreement signed on 19th of June 2013 between Airbus and Sri Lankan Airlines for the purchase of 6 A 330-300s and 4 A350-900s will keep the local airline an all Airbus operator, with stronger economic performance and will improve the volume of trade between our two countries. 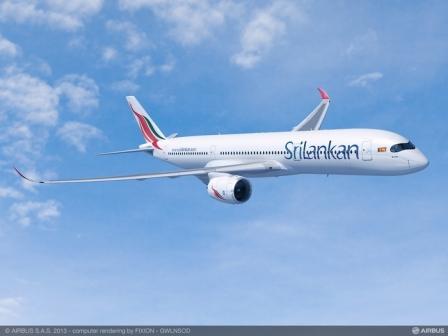 It is noteworthy that Sri Lanka is becoming a favourite destination for tourists. French nationals –more than 50 000 travelled to the island in 2012– are ranked fourth among foreign visitors. In order to foster the relations between Sri Lanka and France, the French Embassy is organizing or participating to a series of events involving French companies: last January, its Economic Counsellor supported a working breakfast in Paris organized by the Sri Lankan Embassy to introduce a 10 members business delegation from Sri Lanka to French businessmen and institutional bodies (ministries, chambers). On July 4th, a symposium on Urban Development, co-organized by the Embassy and the Sri Lanka France Business Council involved 10 participating French companies and two public financing French agencies (AFD, the French development bank, and Proparco, its private sector arm). A second seminar will be organized mid-September of which the topic will be the Public Private Partnership. Finally, the Embassy is working jointly with Medef International (Medef is an organization gathering large and small enterprises in France) to build a top executive business delegation to visit Colombo on the occasion of the Commonwealth Business Forum, to be held next November. Using the RPE (Emerging Countries Reserve) and FASEP (Private Sector Research and Assistance Fund) instruments, in many emerging countries, France is involved in funding development projects for which the implementation requires the expertise and know-how of French companies. Both instruments are accounted for as part of France’s official development assistance for which Sri Lanka is eligible. The most recent use of RPE in Sri Lanka was to provide the government with a concessional loan of 22,05 million Euros for the supply of 46 metallic bridges dedicated to the reconstruction of bridges on the National Highway network by the Road Development Authority. The commercial contract has been signed on 12th December 2012 and is presently under operation. 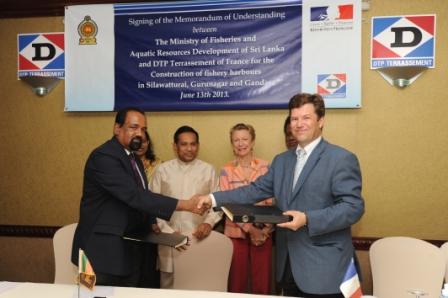 In case of commercial private bank financing for projects, the French Export Credit Assurance company COFACE, is covering Sri Lanka public sovereign risk on behalf of the French government. It will be the case in the next future for projects dedicated to water distribution and fishery harbours.