The Bamako Summit for Partnership, Peace and Emergence

The 27th Africa-France Summit for “Partnership, Peace and Emergence” will be held in Bamako, Mali on January 14, 2017, in the presence of forty heads of States and governments, as well as representatives of several international organisations. The Bamako Summit follows the Elysee Summit for Peace and Security in Africa, an initiative of French President of the Republic, François Hollande, which took place on the 6th and 7th of December 2013. By organising this summit in Bamako, African countries and France wished to give recognition to Mali for the sovereignty and democracy it has regained. The challenges that Mali faces today are those of all Africa: training its youth, developing its agriculture, mobilising public and private economic investment, accessing energy and water, building of infrastructures and developing the North of the country. 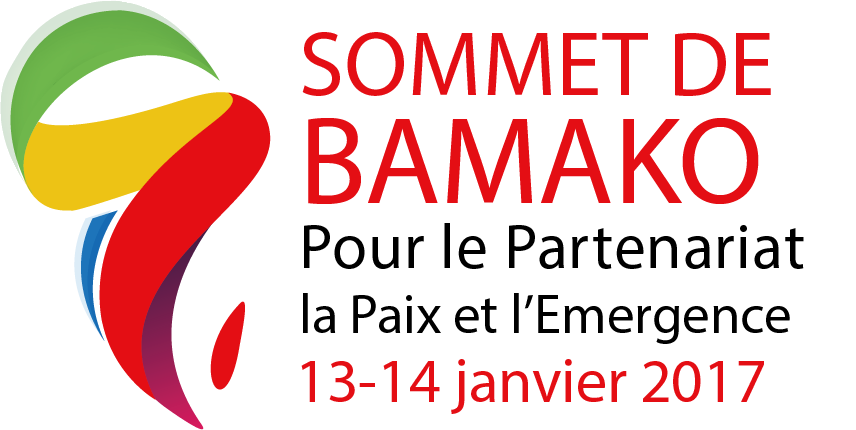 Two major themes were selected as objectives for this Summit:

Peace and Security in Africa

Africa faces terrorism, armed conflicts, and political instability. The evolutions of security risks and threats, of cybercrime, of all types of trafficking and the progress of radicalisation have gone through new developments in recent years.

The Bamako Summit should allow heads of States to share a vision of these threats and of the corresponding responses, in order to strengthen all aspects of peace, security and stability in Africa.

Emergence, for a shared and job-rich growth

Economic growth in Africa is an indispensable condition for the improvement of the lives of its population. It is also a potential motor for the global economy. This growth must come with reforms in favour of the stability of African economies: improvement of the business environment, redistribution of income, emergence of a well-trained and -remunerated middle class, and better attractiveness for foreign investment.

Education and professional training, innovation, digital transition and access to funding will be at the heart of the exchanges between delegation leaders.

Three years after the Elysee Summit, the Bamako Summit will confirm the important and dynamic engagements taken by France since 2013. It will also be an opportunity to announce new engagements for the coming years.

Concerning security and the struggle against terrorism, the initial goal of training 20,000 African soldiers, allowing progress towards the autonomy of African armies, has been substantially exceeded. The Bamako Summit will give an opportunity to announce a new goal of training 25,000 soldiers per year, that is 25% more than the 2013 objective.

Regarding economy and development, the goal of committing 20 billion euros in five years to the development of Africa has also been fullfilled, as 4 billion euros a year have been engaged since 2013.

During this Summit, the President of the Republic will announce the engagement of an additional billion euros per year for development projects across the African continent, also a 25% increase over three years. A Franco-African investment fund for SMEs will be created.

Regarding climate, the goal was also met with the conclusion of the Paris Climate deal and a pledge of 2 billion euros per year until 2020 to support renewable energies in Africa. The Bamako Summit will be an opportunity to announce the increase of this sum to 3 billion euros a year, 50% more than the original objective.

En savoir plus : Further information (in French): Website of the 27th Africa-France Summit