The Embassy of France to Sri Lanka and the Maldives had the honour to bestow the honorary distinction of Officier de l’Ordre National du Mérite onto M. Chandra Wickramasinghe. The ceremony took place at the Résidence de France, on November the 16th, 2017, in the presence of Hon. (Dr.) Sarath Amunugama, Minister of Special Assignments and Hon. Mr. John Amaratunga, Minister of Tourism Development & Christian Religious Affairs.

L’Ordre National du Mérite is a French order of merit with membership awarded by the President of the French Republic, founded on 3rd December 1963 by President Charles de Gaulle. The National Order of Merit is one of the highest national Honor in France. Its recognizes "distinguished merits".

M. Chandra Wickramasinghe’s expertise in the field of tourism makes him one of the most eminent personalities in the sector, with three & a half decades of experience in the tourism industry. In 1982 he founded the travel agency Connaissance de Ceylan to fulfil a much-felt need in the industry. Being fluent in the French language was an advantage and he had a significant opening into the French market. He developed his hospitality business successfully and now runs a dozen hotels in Sri lanka under the Theme Resorts & Spas group. 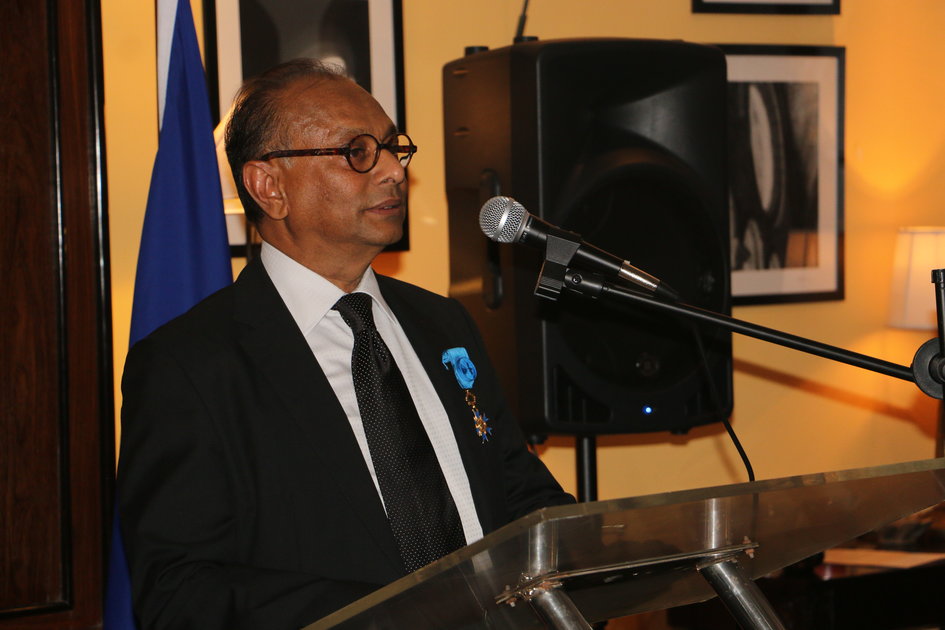 He has done a remarkable work in including sustainable development and environment protection in his hospitality activities and his concepts of eco-cultural tourism and Ayurveda have gained much popularity in Sri Lanka. Being one of the leading inbound operators on the French market, he contributed to strengthening the economic and cultural ties, as well as mutual understanding, between France and Sri Lanka. He was recognized as Sri Lankan Entrepreneur of the Year in 1999 and was distinguished with the National Silver Award presented by Sri Lankan Federation of Chambers of Commerce and Industry. His hotels have won many awards and, recently, he was nominated for the ‘Business Today Passionate 2017’ segment for his exceptional contribution to Sri Lanka Tourism.

He was also very active, with his wife Patricia, in the aftermath of the 2004 tsunami, helping rebuild houses and develop education in favor of local communities.

A dynamic supporter and sponsor of French cultural events, M. Chandra Wickramasinghe is a founding member of the Alliance Française de Kotte in Colombo and has been a respected and active Chairman of this institution until 2017. His commitment to the Alliance française has been crucial in the success of this flagship institution for French Education and Culture in Colombo. 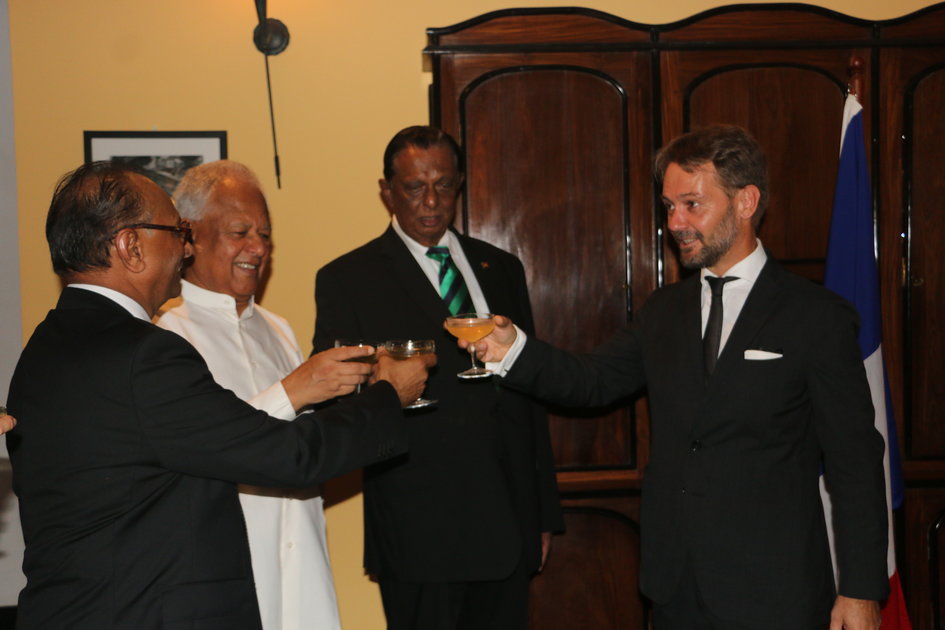