Home > Culture and Education > Cultural exchanges > French Spring Festival > The best of France and of Sri Lanka gathered specially for a tourist event (...)

The French Embassy in Sri Lanka and the Maldives and the Alliance Française of Kotte organized Tuesday the 11th of July a conference on tourism in France and in Sri Lanka as part of the French Spring Festival 2017. 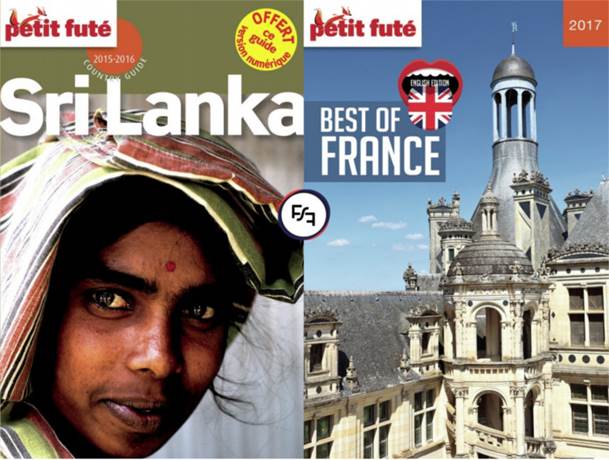 Then the Director of the tourism agency Atypique Lanka - Chamika Kathri Arachchige - and the production Director of the agency Shanti Travel - Françoise Houet - unveiled the secrets of Sri Lanka through culture and nature.

This conference enabled the Sri Lankan public to discover the most visited towns of France aside from Paris (Lyon, Lourdes, Toulouse, Nice) and the most attractive activities according to foreigners and French people. Roxane Lamouille underlined the fact that France cannot be resumed to Paris and its monuments. On the contrary, many treasures are hidden in each region of France – from Charente-Maritime to Var and Finistère.

A preview of Cédric Gatillon’s pictures taken in Sri Lanka was also displayed. This art work which captures the daily life and the singular beauty of the island, will be exhibited at the Black Cat Café between the 15th and 25th of August.

France is the first touristic destination in the world with 85 million of travelers in 2015. The tourism industry represents 7.2% of France’s GDP.

With a growth of 11.7% between 2015 and 2016, more than 2 million tourists visited Sri Lanka last year. This destination is becoming more and more popular for French people with more than 100 000 of them visiting the island in 2016.