A loan agreement was signed for a EUR 75 million project in Ratmalana and Moratuwa on Monday 18th February 2019, by R. H. S. Samaratunga, Secretary to the Ministry of Finance and Mass Media and Mr. Martin Parent, AFD Country Director accompanied by Mr. Eric Lavertu, Ambassador of France to Sri Lanka and the Maldives. 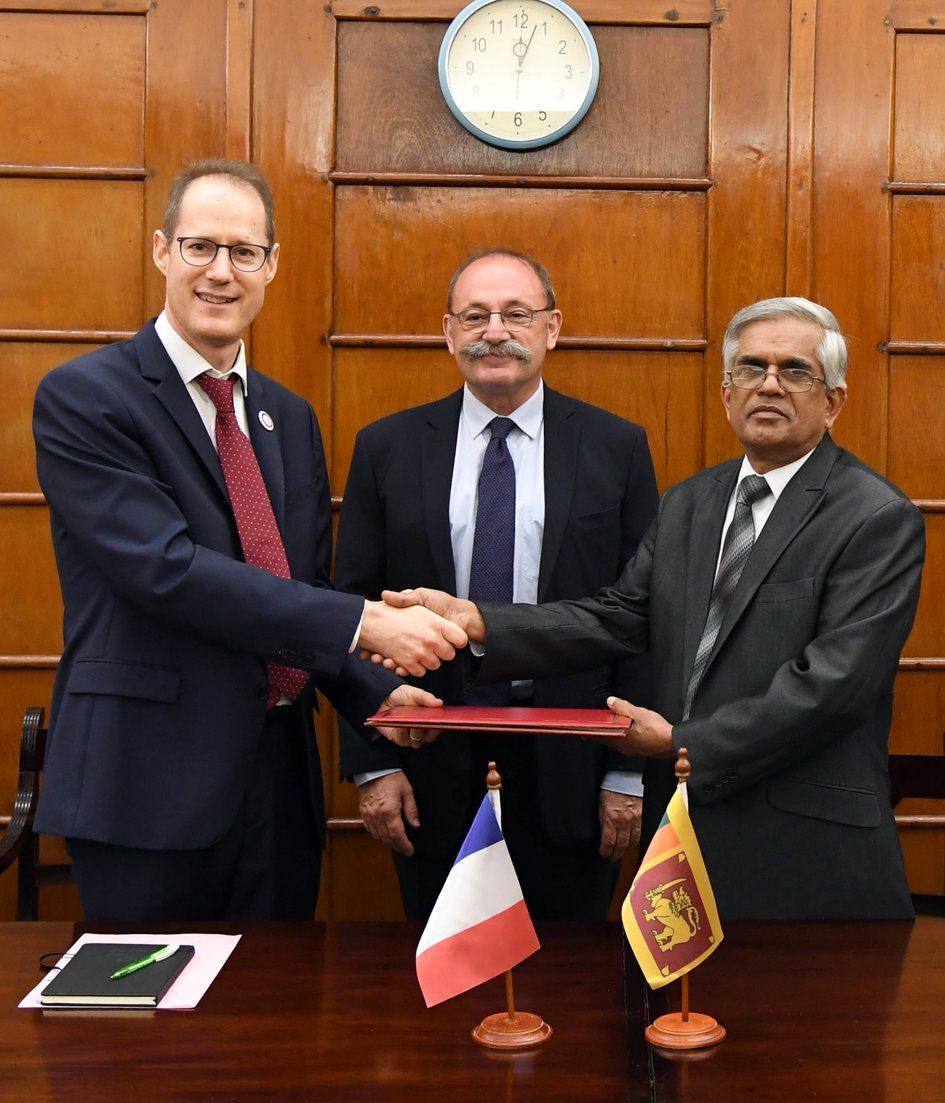 By developing the sewerage service, the project aims at improving the living conditions of Ratmalana and Moratuwa inhabitants and preserving the coastal ecosystem. The project cost is estimate at EUR 105 million, of which the Government of Sri Lanka finances EUR 30 million and AFD EUR 75 million through a concessional loan. The project will include significant extensions of the sewerage network and the optimisation of the existing wastewater treatment plant in Ratmalana.

The design horizon of the Project is 2040. It will be implemented over a period of six years (including the detailed design studies) by the National Water Supply and Drainage Board (NWSDB) of Sri Lanka. The NWSDB is currently finalising the detailed design with the support of the consultant recruited for the Sanitation and Hygiene Initiative for Towns (SHIFT) project, also financed by AFD. AFD has become one of the main donors in the urban sanitation sector in Sri Lanka. A first Credit Facility Agreement has been signed in 2016 for the SHIFT Project (EUR 76 million), cofinanced by the European Union (EUR 5.7 million), for Negombo’s wastewater management and the preliminary studies of a similar project in Kelaniya, Peliyagoda, Galle and Unawatuna entitled « Coastal Cities Project ».

Today, in Sri Lanka, more than 3 million inhabitants live less than a kilometre away from the coast, and less than 1% of the population is connected to a wastewater treatment system. In this context, developing the sanitation sector is key for public health, and for economic, social and environmental reasons. The Government of Sri Lanka aims at achieving a service coverage rate of 7% by 2020 and has requested AFD’s support to develop this sector, new to Sri Lanka and the NWSDB.

In order to meet the challenges of both preserving and developing the Blue Economy potential of Sri Lanka, AFD supports the government’s ambitions and finances the sanitation infrastructures that are needed in selected coastal cities. In addition, AFD is considering supporting the tourism sector as well as the development of fishing harbours to the highest standards. 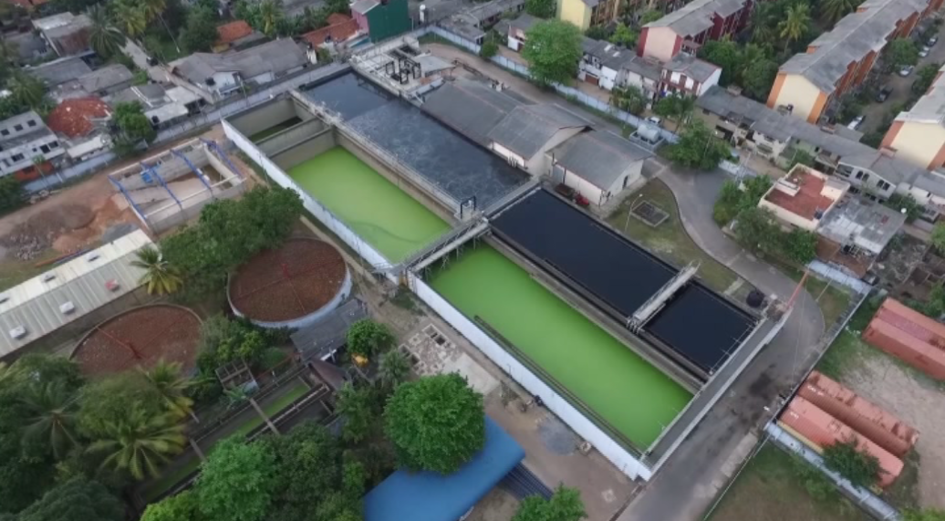 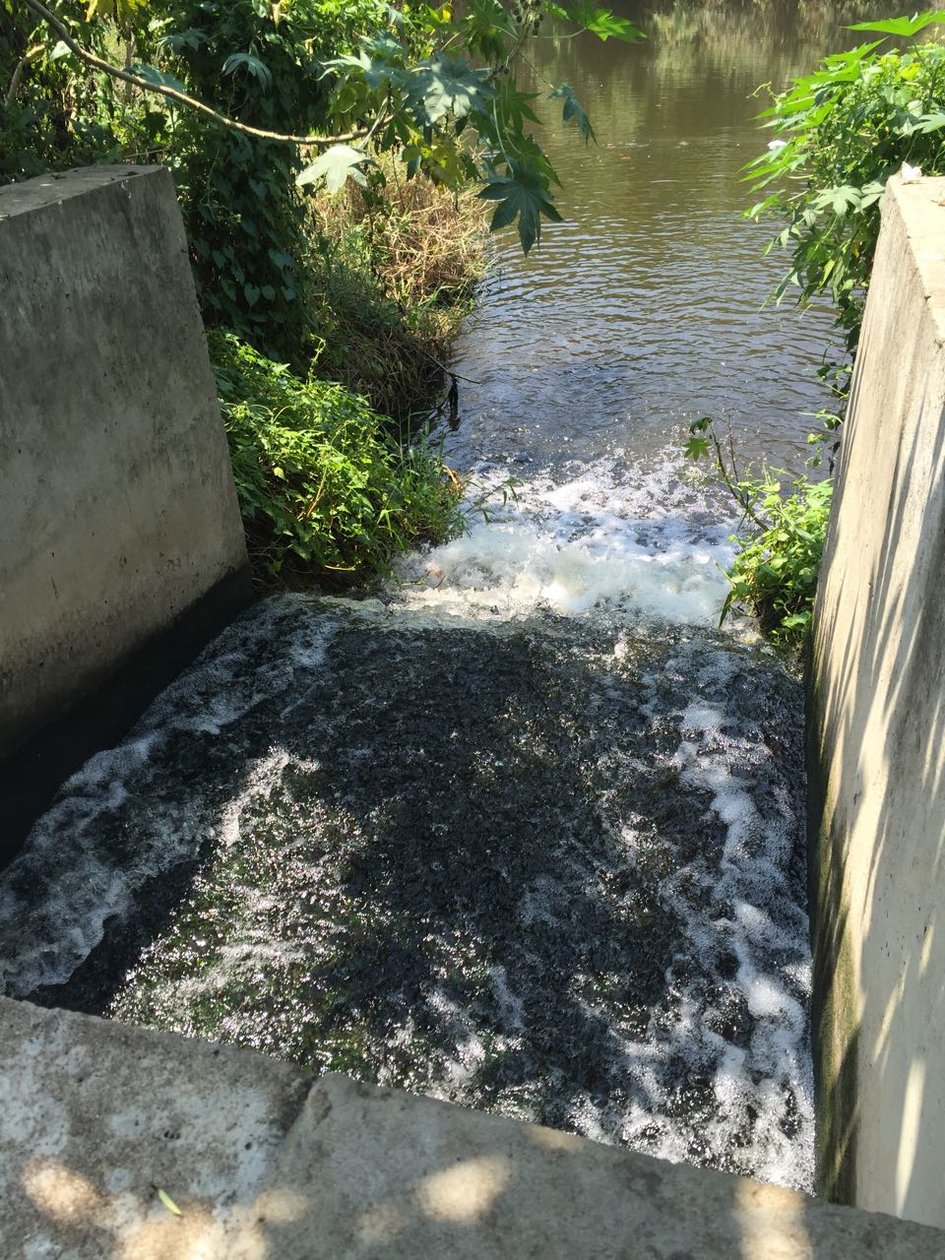 Discharge of treated wastewater into the natural environment