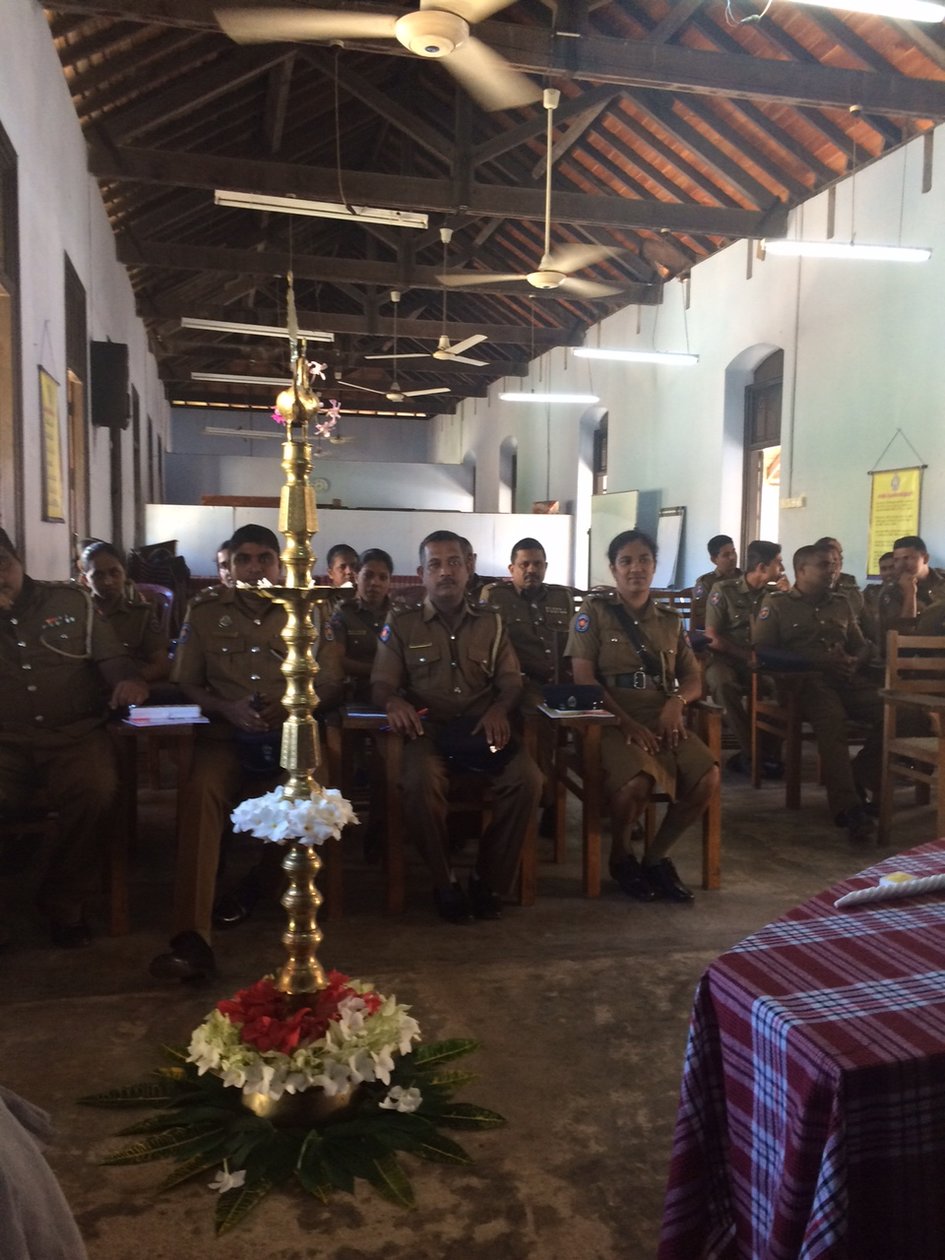 The award ceremony for the completion of French language course was held on Sunday, 9th October, at the Police interservice Training Institute, in Galle Fort. Councellor for cooperation and cultural Affairs at the French Embassy presented the certificates of proficiency in French for twenty officers from all main police divisions in the South. This program is implemented by the Alliance Française of Matara and Galle since late 2013, under the direction of Mr. Ananda Ruhunuhewa, lecturer at the University of Ruhuna. It takes place in two classroom sessions of three months for a total of fifty hours. A new group of officers, both male and female, coming from Tangalle, Hambantota, Ambalangoda, Hikkaduwa and Galle in addition to Matara started a similar 6-months internship starting mid-October.

During his speech, the Superior Senior Intendant of Police De Silva focused on the concern of the authorities to strengthen the safety of tourists, including francophones, more frequent visitors in the country. The trained officers come from different police sectors, particularly the crime unit, the unit for the fight against fraud and corruption and also from a section having to deal with all issues concerning women and children. This language training program is part of a broader program to support the development of tourism sector in Sri Lanka, especially in the southern coastal area.

Thanks to Alliance Française de Matara & Galle for this useful professional French courses!