From April 5 to 8, representatives of four French engineering schools were present in Sri Lanka: the EPF (formerly Ecole Polytechnique Feminine) of Sceaux, the ESTP (Special School of Public Works) of Cachan, Sup’Biotech, engineering school of biotechnology in Paris, and ESIGELEC (School of Engineering in Electrical Engineering) of Rouen.

They were invited by American International Campus (AIC), a Sri Lankan school already partner of ESIGELEC. The ESIGELEC-AIC partnership has already allowed the sending of 6 Sri Lankan students to the Rouen School after a two-year preparation at AIC (with French courses at the French Alliance). A group of 9 students is planned for next year.

The invitation of the 3 new schools (EPF, ESTP, Sup-Biotech) made it possible to conclude a new agreement with AIC. The Sri Lankan school will now be able to offer its students a "platform" of engineering studies in France, depending on the specialty among the four signatory schools. After an initial two-year training, students will be able to join one of the French campuses.

The representatives of these schools were received on April 8 for a dinner at the Residence. 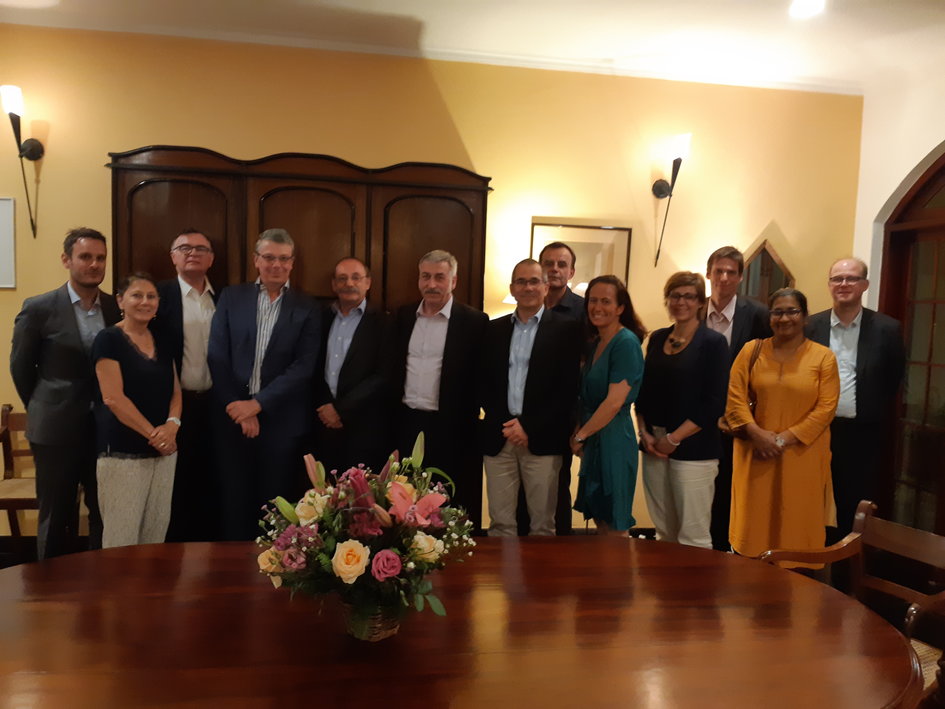