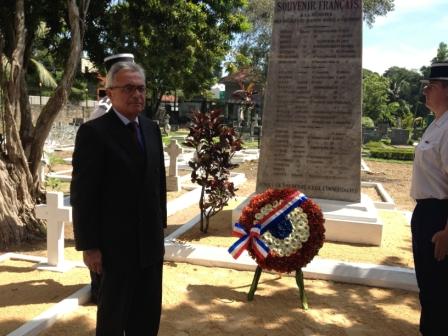 During the ceremony held for the commemoration of the end of the First World War (1914-1918) on the 11th of November, the Ambassador of France, Jean Paul-Monchau laid a wreath at the monument dedicated to the French squadron in the Borella cemetery. Members of the French community of Colombo gathered in front of the military stele in order to honour the memory of the soldiers fallen during battle as well as that of the all the victims of this particularly gruesome conflict. This ceremony held on the 11th of November also marked the beginning of the centennial commemorative year of the First World War. Do join us next year on the 11th of November 2014 in the Borella cemetery for a remembrance ceremony, a hundred years after the beginning of the war.

To find out more about the Centenary Mission: http://centenaire.org/en. 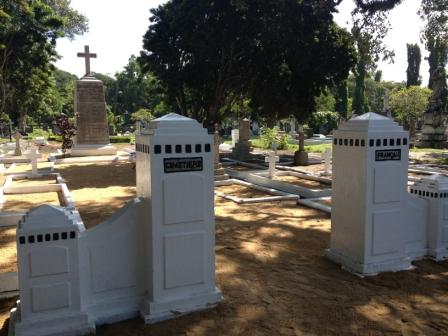 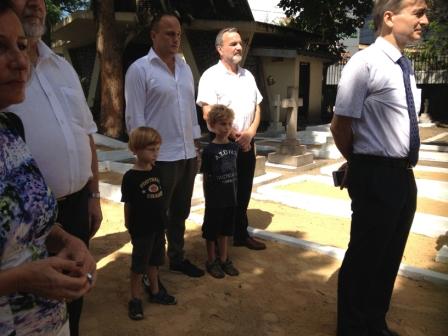